6 Things You Can Only Do In The Andaman Islands

The Andaman Islands are well known for their beautiful coastlines and lush forests. Though it is an Indian territory, it is located 1370 kilometres from the Indian mainland. Geographically, they are actually closer to South East Asia, being just 150km from Indonesia and 190km from Myanmar.

Only a dozen or so of the 572 Andaman Islands are open to tourists, but there is much to see and many unique experiences to be had here.

6 Things You Can Only do in the Andaman Islands 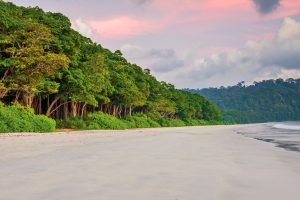 Regularly voted India’s best beach, the white sands of Radhanagar are an absolute must see. Whether you plan to swim, go for a walk, or just sunbathe, this is the place to be. However, if you’re looking for excitement, Havelock Island has that as well. This one amongst our list of the best beaches in India.

2. See the atmospheric ruins at Ross Island, near Port Blair 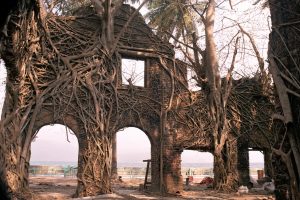 Located near the capital, Ross Island was once the hub of the British Colony in the Andamans. Abandoned after an earthquake in 1941, the island is now home to many species of birds and deer.

3. Step back in time at Port Blair’s Cellular Jail 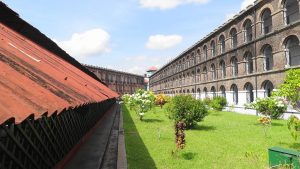 A former British prison, the Cellular Jail was begun in 1896 and contained 698 cells. It was used to imprison those who fought against the British and is now a National Memorial. 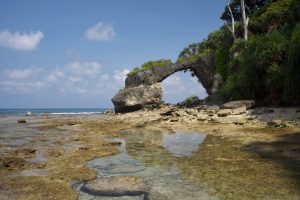 This tranquil island is home to some stunning natural rock formations which can only be seen at low tide. Try walking to the limestone caves on Sitapur beach at sunrise for a spectacular experience.

5. Experience the only active volcano in India on Barren Island 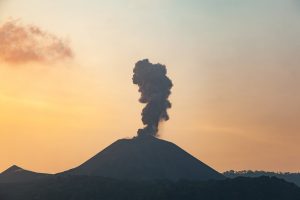 Part of a long a chain of volcanoes from Sumatra to Myanmar, this is the only active Volcano in South Asia. Hire a boat and watch it spewing lava and ash, but remember you’re not allowed to land on the island due to safety concerns.

Also read: 6 active volcanoes you can actually see up close 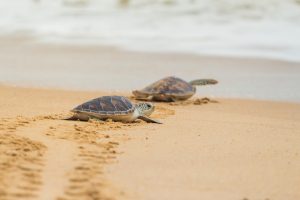 Between December and March, thousands of turtles come to the Andamans to lay eggs. At Kalipur and Ramanagar Beaches, you can spot numerous species coming ashore at sunset. Try to use tours provided by the Forest Department, and don’t touch the turtles.