Don’t Miss These 11 Things To Do In Israel

Israel is so much more than just a religious destination. While it’s regarded by Jews, Christians, and Muslims as the biblical Holy Land, it is also full of the history and culture of one of the oldest civilizations in the world.

Israel offers some of the most diverse experiences, both religious and secular. From the bright high rises and beaches of the capital, Tel Aviv, to the historic Old City of Jerusalem, whatever your reason for visiting, you’ll be awestruck by its beauty.

The Old City of Jerusalem 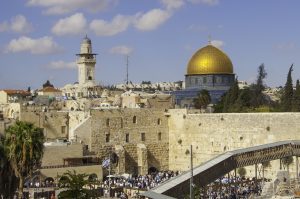 Within the Old City lies some of the most sacred sites in Israel. The Temple Mount complex includes the Dome of the Rock, the Western Wall  (also called the Wailing Wall), the Al-Aqsa Mosque and the Church of the Holy Sepulchre. Thousands of pilgrims flood into the walled city each day. Also, check out the Mahane Yehuda Market. 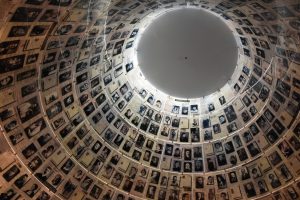 Israel’s memorial to the Jews who died at the hands of the Nazis is a must see in Jerusalem. Covering 18-hectares, it examines the history of anti-Semitism in Europe that led to the Holocaust through artifacts, films, personal testimonies, photographs, and art installations. Entrance is free. 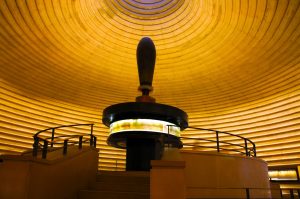 The vast Israel Museum in Jerusalem holds over 5000 years of history and culture. Check out the Archaeological Wing and the Rhythm of Life Room’s displays of traditional Jewish ceremonies. The real highlights, however, are the Dead Sea Scrolls, some of the world’s oldest biblical manuscripts. They are located in the Shrine of the Book (pictured). 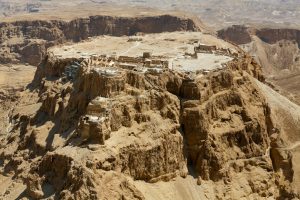 On the edge of the Dead Sea sits the isolated desert mesa of Masada. The 1st-century Roman ruins were the site of the Jewish last stand against Roman rule in 73 CE. Visitors can see the palaces built by King Herod the Great and the structures used by the Sicarii rebels. Far below are the remains of the Roman 10th Legion’s siege base. 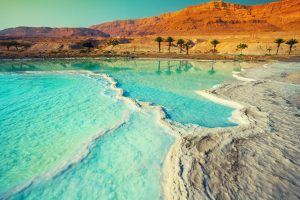 This is another must-see. The Dead Sea is the lowest point on Earth, and its ultra-salty water creates a harsh environment but is famous for its health spas and mineral-rich black mud. However, in recent years the sea has been shrinking at an alarming rate, so visit while you can! 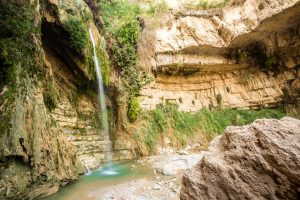 The En Gedi Nature Reserve near Masada is made up of two canyons, Wadi David and Wadi Arugot, that run parallelly. Situated somewhere between the two lies an ancient 5th-century synagogue. Its spectacular mosaic floor is decorated with Aramaic inscriptions and the twelve signs of the Zodiac. 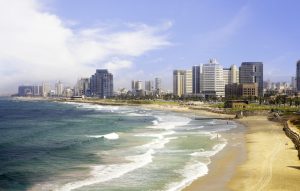 This bustling Mediterranean city is famed for its cosmopolitan nature. From art galleries to museums, parties, parks, restaurants, and markets, there is something here for everyone. However, Tel Aviv’s biggest draw is its strip of gorgeous beaches. 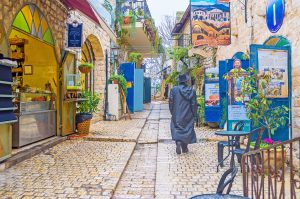 The peaceful retreat of Tsfat, or Safed, in northern Galilee, has been a center of Kabbalah (Jewish mysticism) since the 16th century. Its labyrinth of colorful cobbled streets is home to an eclectic mix of former hippies, artists, Hasidic Jews, and tourists. 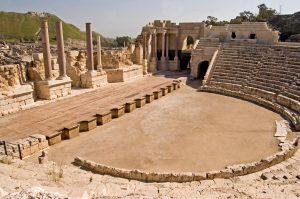 Though the strategically situated Beit She’an, is a small town today, its extraordinary Roman ruins still evoke the grandeur and decadence of life in Ancient Rome. Seating over 7000, its amphitheater (pictured) looks much as it did 1800 years ago. It is located south of the Sea of Galilee, Israel’s largest freshwater lake. 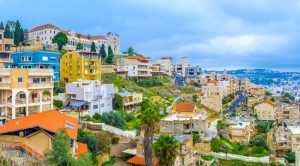 Once a quiet Roman-ruled Jewish village in northern Galilee, Nazareth is now filled with busy shop-lined thoroughfares and crumbling Ottoman mansions. According to Biblical traditions, it was in Nazareth that the Angel Gabriel appeared to Mary to tell her she would give birth to the Son of God (the Annunciation). Today the Basilica of the Annunciation sits on what is believed by many Christians to be the site of Mary’s home. 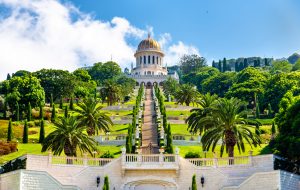 Built over 19 step terraces, the formal gardens at Haifa house the domed shrine that is the final resting place of the Báb, the prophet-herald of the Baha’i faith. The gardens lie on the slopes of Mt Carmel. Laid out symmetrically, the bubbling fountains, flower beds, and lawns are meticulously tended and overlook the Mediterranean.