A Travel Guide to Atlantic City: A Tourist’s Paradise

Atlantic City in New Jersey, USA is perhaps most known for its dazzling casinos and luxurious resorts. Beaches and boardwalks define the charismatic vibe of the city. While gambling is a prime attraction in the city, there’s also a host of other things for tourists to do. The seaside city is perfect for bachelor(ette) parties, romantic getaways and day trips. Here’s a guide to Atlantic City if you’re looking for places to plan your next vacation!

Atlantic City has a small international airport that is only a 20-minute drive from the town centre. Most flights to the city come in from Florida. There’s a train service from Philadelphia as well called NJ Transit. Buses that leave Atlantic City stop at various casinos to pick people up as well. The Atlantic City Express Train Service runs from New York City, making one stop in Newark, New Jersey. 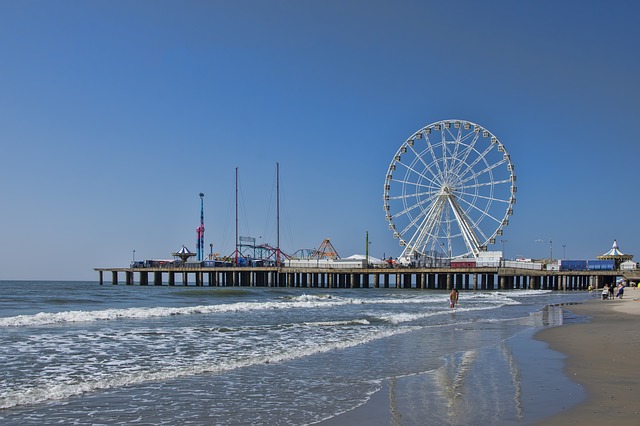 The best way to experience Atlantic City is on foot. Many of the attractions are within walking distance of one another, so you can conveniently hop from one to the next! If you’re tired of walking you could always get on to Jitney minibuses. There’s even an option of being pushed along the boardwalk in a shaded rolling chair. Talk about luxury, right?! If buses are not your cup of tea, you could always rend cars and travel around. You will easily find car rental agencies around the city.

When to Visit Atlantic City

Summertime in Atlantic City is peak tourist time because the beaches are warm and ideal for some sunbathing.  The boardwalks are packed during the summer months and it can feel a little over-crowded. If you want some peace and quiet you can always visit Atlantic City during the colder months which is generally the off-season. It is also when hotel prices are much more affordable. March to May is the best time to travel because the humidity is in check.

Things to do in Atlantic City

Hard Rock Hotel is a huge casino resort in Atlantic City. Even if you aren’t planning on staying here, it’s a great place to visit. It has plenty of restaurants, shops and nightclubs you could hang out at.

Borgata’s is one of the most upscale resorts in Atlantic City. If you’re in the mood for some gambling head to its jazzy casino for a fun night!

This amusement park is located on a pier over the Atlantic Ocean and has great rides, restaurants and food vendors!

Head to this boardwalk for iconic oceanfront views and a host of restaurants and shops that have been around since 1870! 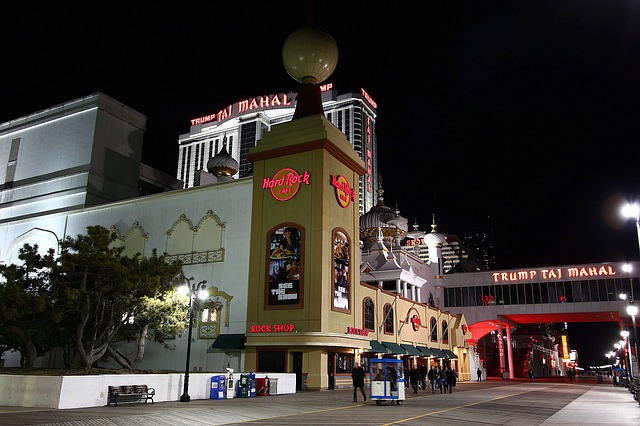 Abescon Lighthouse is the state’s tallest lighthouse that’s open for climbing and has some spectacular views of the city.

A quaint maritime park, Historic Gardner’s Basin has a variety of activities, including an aquarium, fishing & sightseeing.

Also Read: The Top 8 Casino Cities From Around the World

Are you ready to head to Atlantic City? Tell us in the comments below!