Known to be a premier hiking trail in the United States, the John Muir Trail is a long-distance trail in the Sierra Nevada mountain range of California. Passing through Yosemite, Kings Canyon and Sequoia National Parks, this 211-mile high-country route offers some of the most scenic vistas in the nation. With its high altitude peaks, alpine lakes, and scenic meadows, the John Muir Trail is known to be one of the most beautiful treks on earth.

“The Mountains are calling,

and I must go”

It is named after a famous 19th-century naturalist and conservationist, John Muir who was instrumental in the development of the National Park system and the fight to help preserve the American wilderness.

The Trail begins from the northern terminus at Happy Isles in Yosemite Valley, runs southeast, passing south of Half Dome and then on to Tuolumne Meadows. From here, it turns south, running parallel to the main range of the Sierra Nevada, through Yosemite National Park, Inyo and Sierra national forests, passing through Devils Postpile National Monument, Kings Canyon National Park, and ends at the highest peak in the continental United States- Mount Whitney at 14,496 ft. 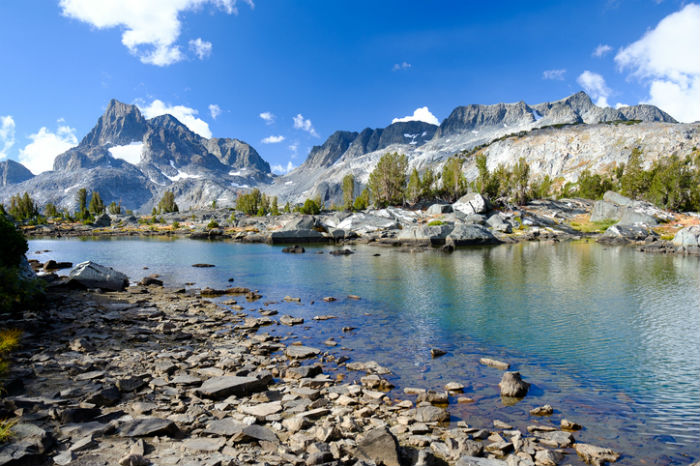 From the southern terminus of the JMT at the summit of Mount Whitney, an additional 10.6-mile (17.1 km) hike is required to reach the nearest trailhead at Whitney Portal. This makes an end-to-end traverse of the John Muir Trail effectively 221 miles (356 km) long. The route climbs nearly 46,000 feet of elevation and crosses six high elevation mountain passes.

Officially, John Muir Trail is 210.4 miles long which ends at Whitney Summit. An additional 11-mile hike is required to get from the summit of Mt. Whitney which will then make it 221 total miles (end-to-end length with the summit of Whitney and descent to Whitney Portal).

Highest Elevation: The highest point on the trail is the southern terminus, Mount Whitney, at 14,505 feet (4,421 m), which is also the highest point in the continental United States.

Lowest Point: At 4,040 feet (1,230 m), the northern terminus at Happy Isles in Yosemite Valley, is the lowest point of the trail.

It is required to carry a wilderness permit for anyone who’s hiking along the John Muir Trail. You only need one permit for the entire trip and how you can obtain your permit through Yosemite National Park (for a north-south trek) or Inyo National Forest (for a south-north hike). Keep in mind that you need to apply for the permit 5-6 months before and they will be available exactly 168 days before your start date.

New for 2019, all the aspiring backpackers will be able to use the new online permit request form that includes a rolling lottery!

Most agree that the prime time to hiking the John Muir Trail is early July through mid-September, depending on lingering snow in the high country. This is the time when the snow has melted from the passes. Also if you start early, you’ll be blessed with cooler weather, less crowded trails, and an abundance of water sources.

If you are planning to hike during summer, come prepare because even then, there are chances of extreme weather.

Gear up- Packing up Essential Gear for John Muir Trail 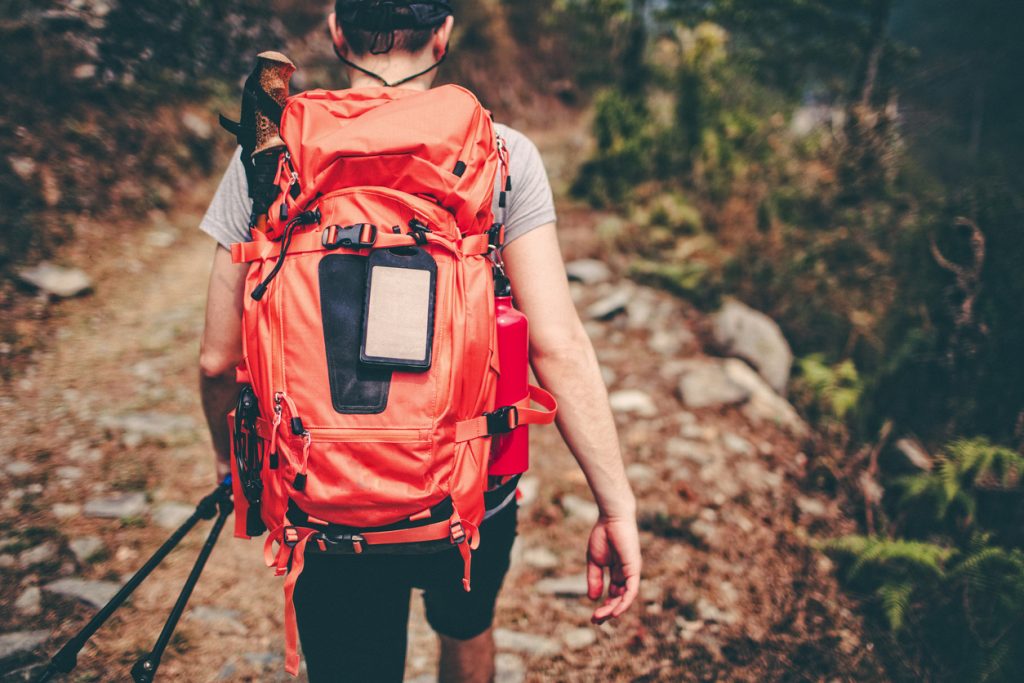 The goal for your backpack is to be as lightweight as possible without leaving behind any essentials or being unnecessarily uncomfortable. That means your gear should have a solid tent, warm sleeping bag, sleeping pad, bear-proof canister for food storage, warm clothing for cold nights, rain gear, first aid kit, stove, camp food, water, water purification supplies. Limit your shirts, socks, and undies to 2-3 pairs and it’s also a good idea to test everything out before you hit the trail. The last thing you want is to find out that your water filter is broken or that it is too heavy after you are already out on the trail.

Also Read: How to Pick the Best Travel Snacks for Your Hike or Trek

How long does the Hike take?

Usually, most people complete the John Muir Trail in 2-3 weeks, but it can be hiked as little as 10 days also. But that would require hiking about 20 miles per day. So, hike at the pace you feel comfortable hiking and enjoy this famous route through the Sierra Nevadas.

Given that the trail is almost entirely above 8,000 feet, and finishes at 14,505 feet at the summit of Mount Whitney, altitude issues are not unexpected. So be prepared for Acute Mountain Sickness as it is a real threat. Educate yourself to understand how best to acclimate and recognize symptoms (they might include – difficulty in breathing, headache, dizziness, and nausea). This happens regardless of age, gender, and physical condition of the traveller, therefore, know when to descend to avoid potentially fatal consequences.

Tip: Hike north-to-south, so that you can gradually adjust to the altitude.

So plan your hike the John Muir Trail this year and do let us know about your experiences in the comments below!