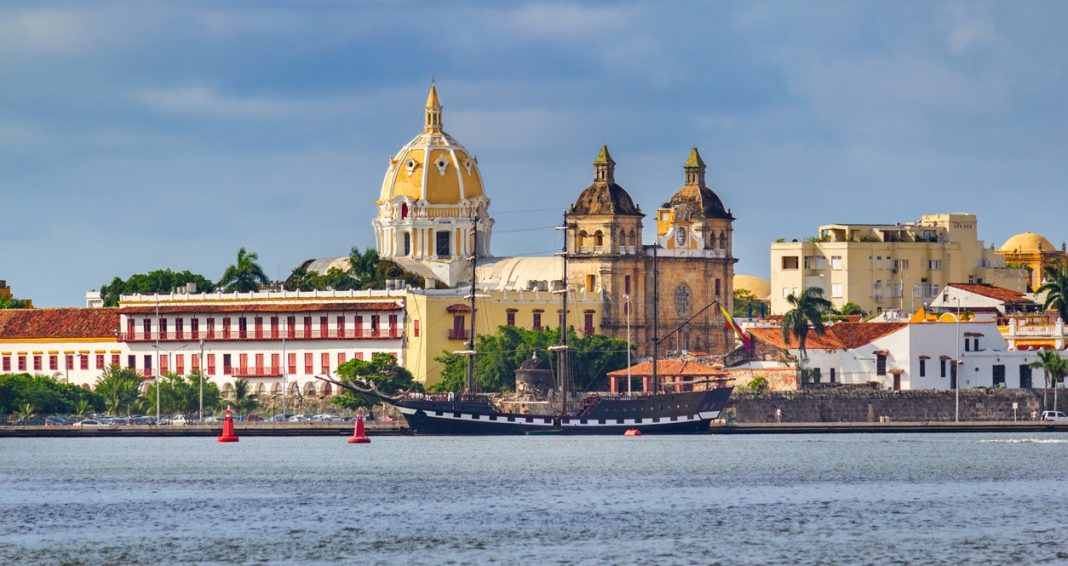 Previously known for its drug cartels and corruption, Columbia has turned over a new leaf in the last two decades. After death of Pablo Escobar in 1993, it slowly turned into one of  Latin America’s best destinations. From sandy beaches to lush rainforests and historic cities, there are many reasons to visit Colombia.

1. It is Home To Cartagena 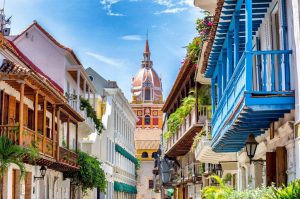 The fortified colonial city of Cartagena is nestled on the Caribbean coast. It was one of the region’s key ports from the 16th to 18th centuries, repelling both invaders and pirates. This beautiful city is often called jewel of South America. Colourful flowers spill from ornate balconies, horse cars still pass through the streets, and its plazas are filled with colonial charm.

Cartagena was also featured in the film Romancing the Stone, and was where Kathleen Turner’s character Joan Wilder begins her Colombian adventures. The city is also known for its great nightlife, museums, and luxury hotels on the Bocagrande beachfront 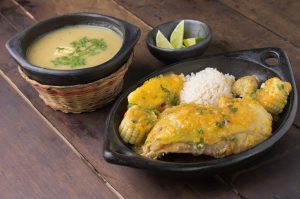 Colombia’s cuisine varies from region to region, and is heavily influenced by cultural traditions. There are lots of delicious dishes to try, such as the Colombian arepas; bandeja paisa (a platter with many different items); ajiaco or sancocho soup; aborrajados (fried plantains stuffed with cheese); buñuelos and natilla (fried bread balls and a firm custard). Colombia is also famous for its coffee. Also, don’t miss the many colourful fruits Colombia has to offer.

There are many ancient archeological sites dotted around Colombia. One of the most intriguing is San Agustin. Home to over 500 monoliths, and statues built by a mysterious pre-Incan culture. The stone figures depict human figures, monsters and animals such as snakes, birds and jaguars. In the dense jungle of the Sierra Nevada de Santa Marta lies another ancient city. Ciudad Perdida was built 650 years before Machu Picchu, but was only rediscovered in 1976.

4. One of the World’s Biggest Carnivals

The Barranquilla Carnival is one of the biggest carnivals in the world, and an important part of the Colombian year. Occurring 40 days before the Holy Week, its parades and parties give Rio a run for its money. It takes place over four hedonistic days that are a big draw for tourists and locals alike.

Colombia is the only South American country that has coasts on both the Pacific and the Caribbean. So, it is filled with beautiful beaches and swaying palm trees, especially in the Tayrona National Park. Off the coast, the islands of Providencia and Santa Catalina are near the world’s third largest coral reef system. Filled with coral gardens, varied marine life, and even sunken pirate ships, they are an excellent spot for divers.

Over one-third of the country is also covered by the Amazon basin and the Andes mountains. Amacayu National Park and the Chiribiquete National Park both offer diverse ecosystems, full of stunning birds and animals. 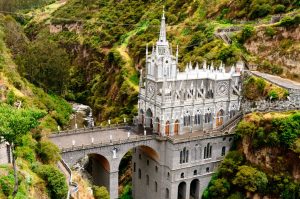 One of the most spectacular churches in the world, the Las Lajas Cathedral in Ipiales is built in the canyon of the Guáitara River. According to legend, the Virgin Mary appeared in this canyon in 1754, prompting the building of a church on the site. Initially thought to be too inconvenient a place to build a church, construction began on Las Lajas in 1916. The Gothic Revival structure was completed in 1949, and is connected to the opposite side of its canyon with a bridge.

There are lots of other places to see. The Salt Cathedral of Zipaquira, the historic centre of Bogota, the town of Santa Cruz de Mompox, Villa de Leyva, and the colourful Caño Cristales river in the National Natural Park La Macarena are all reasons to visit Colombia in their own right.