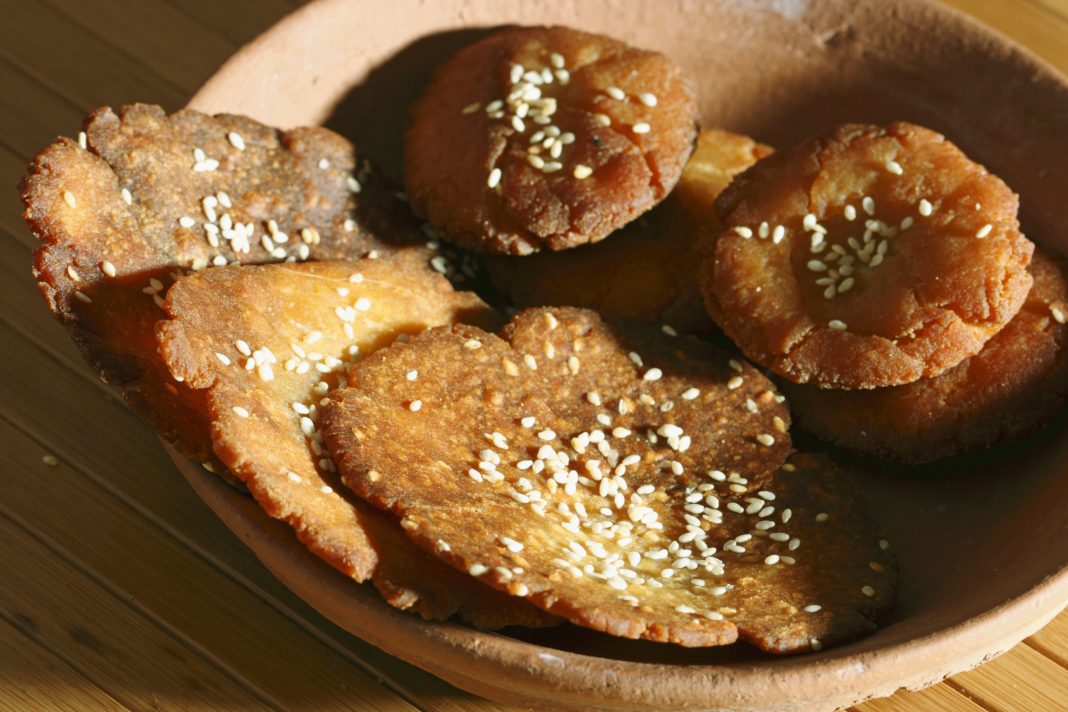 The Telangana and Andhra regions have Telugu speaking residents in common, but that’s where their similarities end. They are culturally very different. Although Telangana and Andhra cuisine have a few common dishes, they vary. Telangana food is not as spicy as Andhra dishes, and meat is an important part of the cuisine. Telangana food features meat even in their breakfast. The regions in Telangana have hot and arid temperatures, so less agriculture practised there than in Andhra Pradesh. Telangana cuisine is also slightly different from the neighbouring Hyderabadi food, as the Nizami influence of biryani, haleem and mirchi ka salan were restricted to the city itself. Telangana food habits are different too. Most of the food in Andhra is accompanied by steamed rice, while people in Telangana prefer flatbread made of millet or wheat. Jonna rotte (flatbread made using sorghum) and sajja rotte (flatbread made using barley) are most commonly had with gravies like bagara baingan (eggplant curry) and golichhina mamasam (mutton fry). Telangana cuisine has more dishes that are savoury, along with curries, bread and pickles that are made using the peel of a fruit or vegetable. The main ingredients in Telangana food items are sesame seeds, red chillies, tamarind, and inguva (asafoetida).

Telangana Food Items You Must Try

Spicy gravy with mutton bones, or nalli bokka kura is one of the classic Telangana dishes. Tender mutton pieces are cooked so well that they drop off the bones easily. The mutton nalli or bone marrow, is the main ingredient in this gravy. It’s a heavy dish with spices like cinnamon, cloves, cardamom, coriander seeds, black peppercorn, cumin seeds, fennel seeds, and dry red chillies. Everything is cooked in sesame oil and small onions are used to add a sweetness. The gravy is usually eaten with flatbread or wheat roti but it can be eaten with steamed rice too.

2. Not An Ordinary Pancake: Sarva Pindi

An evening snack in Telangana cuisine, sarva pindi is a spicy pancake made using rice flour and split chickpeas, peanuts, and green chillies. The snack is crispy and crumbles in your mouth. This is one of the Telangana food items that is famous in Karimnagar and Nalgonda districts. It is also called tappala chekka in some regions. It is usually cooked with butter, but there are healthier alternatives. Like traditional Telangana food, it has sesame seeds and is cooked in copper utensils for tasty results.

Also read: 35 delicious types of pancakes from around the world

One of the most popular dishes in Telangana cuisine, bagara rice is a common dish that accompanies spicy non-vegetarian delicacies. It is usually made on festivals and originates from Hyderabadi cuisine. Bagar in Urdu means seasoning, and this rice is seasoned lightly to accompany the spice-filled gravies. You can make it to replace biryani or pulao. It is cooked with whole spices and without any powders, so the rice is infused with an authentic flavour. Also, the spices used, like cardamom, cloves, cinnamon, and bay leaf do not dominate the flavour of the intense gravies that accompany the rice. A touch of caramelised onions is added to the rice while dried onions are used to garnish it.

Thisrecipe’s core ingredient is also sesame seeds. Sakinalu is a traditional Telangana snack prepared on Sankranti, the harvest festival in Telangana and Andhra Pradesh. The snack is  concentric circles of rice flour and sesame seeds, deep fried in oil. The ingredients are kneaded into a dough and spread to make the circles. It’s one of the Telangana dishes that usually accompanies tea, and is served in the evening as the crispy texture is an ideal combination with tea.

5. All About The Meat: Talakaya Kura

In Telugu, talakai means head and kura means curry. This Telangana food is made using a lamb’s head. The usual spicy flavour is present here too, but with an added sweetness. The curry is heavy with spice powders like garam masala, coriander powder, pepper powder, and coconut powder.Telangana dishes like this are served on special occasions like weddings or festivals. There is a tangy variant of it too, called talakaya pulusu where tamarind juice is added.

This is an easy and authentic recipe in Telangana cuisine. It can be eaten as breakfast or a snack. The word rail refers to a train and palaram/palaharam in Telugu means snacks. It’s believed that in the olden days, whenever people from Telangana went on long journeys on the train, they carried this dish as a snack. This Telangana food is famous in Karimnagar and is primarily made of rice flour, black gram, coconut, green and red chillies, mustard seeds, split chickpeas, cumin seeds, ginger and curry leaves. The Telangana dish consists of steamed balls made of the dough using the above-mentioned ingredients. It is a savoury dish but the coconut makes it mildly sweet.

7. Not A Dosa: Attu And Chikkudukaya Curry

Telangana food also has a dosa variant called attu. Unlike a dosa, which is made of black gram and rice, attu is made of rice flour and is thicker than a dosa. Attu has minimal seasoning with cumin seeds, green chillies, coriander and curry leaves, onions, and garlic cloves. Attu is eaten with vegetable curries traditionally, instead of coconut or tomato chutneys. Chikkudukaya kura is a spicy and flavoursome broad bean curry. The bland attu and spicy chikkudukaya kura make a great combination, and among the most common and popular Telangana food items to have for breakfast.

Another Sankranti special in Telangana food is ariselu, a dessert prepared with jaggery, sesame seeds and rice flour. The sesame seeds make this Telangana food crunchy. Ariselu is also crispy because it’s deep-fried. As you bite into this circular dessert, the sweet and nutty flavours transport you to food heaven. Sankranti, in January, falls in the winter season, and this  Telangana dish is made specially then, because sesame seeds help to maintain body temperature.

Telangana is not an agriculturally rich state, so there is a lot of meat consumption. Telangana food habits also include vegetables like eggplant, okra, different gourds, and banana. Peanuts and cashew nuts are also added in many snacks as well as curries to add a crunch. Regular meals in Andhra and Telangana cuisines differ even though there is an overlap of dishes like pachi pulusu, natu kodi pulusu, and others. Telangana culture, their dialect, and festivals are very different from other Telugu regions, and the state has its own distinct identity.