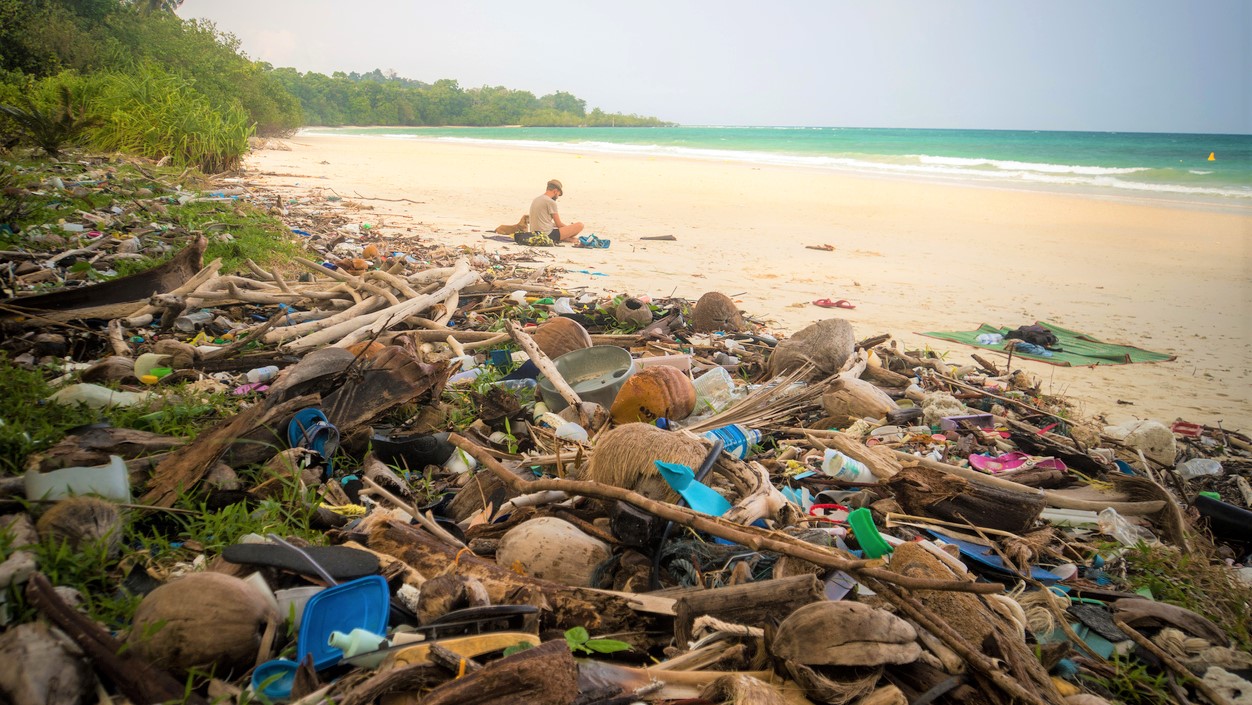 Beaches are a great place to reduce your stress levels and enjoy the beauty in front of you. But the recent beach pollution that we humans have caused is disturbing. I mean we all are nice and civilised people when it comes to our social lives. What happens to us when we are on a vacation?

We humans have destroyed many beaches that were beautiful and clean.

Indonesia is the second-biggest marine polluter in the world. It alone contributes to 10% of global marine pollution. Kuta Beach is Bali’s most popular and most visited destination and that clearly is visible since there are huge mounds of garbage on the beach that are collected on a daily basis. Especially during the rainy season, there is garbage awash on the shores.

Authorities declared an emergency after they realised the volume of plastic thrown on the beach was turning into an endangering tourist trade. 100 tons of junk was being cleaned by workers on a daily basis.

The Philippines has contributed enough to beach pollution in the oceans. There was a recent audit that said that the primary pollutants on this beach near Manila was food sachets and personal care items. Nestle and Unilever are the two companies that provide packaged food whose sachets are found on Freedom Island in Manila.

3The beaches of Boracay Island, Philippines

Boracay Island was closed for six months for tourists when the Philippines president Rodrigo Duterte termed the beaches of Boracay as a “Cesspool”. In those six months, the beaches were vigorously cleaned. The island in the year 2017 entertained 6.6 Million tourists and because of which the island generated 90 to 115 tons of garbage a day. But the infrastructure that they have only allows them to remove 30 tons which is nothing if you consider the input.

Reality check: There are more than 300 drains that empty out in the Port Phillip Bay. Yes! Port Phillip accepts drain from 10 municipalities around it. This is due to bad infrastructure design and stormwater management in Melbourne. Authorities approximately collected 800 million pieces of plastic that wash down the river each year destroying the river and the beach. You can put yourself at health risk if you plan to dive into these waters. It is way more polluted than you think.

Kamilo beach is known as Plastic Beach. It is located on the southeast coast of the island of Hawaii and is known for its accumulation of plastic. From plastic debris to hairbrushes, there is no waste that is not found here. The reason for that is that the island is in close proximity to the Pacific Garbage Patch.

Haina Beach is not only full of beach pollutants in the form of plastic but also lead poisoning in the sand which comes from the industrial waste flowing down the rivers. This beach has the highest incidents of lead poisoning in the world. Not only harmful chemicals like lead but also high quantities of ammonium, formaldehyde and sulfuric acid are absorbed by the soil, making the soil and water harmful. I hope that people realise it was a beautiful place and see what they have done to it.

Pollution is not new to India. Beaches suffer the same. Beach pollution is a major issue in India and waste management is very less established. Now, clean-ups have been initiated and 10,000 tonnes of trash have been removed from Juhu Beach in the last three months. The beach is in better shape now and the work is still ongoing to make the beach a perfect tourist place. After this incident, Mumbai implemented a plastic ban on June 23, 2018. Surprisingly, within a week they had already collected $5,800 in fines.

This beach is home to a colony of pigs and stray dogs. There are many theories as to how they reached there. Some say it was to boost tourism and others say some sailors dropped them there with an intention to cook them but they never returned. Believing it or not, I’ll leave up to you.

Sadly, last year seven of those pigs died. Tourists were accused of feeding them alcohol and trying to ride on them. If this is what humans do, I think they should learn something from animals and be like them. It is cruel to do such things to animals and I think they are better off without these things.

I am going to ask the same question again. What do we become on our vacations?

Next time you hit a beach you, make sure you don’t leave traces of your visit. Beaches are beautiful and guess what, they keep dustbins on the beaches! And even if they don’t, the least you can do is carry your trash with you and dispose of them appropriately. There are also lots of other things you can do to keep our beaches clean and plastic-free.