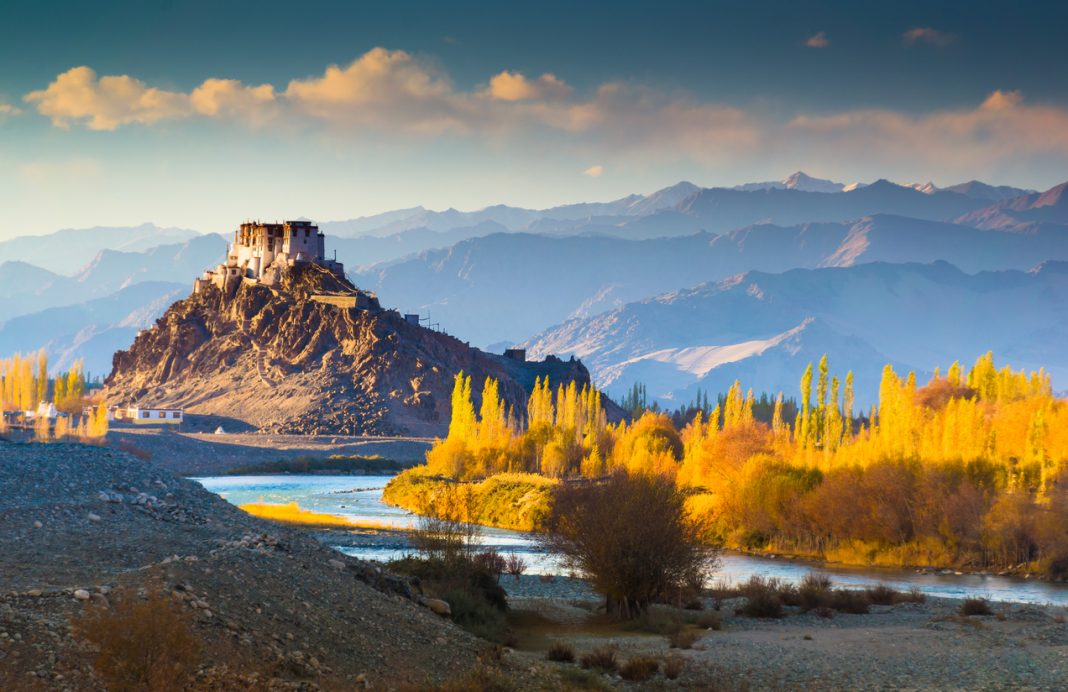 North India’s incredible wealth of spiritual centres, scenic mountainscapes, picturesque lakes, lush valleys, and remnants of ancient empires give us some of the best and most exciting holiday destinations in the country. This diverse and vast landscape offers an assortment of vibrant culture, fascinating traditions, historical structures and lip-smacking cuisine. With something for everyone, this region is hard to resist. We’ve compiled the best places to visit in North India so that you can make the most of your trip to either the snow-capped mountains of Himachal, the green fields of Punjab or the scorching deserts in Rajasthan.

Places To Visit In North India That Will Enchant You

The capital city of India, Delhi is an astounding cornucopia of history, culture, art, cuisine, commerce, and street life. One of the best places to visit in North India, Delhi offers a mix of history along with a buzz of modernity. As the capital of the ancient Mughal Empire, Delhi is home to some of the world’s most awe-inspiring forts and structures, all of which sit side by side to modern buildings and bustling streets. It’s also home to international embassies, and its accompanying global culture that guarantees countless opportunities to discover fun, food, and places in a variety of  ways. Some of the most notable attractions in this ancient city include the Red Fort, Jama Masjid, Humayun’s Tomb, the Qutub Minar, Chandi Chowk, and the iconic India Gate.

Also Read: A Local’s Guide To The Best Things To Do In Delhi

Rajasthan, which means “the abode of kings”, gets its name from the many Rajput kings who ruled the state before British rule. Also known as the “desert state of India”, Rajasthan owes its diverse and vibrant culture to the legacy left behind by its Rajput, Maratha, and even Muslim rulers. The state reflects royalty in its colourful bouquet of awe-inspiring monuments, expansive forts, magical palaces, lively folk dances, alluring handicrafts, and some delectable delicacies. Don’t forget to visit these prominent cities of Rajasthan: Jaipur, Udaipur, Jaisalmer, Jodhpur and Pushkar.

Also Read: Why Is Rajasthani Culture So Fascinating?

With snow-clad mountains, picturesque lakes, and lush valleys the Kashmir valley is easily one of India’s most beautiful destinations. Truly heaven on earth, Kashmir leaves visitors mesmerised because of its views and weather. Take a shikara ride on the Dal Lake, take a look at the snow-capped Pir Panjal Range as you glide through Kashmir, and trek the hills, or better yet, take a pony ride. You can also visit the Jammu and Kashmir circuit which includes three famous tourist destinations from Srinagar: Gulmarg, Sonmarg and Pahalgam.

Set amidst the Himalayas, Ladakh is known as  a favourite retreat for trekkers and bike  enthusiasts. Often called ‘Little Tibet’ for its abundance of Tibetan Buddhist monasteries, Ladakh is one of India’s eight union territories. With the Himalayas in the south and the Karakoram mountains in the north, Ladakh offers spectacular panoramic vistas of snow-clad mountains and icy glaciers, as well as otherworldly landscapes you will not see anywhere else. Ladakh is also called ‘The Land of High Mountain Passes’ as it has numerous well-known very high altitude passes. Its capital and the largest known town is Leh. The most popular destinations here are Leh, Nubra Valley, Hemis, Sham Valley, Pangong Lake along with their respective monasteries.

Also Read: Why You Should Visit Ladakh – A Ladakh Travel Guide

Nestled between the snow-topped Himalayan ranges in North India, Himachal Pradesh is a spectacular place to simply explore whether you do it by bus, car, motorbike, jeep or even foot. The picturesque state is known for its spectacular and panoramic landscapes and is therefore visited by tourists from India and overseas to spend peaceful moments amidst nature in tranquillity. Visit this paradise and explore the spectacular snowy peaks, plunging river valleys, deep gorges, thundering rivers, enchanting mountain lakes, flower carpeted meadows, ancient temples, and magnificent monasteries that seem suspended in time. Don’t forget to visit its hill stations: Manali, Shimla, Parvati Valley, Dharamshala, Dalhousie, Kangra, Kasauli, Mcleodganj and Spiti.

Also Read: A detailed guide to travelling to Spiti

6. When Gods Lived On Earth—Uttarakhand

Known as ‘Devbhoomi’, that literally translates to ‘Land of Gods’, Uttarakhand is particularly known for its many pilgrimage sites. Nestled amongst the Himalayas, the state is one of the most beautiful in the country. Other than pilgrims, visitors also come for its charming hill stations juxtaposed against snow-capped peaks, quaint villages along winding mountain roads, serpentine rivers carving their way through the hills, conservation parks, waterfalls, and serene lakes shimmering amidst beautiful towns. Visit the picturesque hill stations of Uttarakhand: Dehradun, Nainital, Haridwar along with its national parks such as Jim Corbett Tiger National Park and Asan Wetland Conservation Reserve. The state also boasts some of the beautiful world heritage sites such as Valley of Flowers and the Nanda Devi Biosphere Reserve.

Also spelt ‘Panjab’, Punjab translates to the “the land of five rivers”— Sutlej, Beas, Ravi, Jhelum, and Chenab—which flow through its vast plains. Located in the northwestern region of India, Punjab is the homeland of India’s Sikh population. As it is blessed by the waters of the five rivers, it is primarily an agricultural state and has continually supplied India with most of her wheat. The state reflects its rich history through its impressive forts and palaces, ancient monuments, architectural marvels and even battlefields. Explore the major cities of Punjab such as Amritsar, Mohali, Patiala, Chandigarh and Bhatinda that are treasure troves of Punjab’s history, heritage and culture. These destinations will also introduce you to the colourful Punjabi culture, delicious cuisine and unique historical sites.

This north Indian state is home to one of the Seven Wonders of the World, the Taj Mahal, and has been the capital of powerful empires from India’s medieval period. Due to its rich history, Uttar Pradesh boasts a confluence of cultural and religious traditions. The state flaunts exquisite arts, culture and food that has massive royal influence from the past. You will find Nawabi style food here, from kebabs to samosa and kachoris. Visit the beautiful Mughal architectural marvels and cultural sights in Uttar Pradesh. Explore its prominent cities such as Lucknow, Aligarh, Varanasi, Agra, and Mathura, which reflect the rich heritage and culture through their pilgrimage sites, architecture, wildlife tours, cultural tours, handicraft, art and food tours.

9. The Heart Of India—Madhya Pradesh

Retaining landmarks from different eras through Indian history, Madhya Pradesh is one of the largest states in India. Situated right at the heart of the country, the state is home to historical monuments, Hindu and Jain temples, a vibrant culture, and delicious food. Visit the temples of Khajuraho known for their ancient erotic carvings, and the well-known wildlife sanctuaries of  Bandhavgarh and Kanha, that shelter various endangered species of birds and animals. You can also visit Madhya Pradesh’s most popular cities: Bhopal, Gwalior, Ujjain, Orchha and Chitrakoot that spotlight the state’s rich culture, breathtaking tourist attractions, delicious cuisine, and art and craft.

India’s diverse culture, tradition, and exuberance for life offer a vast range of holiday destinations that will capture your heart in no time. So travel across these North Indian tourist places that embody the spirit and essence of the region by blending culture and heritage, along with natural beauty. We hope we have covered all your favourite places to visit in North India. Tell us about your highlights in the comments below!