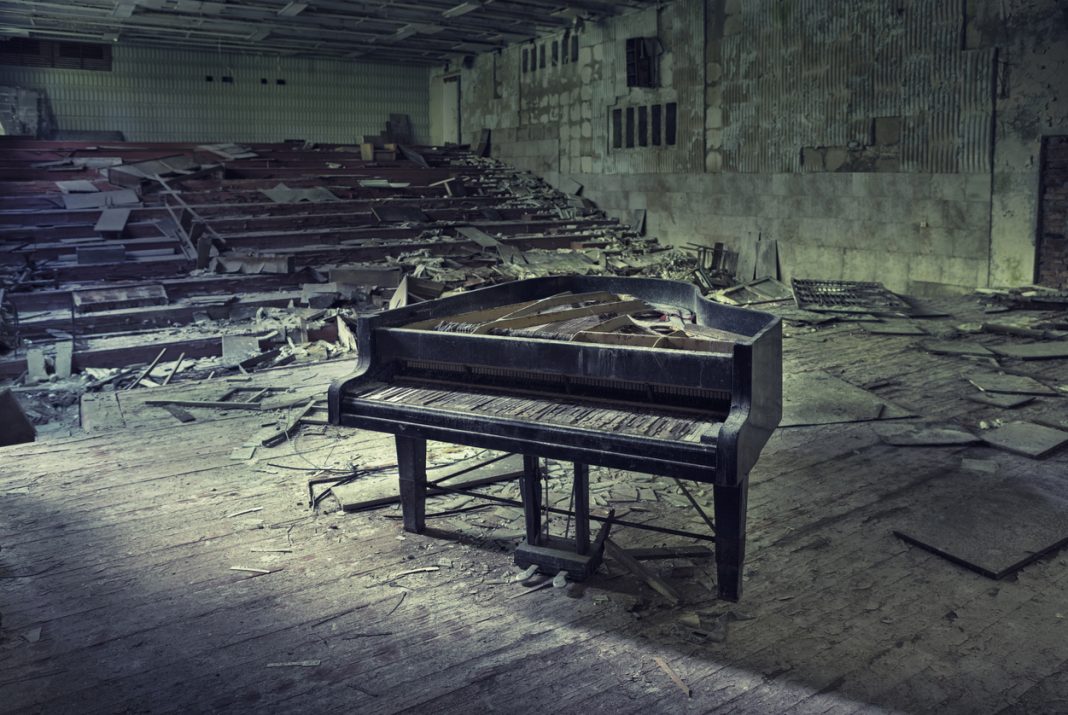 Dark tourism is a travel trend that has gained significant momentum over the last few years. The term itself has been coined in the recent past to categorise “tourism directed to places that are identified with death and suffering”. Tourists are choosing to visit places that have dark, morbid histories often associated with mass killings, gruesome deaths and other such tragedies. These sites harbour deeply tragic memories, therefore tourists visiting must maintain a certain sense of decorum to honour the place.

While these sites have macabre histories, the structures that stand today honouring their memory have a unique aesthetic. Visually awe-inspiring, here we have a list of some of the most intriguing dark tourism destinations from across the world. 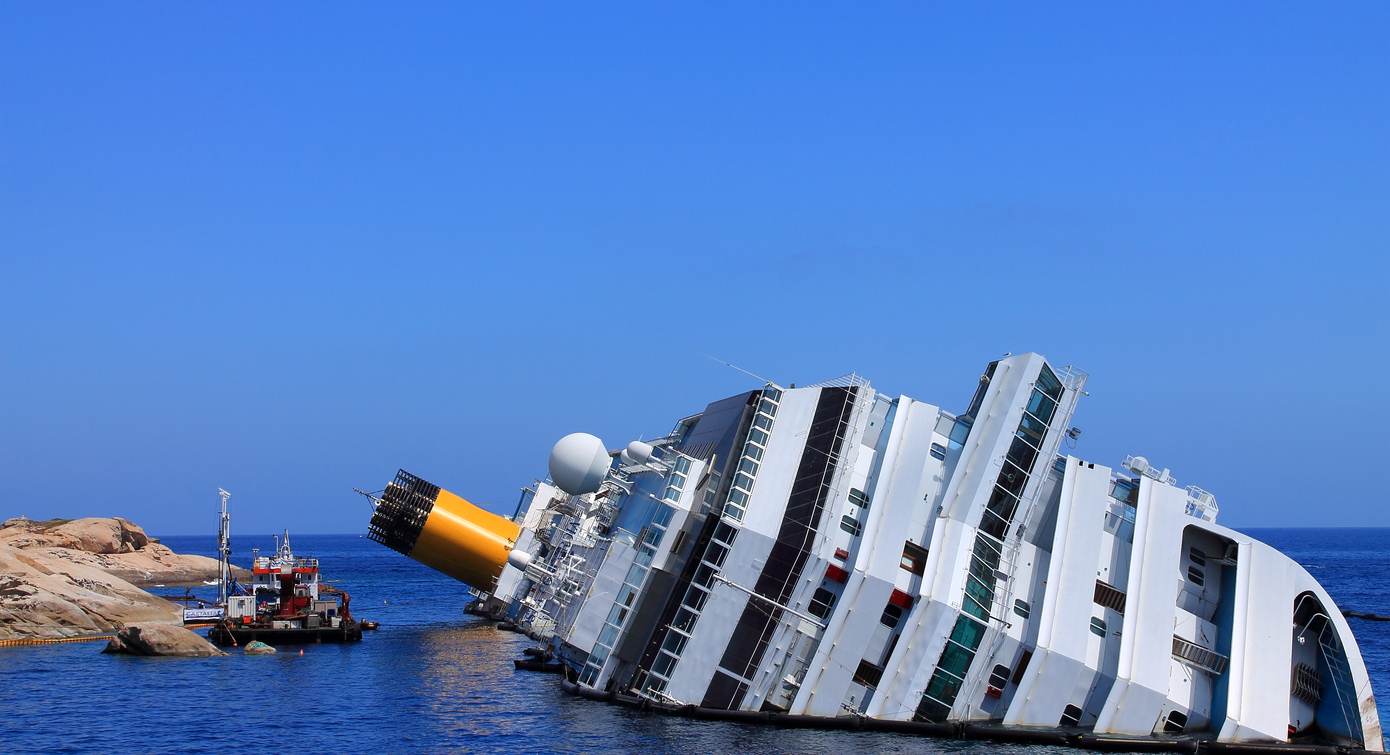 This Italian cruise ship capsized and sank in 2012 after striking an underwater obstruction off Isola del Giglio. Tragically, despite sinking only 1,300 feet off the island, 32 out of more than 4,000 people aboard died in the accident. Mere months after the incident, the wreck of Costa Concordia became a sombre tourist attraction. Thousands of tourists queued up to catch a ferry that passed within just a few feet of the submerged cruise ship. In July 2014, after being brought to a vertical position, the ship began its final journey to be scrapped in Genoa 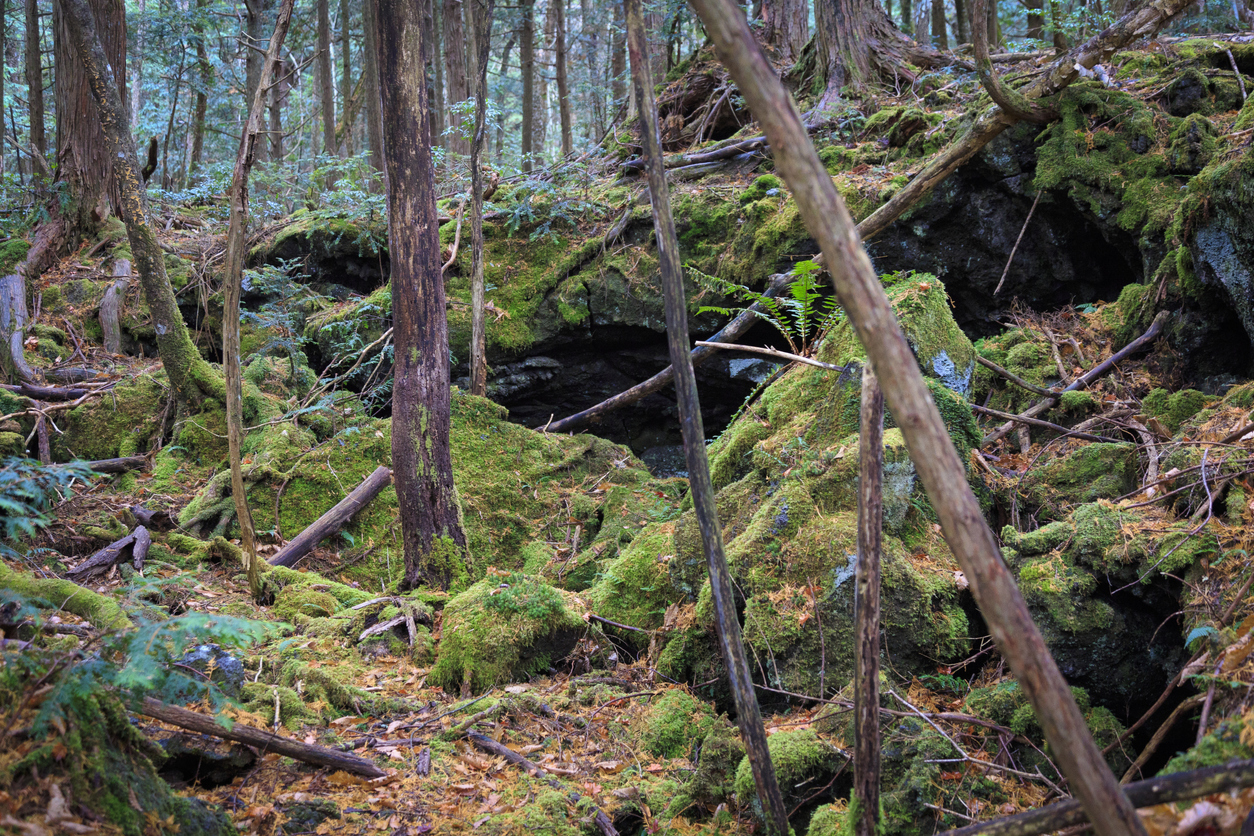 The Suicide Forest in Japan is officially called Aokigahara. It covers 4 square miles of land and lies at the northwest base of Mount Fuji in Japan. Historically, the forest has been associated with demons in Japanese mythology. What adds to its eerie atmosphere is the fact that the forest has a dense tree distribution, blocking winds. This makes it uncannily quiet and unnerving. The forest has seen several suicides; statistics suggest that 100 suicides occur there every year. 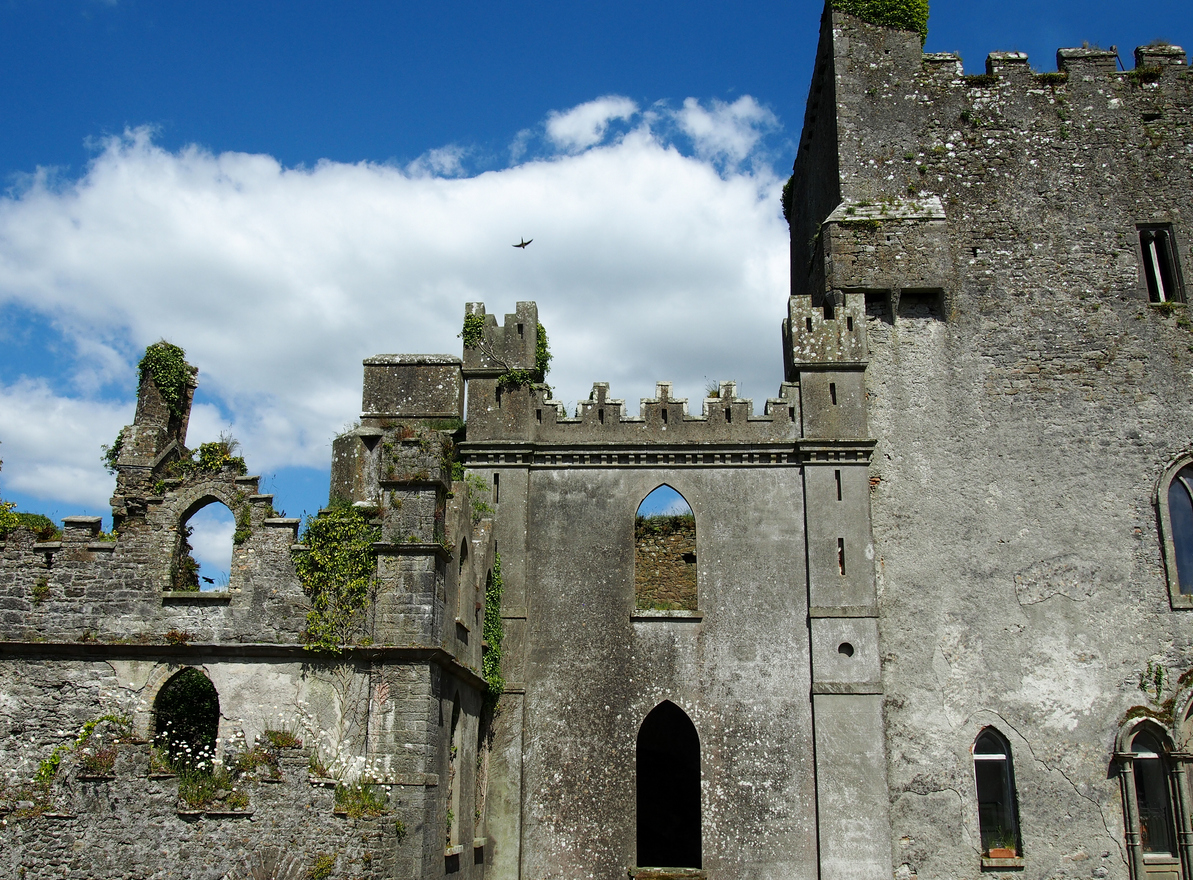 Built during the 13th century, Leap Castle has a very gruesome past. The castle was the site of a fratricide committed in the chapel. The chapel has since been referred to as the ‘Bloody Chapel’. At the chapel, a man interrupted mass and impaled his priest brother with a sword. Rumours suggest that the castle is home to many spirits that haunt the grounds to this day.

The most violent spirit is known as the Elemental, recognizable by its smell of rotting flesh and sulphur. A secret dungeon was also discovered and it contained three cartloads of human remains and spikes to impale those thrown into the dungeon. Now, the castle has become the private residence of musician Seán Ryan, who says he often hears the ghosts moving around the castle. 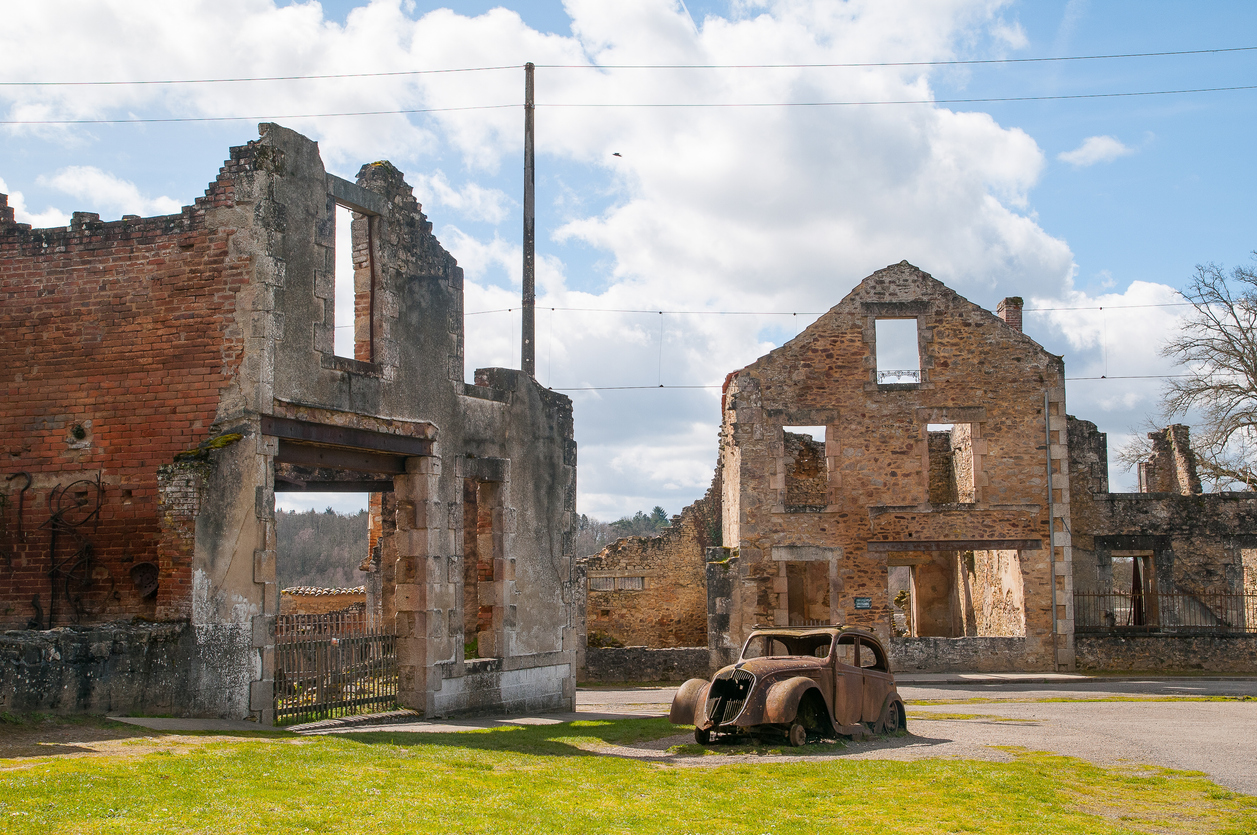 Now considered a ghost town, Oradour-sur-Glane is located in the west-central region of France. It was the unfortunate site of one of the German SS’ most brutal massacres. After the invasion of Normandy on D-Day, the German army decided to spread terror among the French resistance and send a strong message.

They went on to slaughter the entire population of this small village. The men were shot dead while the women and children were executed in church. A total of 642 men, women and children were killed in the chilling massacre. Ever since, the town remains completely vacant. It was never rebuilt. Today, it stands as a museum commemorating the gruesome incident.

This site used to house soldiers for combat in World War II. The barracks eventually fell into disuse post the war, but what makes it a dark tourism spot is the frequent occurrence of paranormal activity. People have spotted ghosts of German soldiers in uniforms, lights turn on and off at their whim and voices along with German commands are often heard shouted out in the middle of the night.

This memorial centre opened in 2004 to commemorate the Rwandan genocide. This genocide was the mass slaughter of the ethnic groups Tutsi and moderate Hutu in Rwanda by members of the Hutu majority. An estimated 500,000-1,000,000 Rwandans were killed between April 1994 and mid-July 1994. Almost 20% of the population was massacred in the span of only 100 days. Atrocities like rape and other violence against women were widespread. The memorial was opened on the tenth anniversary of the genocide. It also serves as a mass grave for the victims and a permanent exhibition for the benefit of survivors. 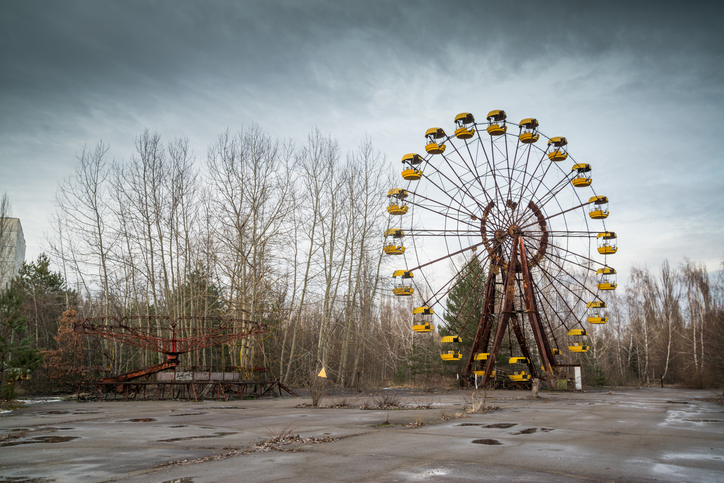 Pripyat is the town where the infamous Chernobyl disaster took place on April 1986. Located in northern Ukraine, the town has been deserted ever since the incident. The nuclear power plant accident was the worst in human history, releasing radioactive particles into the air, endangering the lives of millions. Several individuals died and the long term effects of the accident (due to radiation) persist till today. The 30-mile exclusion zone now serves as a popular tourist destination. The acclaimed HBO show ‘Chernobyl’ has further fueled people’s interest in the place. The area resembles a post-apocalyptic town today.

Vilnius was once home to a full operation KGB headquarters and prison. Today, there exists a Museum of Genocide Victims. The exhibits highlight the repression of Lithuanian citizens under Soviet rule, including the deportations to Siberian gulags. The atrocities that took place in Lithuania during this period in history remain fairly unknown. Over 75,000 Lithuanians disappeared under Soviet rule and others were imprisoned or executed.  The educational museum serves the purpose of enlightening visitors about this dark period in history.

The museum has a basement with KGB prisons cells and an execution room showing visitors some of the most grotesque elements of this dark site. Political prisoners, as well as local Lithuanians,  were interrogated and tortured here.  Additionally, over 1,000 victims were killed in their execution room.

Are there any other dark tourism destinations we’ve missed? If so do share them in the comments below.