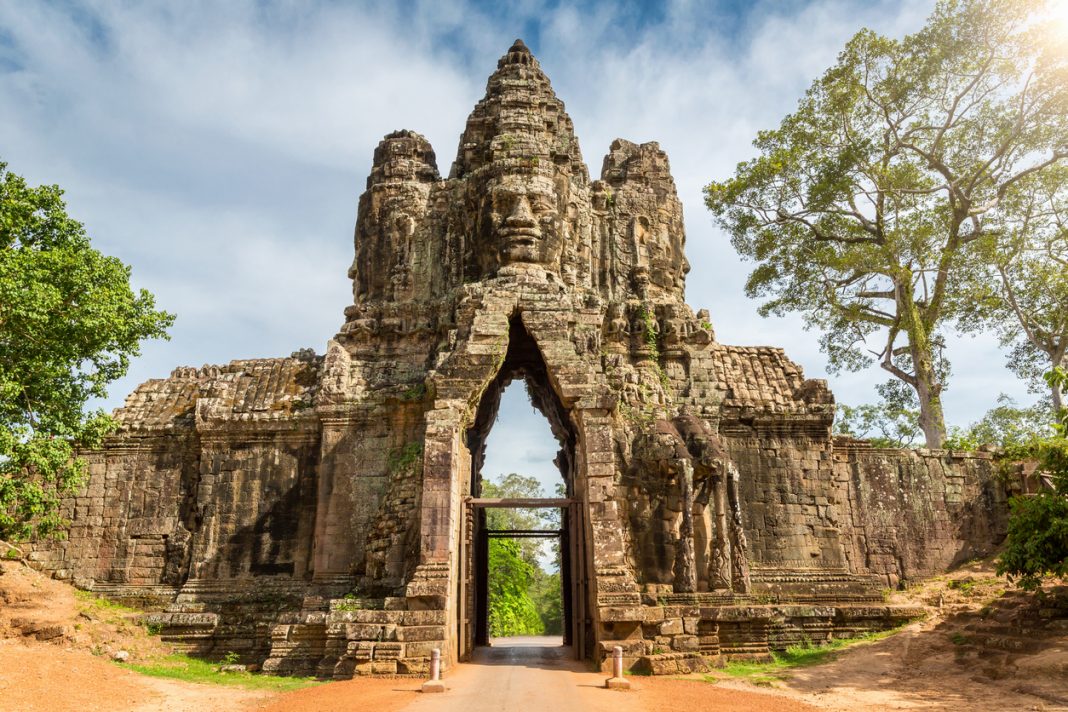 Cambodia is a diverse country with unforgettable views, sites, and experiences, still recovering from the Khmer Rouge. From glorious temples and rich heritage to rare wildlife, tropical beaches, and great eco-tourism spots, the country has something for everyone. Here are 11 of the best things to see in Cambodia.

The tireless work of landmine victim Aki Ra, the Cambodia Landmine Museum has contributed greatly to the removal of explosives left over from the war. It houses a collection of mines, mortars, and other weapons. The museum also tells the stories of some of the country’s many victims.

Located 40 kilometres away from the city of Kampot, this abandoned hill station was built by the French in the 1920s as a retreat from Phnom Penh. It was abandoned in the 40s when the Japanese invaded Cambodia, and again in the 70s during the Khmer Rouge. The road up to the mountain is home to the Popokvil waterfall, a giant Buddhist statue, crumbling churches, and a giant casino, as well as unparalleled views of the countryside and ocean.

This Cambodian island is a 45-minute ride away from the mainland at Sihanoukville. A veritable tropical paradise, it boasts white sand beaches flanked by palm trees and crystal-clear waters. You can also indulge in various water activities such as snorkelling, paddle-boarding, kayaking, and boat trips.

The Khmer temple of Preah Vihear is a UNESCO World Heritage site and sits atop a 1,722-foot high cliff in the Dângrêk Mountains, on the border between Cambodia and Thailand. Built between the 10th and 12th centuries by several kings, it has been the subject of ongoing dispute between Thailand and Cambodia. Its series of impressive structures offer spectacular mountain views.

In Cambodia’s the dense tropical jungle is the Phnom Tamao Wildlife Rescue Center which houses numerous animals rescued from poachers and illegal traders. They are then nursed back to health by Wildlife Alliance. Elephants, monkeys, tigers, and sun bears can all be found here. However, for a closer look at elephants, head to the Elephant Valley Project.

Only the third UNESCO World Heritage site in Cambodia, the 50 pre-Angkorian temples at the ancient capital of Sambor Prei Kuk remains relatively free of crowds. It is set between Phnom Penh and Siem Reap in Kampong Thom province. It features some of the country’s earliest architecture, making it one of the most magnificent things to see in Cambodia.

The Royal Palace in Phnom Penh is the official residence of Cambodia’s King Sihamoni. This means that parts of the sprawling complex are off limits to visitors. It is a testament to traditional Khmer architecture. Kings of Cambodia have occupied it since it was built in 1866, with a period of absence during the turmoil of the Khmer Rouge. You can visit the Throne Hall, topped by a massive tower, the Silver Pagoda with its national treasures and intricate murals of the Ramayana, and the beautiful gardens. Make sure to stick to the dress code and cover shoulders and knees.

The capital of the Khmer empire for a very brief period between 928 to 944 AD Koh Ker is nonetheless home to spectacular buildings and immense sculptures. Left to the jungle for centuries, Koh Kher has only recently become accessible. It is dominated by the 98-foot tall temple pyramid of Prasat Thom. Giant Garudas (a mythical half-man-half-bird) are carved into the stone blocks and guard the top.

About 30 kilometres from the more famous Angkor Wat lies the Banteay Srei temple. Completed in 967 AD and built of red sandstone it is full of elaborate decorative wall carvings. It is the only major temple of the larger Angkor complex not to have been built for a king; (it was constructed by one of the counsellors of king Rajendravarman, Yajnyavahara).

The world-famous Angkor complex is a UNESCO World Heritage site that stretches across more than 400 square kilometres. It contains hundreds of temples and structures dating back to the Khmer Empire. The most famous of these is Angkor Wat (meaning “City Temple”), one of the top things to see in Cambodia. Built in the 12th century by King Suryavarman II, this beautiful and majestic temple rises to a height of 669 feet. Nearby is the Bayon Temple with its sea of over 200 massive stone faces. It was built in the late 12th century by King Jayavarman VII as part of a massive expansion of his capital Angkor Thom.

There are, of course, so many other things to see in Cambodia. If there are any that we missed be sure to share them in the comments below.