Back in the day when football became part of my DNA, a die-hard fan was born. Being a football fan necessarily means supporting a club through and through, where all fans cherish in victory and aid in defeat. The principles of this fan-following are perceived differently in England I believe. Because in countries like India, in a lot of ways the following is more of a gimmick than real.

Growing up, following football games on TV there I developed a connection to the English football culture, especially Arsenal Football Club. As time went by, I dreamt of what it would be like to one day visit the stadium and experience to what it feels to watch a game there.

The Importance of Booking Tickets

Fast forward to London in 2015. Here I am to try to live that long holding dream, to watch my club play live, cheer with the supporters and drink beer at one of the many football pubs in London. The only problem, tickets! And predictably I failed in this quest, why I didn’t pre-book it was beyond me at that moment.

It was our habit to make last minute decisions to buy passes for cricket games, as they’re readily available even at the last minute, but so not for football games, especially at one of the biggest clubs in the world. Either way, I wasn’t going to kill my dream entirely just because one part of it failed. Still, there were three more parts of the dream to fulfil, and honestly, I didn’t think it this way then, but never regretted that particular night, never will.

Now in London, after visiting other European cities on holiday, I wanted to chill at some of the city’s infamous pubs just known as football pubs for their pre-dominant football culture. No music, no gibberish talk, no soft corner nonsense but just football in the purest form a fan can imagine.

There was an American movie, The Green Street Hooligans which looked at the lives of few notorious hooligans supporting another of London’s famous clubs, West Ham United, who are local rivals to Arsenal. This movie has come the closest to reveal an insight into the madness that surrounds football, pride, and loyalty to a particular club.

But I wasn’t planning to do anything stupid or get into an act of hooliganism, but merely enjoy some beers and watch the game in one of the pubs with fellow ‘real’ fans around me. In fact, I am a little sceptical to pronounce myself as an Arsenal fan, as I’ve heard stories about how they do not consider anyone else apart from the original North London as faithful fans of this football club.

So as the pub hopping begins, I was hoping to experience not just football bars around Arsenal, but also around the football pubs of London belonging to other clubs. If someone is interested in this culture as much as I am, then the next visit to London could be the best excuse to have a beer in each one of those.

Around Arsenal Football Club’s huge stadium, The Emirates, there are many watering holes the fans frequent, especially before and after games. I went to one of the most popular ones known as The Gunners, located a short walk from the stadium. This pub serves the standard beers and food and is also sort of a museum inside showcasing team memorabilia for the fans. With signed photographs (some of them dating back to the 1930s) and match day programs covering the walls, this historic pub is truly a place for Arsenal fans. 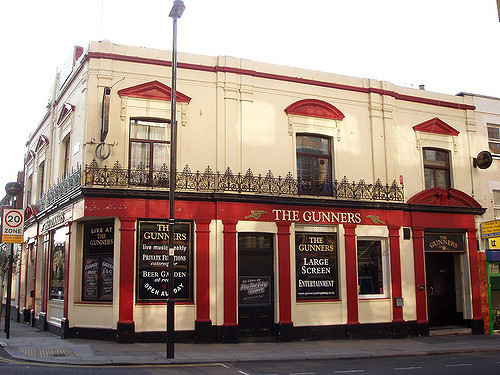 One thing is, they are pre-dominantly ‘Arsenal’. Thus opposition fans are not welcomed here. Come here, sing with arsenal fans, curse a goal of objection, and down pints of lager for a full match-day experience. Another, rather an upmarket pub nearby to the Stadium is Twelve Pins, near to the Finsbury Tube station. The similar atmosphere, but the crowd is different. The only difference between this pub and other Arsenal supporting places is that they do allow opposition fans inside and when that happens expect some high-octane banter.

Tottenham is Arsenal’s fiercest, hated and immediate local rivals, also based in North London. The history between both these clubs is rather intriguing, and both sets of fans have had long-standing feuds. Historically on the pitch, Arsenal have bettered their rivals, but Tottenham fans are no less in their passion for their clubs and the game. Before match days, like with every other football club in the UK, fan groups march towards the stadium in thousands, flags waving, singing, chanting and cursing the opposition. 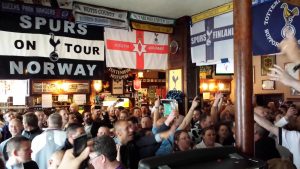 Just for fun (gritting my teeth), I went to one of Tottenham’s famous pubs, The Bricklayers Arms on High Road. As expected the walls adorned with Tottenham shirts, photographs and slogans. This place is only about a minute from the stadium. On matchdays, the atmosphere is electric, and at times it’s difficult to get a pint.  Another, less glamorous and comfortable on service pub, just across the road is the Bell and Hare. This put has the largest beer garden in the area and is quite comfortable for watching the match without a space crunch.

The amount of hatred any Arsenal supporter would have for Tottenham, similar volumes are directed towards Chelsea. They are the West London rivals and a competitive team which has rather been the most successful London club in the last decade or so. Unfortunately for Chelsea fans, their most famous pub and quite recently turned into a Polynesian bar, with authorities banning singing, chanting or even wearing football shirts inside the place. 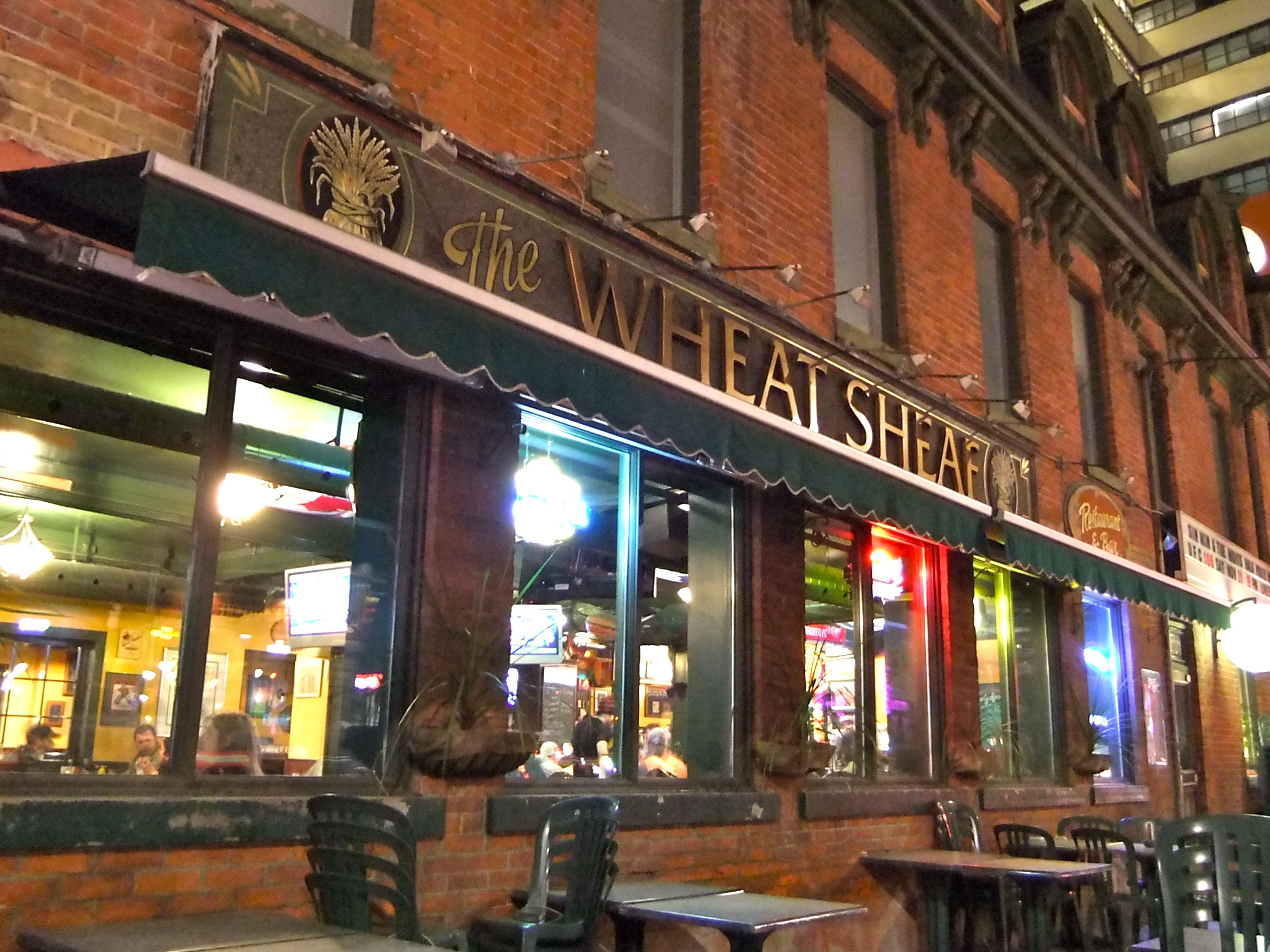 Fortunately, this is not the only place. The Wheatsheaf, a pub known for its quite spacious area and airy. Wheatsheaf had been a fan favourite for quite some time now and maintained great atmosphere during match-days. Another bar preferred by Chelsea faithful is Lloyds No. 1, which is close by to the Fulham Broadway station. This bar is known for its flamboyant Chelsea atmosphere and is well known to serve the cheapest beer in London.

Although there are so many football pubs in London, it would take an enormous drinking capacity in one to visit them all on the same trip. Just to make more additions to the above list, some of London’s other famous football clubs include, Fulham FC, Queens Park Rangers, and West Ham United among more. You could take a stroll around their respective stadium areas and find out their particular home-team pubs to watch football with the fans and enjoy their company with a beer in hand. Or you could travel outside London and check out some of the other major football cities in the UK.