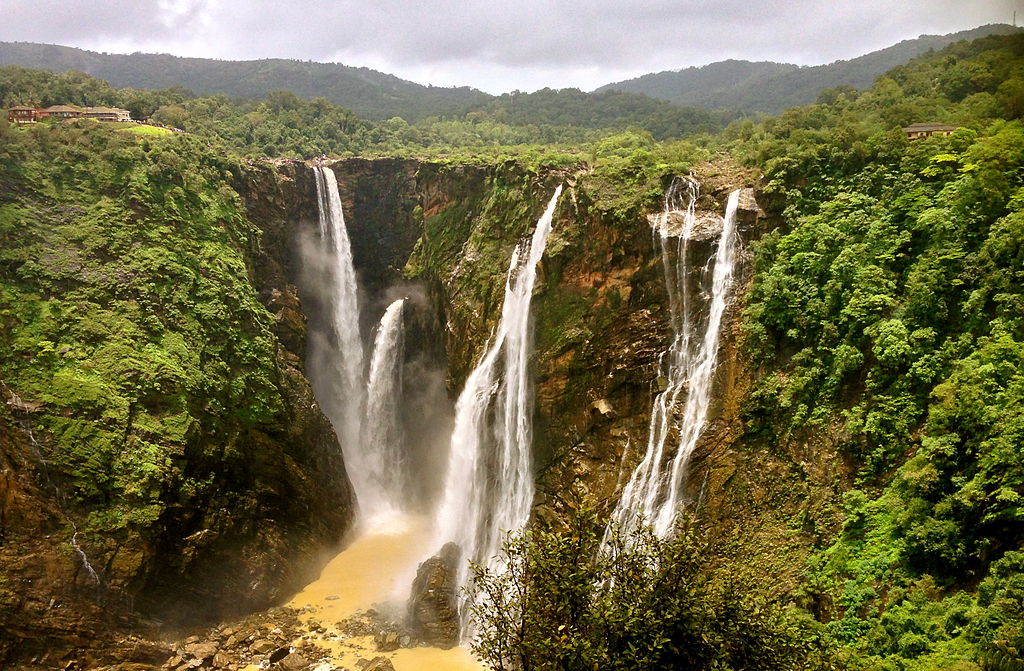 Surrounded by dense evergreen forests in the Shimoga district, Jog falls in Karnataka is the second-highest plunge waterfall in India. A perfect weekend getaway destination, this waterfall drops from a height of 253 metres in a single fall. The magnificence of this glorious waterfall is unmatched and unique as the water does not stream down the rocks in a tiered fashion.

Also known as Gerusoppa Falls, the best time to visit Jog Falls is during the monsoons to see it in its full form. Typically covered in just a day, it takes a long drive to reach the wonderful Jog Falls. Adventure enthusiasts can bask in the glory of the surrounding areas, through a trek to the summit and take a plunge in the waters. A popular spot for picnics, it provides a sense of serenity that can’t be found anywhere else. Go on a day tour to marvel at the marvellous Jog Falls whose waters originate from the Sharavathi river.

How To Reach Jog Falls

Jog falls is at a distance of 30 kms away from Sagara, 100 kms from Shimoga, and 402 kms from Bangalore. Being well-connected by all three means of transport—air, rail and road—Jog Falls is easily accessible.

Mangalore International Airport (IXE) is the nearest international airport that is well connected to major cities across the country to reach Jog Falls. From here, visitors can book a cab to reach the falls.

Shimoga is the nearest railway station to Jog Falls that is well connected to Mangalore and Bangalore via regular trains. From here, visitors can take a taxi or auto rickshaw to reach Jog Falls.

Well-connected by a network of national highways to major cities like Mangalore and Bangalore, you can opt for a bus or cab to reach Jog Falls.

Local taxis or buses are preferred to commute within Shimoga to reach Jog Falls.

Jog Falls in Karnataka originates from the river Sharavathi, falling from an altitude of 830 feet. Flowing over a rocky bed which is about 250 yards wide and 253 metres deep, this seasonal waterfall is broken into four segments—Raja, Rocket, Rani, and Roarer. Merging to form the huge waterfall, they’re named based on certain characteristics of the streams. Raja pours down to an unbroken stream, while Roarer is a violent and strong current that rushes downwards to meet Raja. Rocket flows downwards in a series of jets, while Rani is a quiet fall of foam over the mountainside.

Unlike other waterfalls, Jog Falls does not stream over rocks but directly plunges over a cliff, presenting a grand picture. However, due to the construction of a nearby hydroelectricity plant, Linganamakki Dam, the flow of the falls is hugely restricted before the monsoons.

There is a viewpoint near the parking lot, from where it leads to the bottom of the falls. Taking about 45 minutes, the path from the viewpoint to the base is a little steep and difficult. However, the shower at the bottom is really worth the effort.

The natural beauty around adds to the allure of the falls, making it a popular site among filmmakers. You can take a dip in the water and spend an entire day around the waterfall. With no entry fee, this waterfall is open from 7.15 AM-8.15 PM on all days of the week except Sunday, when it’s open from 7.15 AM-9.15 PM.

Flowing north-west through the Western Ghats, the Sharavathi river originates at Ambuthirtha in Thirthahalli taluk and forms Jog Falls before joining the Arabian Sea at Honavar.

An interesting fact about Jog Falls is that in 2011, named after the town and falls of Gerusoppa in Karnataka, a wreck of the ship SS Gairsoppa or Gersoppa was discovered under the sea. It was a British ship which was brought to India during the Second World War. While returning to Ireland in 1941, the merchant ship carrying tonnes of silver and other products sank. Surprisingly, 48 tonnes of silver was recovered from the ocean making it one of the largest and deepest metal recoveries in history.

Things To Do At Jog Falls

Hiking is a natural recreational activity that requires no special equipment. It is also economical and convenient and promotes physical fitness. Descending down 1,400 steps, one can hike to the bottom of Jog Falls post-monsoon, as it is best to experience the beauty of nature when it is safe.

Camping is a thrilling and engaging adventure activity in Jog Falls where you can also indulge in other activities such as fishing, boat rides, nature walks and bird watching.

The Linganamakki Dam across the Sharavati river is associated with the waterfall, making it a well-known destination in Karnataka. In use since 1948, this dam built around Jog falls has been integral in the generation of electricity in Karnataka.

How To Make The Most Of Your Visit

Jog falls in Karnataka is timeless and beautiful. It’s not just a tourist attraction, its grandiose nature makes sure you never get tired of it.

While visiting, make sure to follow the instructions posted and don’t stray from the developed trails. Avoid making loud noises as they can disturb the wildlife and also ruin someone else’s trip.

Why Should You Visit Jog Falls?

Waterfalls are the wonders of nature that humans have marvelled since ancient times. The combination of clouds or mist alongside the serene greenery of nature in Jog Falls creates a memorable experience for travellers. So if you’re ever feeling down or want some quality me-time, get packing and head for Jog falls in Karnataka.