Get Ready To Be Spooked! Here Are 6 Popular Halloween Traditions

The holiday of Halloween has always been a spooky delight! Celebrated annually on October 31, the origins of this popular festival date back almost 2,000 years ago. Halloween originated during the ancient Celtic festival of Samhain. The Celts, who mostly lived around the area that is now Ireland, the United Kingdom and northern France, celebrated Samhain to ward off ghosts a day before they celebrated the new year on November 1. They would light bonfires and wear costumes to keep spirits at bay.

How did Samhain morph into Halloween as we know it?

In the eighth century, Pope Gregory III designated November 1 as a time to honour all saints. During this time, All Saints Day incorporated some of the traditions of Samhain. The evening before All Saints Day came to be known as All Hallows Eve, and later Halloween. Over time, Halloween acquired an identity of its own. It is now popularly associated with trick-or-treating, carving jack-o-lanterns, festive gatherings, donning costumes and eating sweet treats.

Here are some of the most interesting Halloween traditions from different parts of the world! 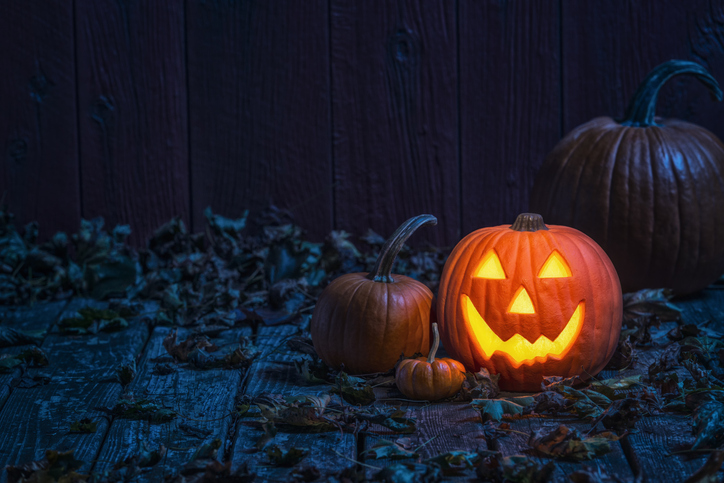 Carving pumpkins into Jack-O’-Lanterns is one of the most popular Halloween traditions. The carved pumpkins are used as decorations both within and outside houses. The creepy carvings are supposedly based on a legend about a man named Stingy Jack who repeatedly trapped the Devil and only let him go on the condition that Jack would never go to Hell.

When he died, Jack learned that his soul wasn’t allowed to enter heaven either and he was condemned to wander the Earth as a ghost for eternity. The Devil then gave Jack a lump of burning coal in a carved-out turnip to light his way. Over time, locals began to carve pumpkins into frightening faces to ward off spirits. 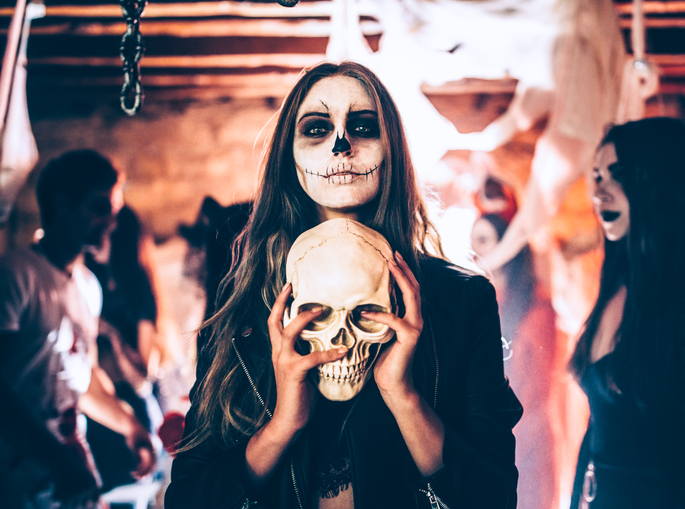 Halloween is synonymous with crazy costume parties. People go out of their to dress up in the most terrifying outfits! How did this tradition come to be? Apparently, during Samhain, the Celts got creative to avoid evil spirits. To confuse ghosts, they began dressing up as spirits themselves, so they would be left alone. 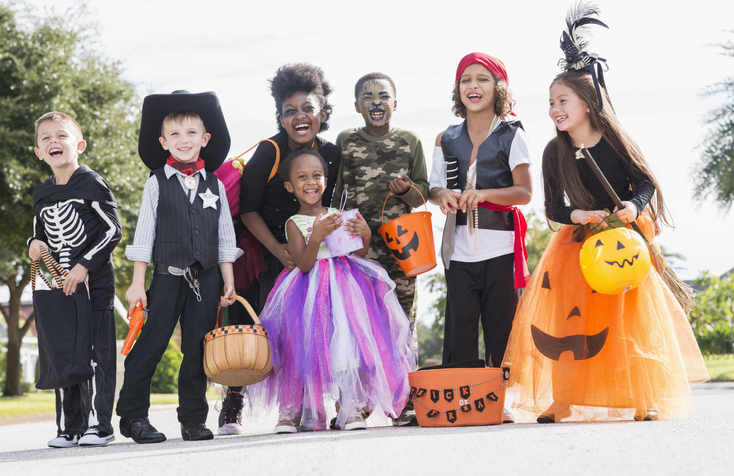 There is significant speculation over the origins of trick-or-treating. One major theory proposes that during the festival of Samhain, Celtic people would keep food out to please the wandering souls and ghosts. Soon, people began dressing as these supernatural beings to get similar offerings of food and drink.

Also Read: The 13 Best Places To Celebrate Halloween Around The World This Year 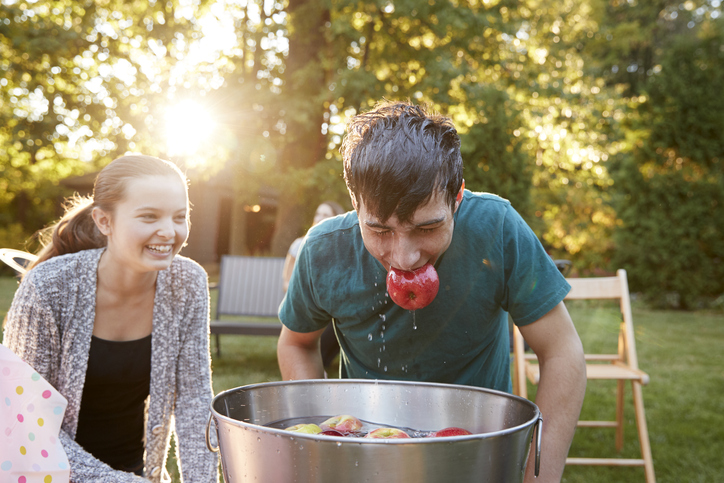 Bobbing for apples is a fun game played at most Halloween parties. A large tub of water is filled with apples that bob at the surface. Players have to try picking up an apple with their teeth. The origin of the game can be traced to a courting ritual that was part of a Roman festival honouring Pomona, the goddess of agriculture and abundance. The essential gist of the tradition is that young men and women would be able to foretell their future relationships based on the game. 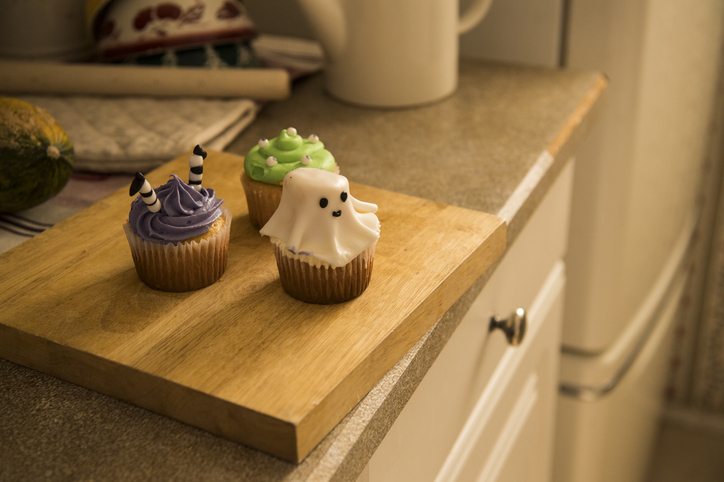 This Halloween tradition originated in England during the Middle Ages. People were mostly overworked and did not have the time to offer prayers for dead relatives to allow them to cross over into the afterlife. They eventually got impoverished people to offer prayers on behalf of them on All Saints Day. The underprivileged were offered ‘soul cakes’ in return for the prayers they offered. This then became a tradition that involved soul cakes being used as offerings for the dead on the eve of All Saints Day. 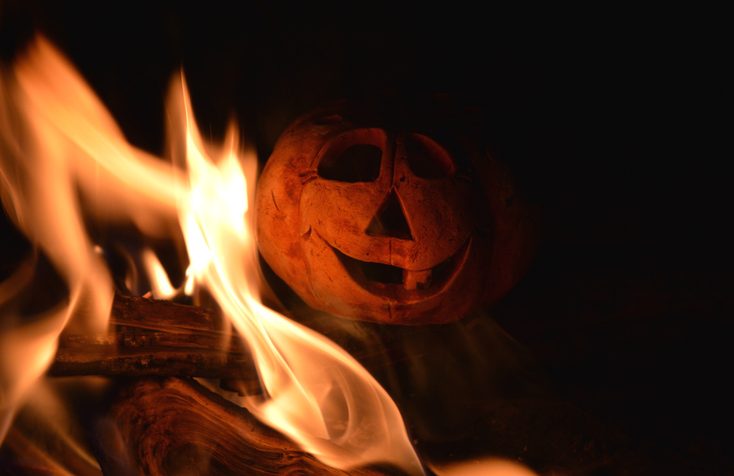 Lighting a bonfire while exchanging spooky stories is a beloved Halloween tradition. The idea of lighting a bonfire is to frighten away ghosts and spirits. In ancient English culture, the bonfire was used to determine who was going to die soon. If a stone thrown into the ash was not visible the next day, the person who threw it was going to die within a year. In modern times, it’s just a fun way for friends and family to get together on the night of Halloween and spend some quality time together!

Also Read: Visit These 8 Real-Life Haunted Houses Around the World