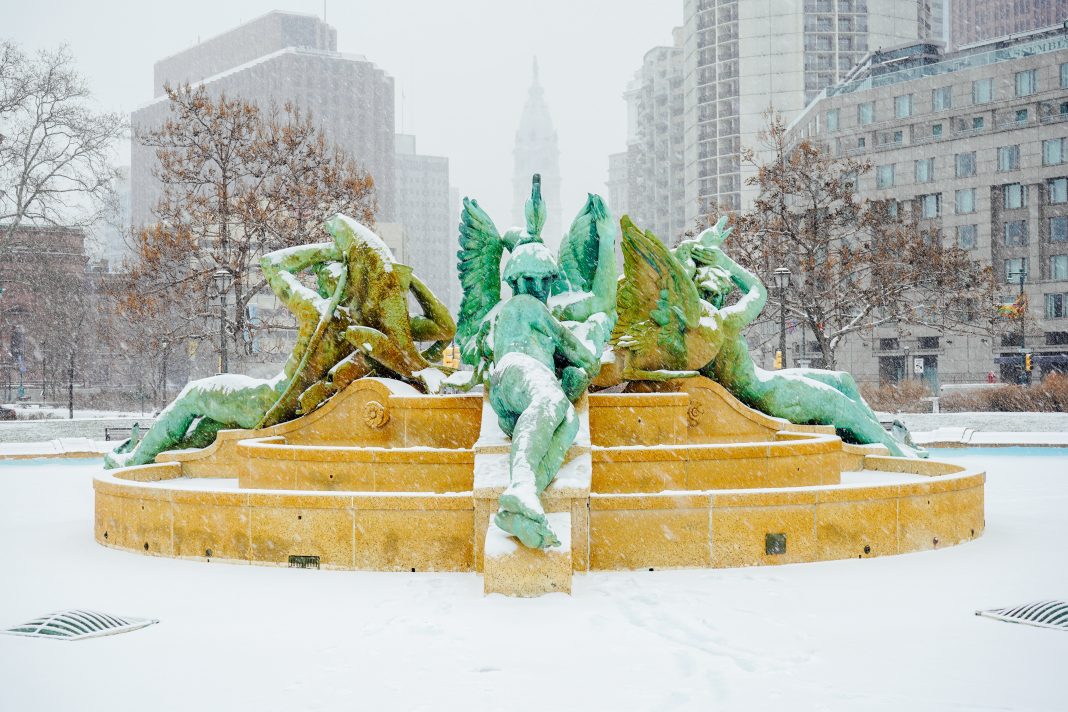 Philadelphia has a legacy of making art accessible. With the first art museum and school in the U.S. and more public art than any other American city – including murals and sculptures – the spirit of the city can be found in the iconic art that follows you down the street into parks, open spaces, museums and galleries.

In honor of the U.S. Bicentennial in 1976, famed artist Robert Indiana was asked to lend his aluminium-moulded LOVE sculpture to Philadelphia. It was placed in JFK Plaza, with a clear view all the way down the Benjamin Franklin Parkway to the Philadelphia Museum of Art. The plaza has since been known as LOVE Park and is arguably the most selfie-friendly spot in Philadelphia.

Rocky by A. Thomas Schomberg

The Rocky movies are known the world over and no trip to Philadelphia is complete without a visit to the Rocky steps and the Rocky statue at the Philadelphia Museum of Art. This sculpture was actually created as a prop for a scene in the film Rocky III, however, Sylvester Stallone gave it to Philadelphia in 1982, as he felt that the fictional fighter Rocky Balboa was symbolic of the city, where anyone from anywhere can succeed with grit and hard work.

The Father, the Son and the Holy Ghost: The Calders

The artwork of the Calder family of sculptors punctuates the Benjamin Franklin Parkway from start to finish. The patriarch, Alexander Milne Calder, emigrated from Scotland to the U.S. in 1868 and settled in Philadelphia. He is best known for the immense bronze statue of Philadelphia founder William Penn, placed on top of City Hall in 1894 – the largest in the world atop a public building. His son, Alexander Stirling Calder, was an accomplished sculptor who created the Swann Fountain in Logan Square. Also called Fountain of Three Rivers, the iconic art deco sculpture was created in 1924 and features Native American subjects that represent the Delaware, Schuylkill, and Wissahickon Rivers.

Visit the Philadelphia Museum of Art to see a kinetic mobile by the third generation, Alexander “Sandy” Calder. Ghost flies above the great Stair Hall. Tip: Look out the window on the top floor of the front of the museum to see all three Calder pieces of the family affectionately known as the “Father, the Son and the Holy Ghost.”

This masterpiece by renowned Philadelphia artist Thomas Eakins (seen drawing in the back of the painting) was shocking and frightening for those who saw it for the first time because it depicts a bloody surgical procedure in progress. Eakins created Portrait of Dr. Samuel D. Gross (The Gross Clinic) for the 1876 Centennial Exhibition in Philadelphia and is now recognized as one of the greatest American paintings. The New York Times offers a comprehensive look at the painting online.

Keith Haring’s “We the Youth”

This mural by the Pennsylvania-born, iconic pop artist Keith Haring was created in 1987 for the Bicentennial of the U.S. Constitution (the title is a play on “We the People”). We the Youth is the only Keith Haring collaborative public mural remaining intact and on its original site and was recently restored by Mural Arts Philadelphia.

Philadelphia native Dr Albert C. Barnes amassed one of the world’s most important collections of post-impressionist and early modernist art, between 1912 and 1951. As he gathered works that also included African sculpture, antiquities, Asian art, Native American ceramics, jewellery, and textiles, manuscripts, old master paintings, and European and American decorative and industrial arts, he would arrange them in “ensembles.” Rather than by chronology, style or genre, the arrangements would be for the purposes of symmetry, or light, color and space, instead. By experimenting with the display, he challenged the traditional norms of viewing iconic art, providing a new way to experience it. Visit the Barnes Foundation to see pieces by Renoir, Cézanne and Matisse available nowhere else and make your own connections with the world-renowned collection.

Love for art doesn’t ever die. Do tell us in the comments section, which of these is your favourite and also if we have missed any.

Also Read: The Best of Renaissance Art and Architecture in Florence, Italy