More
Home Topics of Interest Bucket List Heard About The The Ionian Islands Of Greece? 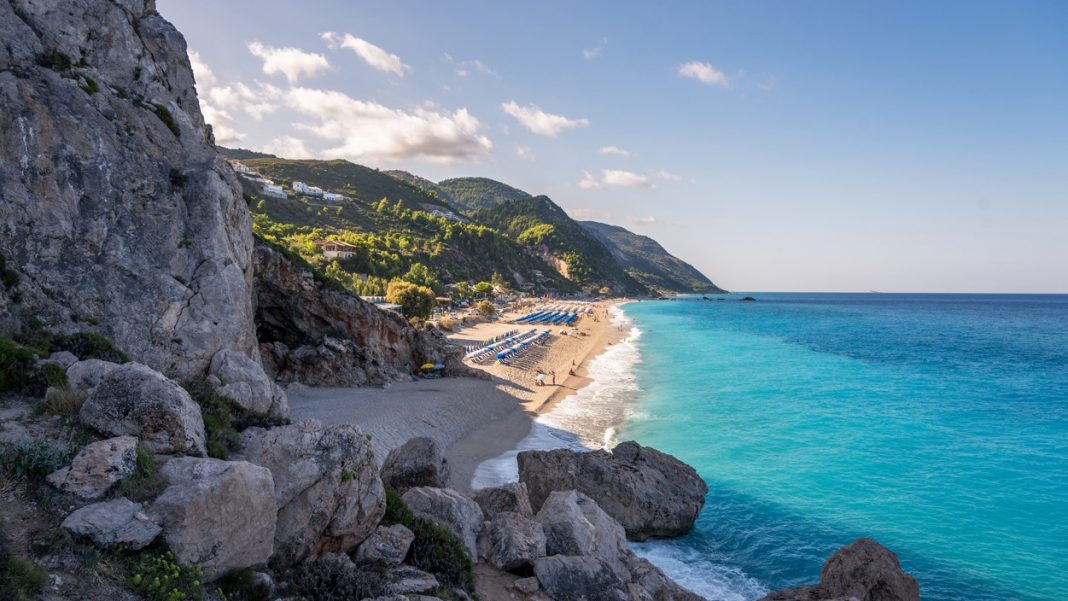 Third most popular islands in Greece after Cyclades and Crete, the Ionian Islands are an island cluster comprising twelve small and large islands. The six core Ionian Islands are Corfu, Zakynthos, Paxi, Lefkada, Kefalonia and Ithaki. Now, even though officially counted among the Ionians and constituting the seventh of the traditional eptánisos (heptanese or “seven islands”), Kýthira is geographically quite separate from these six islands. It is only accessible from the southern Peloponnese.

These islands lie linked in a chain along the west coast of mainland Greece but each has its own distinct landscape and history. The Venetian, French and British occupiers have all helped to shape the islands’ architecture, culture and cuisine; and that contributes to the unique feel of Ionian life. With their rugged shorelines, soaring mountains and deep Mediterranean blue waters, they hold something new for adventure seekers as well.

Floating on the haze of Ionian Sea with their lush green contours, these seven islands might be the best way to BEAT THE HEAT!

Sitting in the heart of the Ionian Sea, Corfu (Kérkyra) was one of the first Greek islands established on the package-holiday circuit. It is one of the most connected to the historic Greek islands and due to its close link with history, has a cosmopolitan-multicultural charm.

Explore the northernmost and one of the most popular of the Ionian Islands where the beaches are one of a kind! You’ll find them nestled in sandy coves, surrounded by green forests and mountains! Don’t forget to find out about the picturesque seaside villages, tiny verdant islets, luxurious Corfu resorts, and wild natural landscapes. According to Greek Mythology, Corfu is believed to be the island where Odysseus stopped before returning to Ithaca. While walking around Corfu Town the capital of the island, you’ll get to see best historic sites, including the 15th-century Old Fortress and Spianada, a huge parade ground and park surrounded by stunning 19th-century architecture, such as Saint Michael and George Palace.

Also Read: Following The Trail Of The Odyssey In The Modern Day

This breathtaking island was originally a peninsula. It was later joined it to the rest of Greece in the 8th century BC when Corinthian colonisers cut a canal through the narrow strip of land. Located on the west coast of Greece, Lefkada attracts many visitors with its crystal blue waters and steep rocky surroundings and glorious beaches. While the island is surrounded by some two dozen islets, now it is connected to the mainland by a floating pontoon bridge and a long causeway.

Also Read: Why Lefkada should be your next Beach Destination!

Also known as the “Caribbean of Greece”, Lefkada boasts some of the best beaches in the Mediterranean Sea. The island’s west region has the best beaches while the windy south is a favourite spot for kite surfing and paragliding. Enjoy the sandy beaches with mesmerizing turquoise waters and surrounded by wild nature in Lefkada!

The third largest of the Ionian Islands, Zakynthos is also known as Zante is known for its varied coastline. It ranges from rugged cliffs on the west coast and caves to the north to sheltered sandy beaches to the south and east. Zakynthos is another one of the most popular Ionian Islands. It is wildly popular for its dreamy natural landscapes, exotic beaches with sugar fine sand and turquoise waters and crazy nightlife. You can also find the endangered sea turtle species Caretta-caretta at Zakynthos beaches, and a boat trip to view the Blue Caves on the northern tip of Cape Skinari is a MUST!

Don’t forget to visit the Instagram-Famous Navagio (Shipwreck) beach. If you are into Kdramas, this beach was featured in Descendants of the Sun as well. Yep, THAT shipwreck!

Located south of Corfu, on the northern side of the Ionian Sea, Paxi is one of the smallest of the Ionian Islands with just 13 km (8 miles) in length. Due to its size, it can be accessed only by boat. This makes the island a popular stopping point for yachts.

Also known as Paxos or Paxoi, Paxi features luxurious resorts and boutique shops that draw visitors who are looking for a more exclusive cosmopolitan type of vacation. The three villages os the island (Gaios, Lakka and Logos) feature traditional architecture and relaxing beach promenades which should not be missed. While the gorgeous beaches with exotic blue Caribbean waters will leave you in awe, the seas caves (which are roughly about 40 in number) at the south coast will surely take your breath away.

Visit Paxi’s little sister island- Andipaxi while you’re there as it has few of the most wonderful beaches!

This exotic Greek island is the largest and one of the most beautiful of the Ionian islands. Located at the heart of Ionian Sea, Kefalonia has also been the filming location of the movie “Captain Corelli’s Mandolin”.

Also known as Cephalonia, Kefalonia offers a series of “real towns”, stunning beaches, dramatic landscapes and delicious food. You will be bewitched with the island’s indigo bays, enchanting villages, white dazzling sand, mysterious caves, and the lively atmosphere. Visit the capital city of the island, Argostoli. It stands like an amphitheatre overlooking the Koutavous lagoon; a natural reserve that is both a stopping point for migratory birds and Loggerhead turtles.

Famous worldwide as the mythical island of Odysseus, Ithaca is known to charm its visitors with its blue-green waters and the lush greenery. Visit some of the famous sights that are mentioned in the ancient folklore; such as Arethoussa Spring and Cave of the Nymphs which are within a  walking distance from the capital city of Vathy. Ithaka is also known as Ithaki and is ideal for families and romantic couples.

During the day, swim in the crystal waters of Ithaka; or hike the rocky cliffs and have your meal in fish taverns while chatting with the locals. In the evenings stroll along the beach promenade of Vathy and have a relaxing drink with a view to the night sky.

Red and blue sunset in a desolated bay on Kythira, Greece

The secluded island of Kythira lies near the southern tip of the Peloponnese peninsula is known for its relaxing atmosphere. Although officially counted among the Ionians and constituting the seventh of the traditional eptánisos (heptanese or “seven islands”), Kýthira is geographically quite separate from these six islands.

Over the years, Kýthera has been home to hosts of peoples and civilizations; resulting in a culture that is more varied than the other Ionian Islands. According to an ancient myth, this island is the birthplace of Aphrodite. Hence, Kythira has been an inspiration for the paintings of celebrated artists such as Sandro Botticelli and Jean-Antoine Watteau.

By adding the deep and cool sea waters of Ionian Islands for your summer trip this year you can treat yourself with an ideal beach vacation. Don’t forget to let us know about your experiences in the comments below!