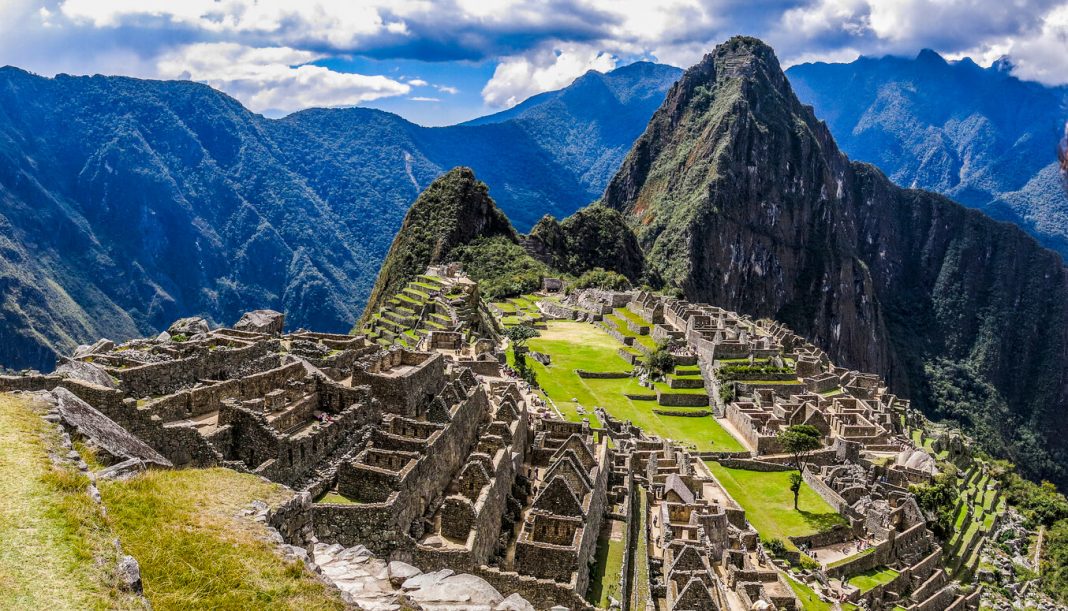 A well known attraction, Machu Picchu, a magnificent ancient Incan city in Cusco, Peru, was built in the 16th century, and later abandoned. Today, its ruins have been classified as one of the Seven Wonders Of The World. This historical and picturesque landmark draws scores of visitors to Peru annually. It is known for its sparkling granite walls, erected without mortar, and its spectacular views. Machu Picchu was ‘discovered’ just over one hundred years ago by American archaeologist Hiram Bingham in 1911. He shared the existence of the city with the modern world in the April 1913 issue of ‘National Geographic’. And since then, this spectacular archaeological site has attracted visitors, researchers, and explorers from all around the globe, all determined to unravel the mysteries or simply to bask in its ancient splendour. No wonder, hiking to the “Lost City of Inca” is on most peoples’ travel bucket list. Here’s everything you need to know about Machu Picchu and its mysteries.

Also read: An experience of trekking to the famous Machu Picchu

Why Is It So Mysterious?

Explorers and researchers from all around the world have been studying the sacred mountain retreat for decades, and there are still many secrets about Machu Picchu and its people. After its discovery, questions have been raised about how it was built, many unknowns have yet to be  resolved. Even today if you wander away from the central ruins at Machu Picchu, you’ll notice occasional paths that branch off into the thick foliage. Where do they go? No one has been able to come up with a plausible answer yet. There are still unknown trails and ruins yet to be discovered nearby. Even today, people are still discovering more about the history, culture and construction of Machu Picchu that displays some of the most artistic and sophisticated architectural feats of the ancient world.

1. Is It Really The Lost City Of Inca?

No. The discovery of Machu Picchu by Hiram Bingham III was actually an accident. He was looking for the ‘Lost City of the Incas’, Vilcabamba, where Inca rulers waged a years-long battle against Spanish conquistadors. He believed that his local guides had led him to the Vilcabamba, and his theory was later disproved when Gene Savoy discovered the real lost city, Espiritu Pampa, west of Machu Picchu in 1964.

2. Why Was It Not Discovered Before?

The Incas took preventive measures to avoid the discovery of Machu Picchu. The city was abandoned by the Incas for 100 years after they made it in 1532, fearing that the Spanish settlers would find it. So in order to prevent probable looting by the Spanish, the Incans descended the mountain and burned the forest surrounding the town so that the re-growth would cover up access trails. The nifty plan worked as the Spanish never discovered this ancient city and it was unknown to outsiders until Bingham’s visit in 1911.

Machu Picchu was built on two fault lines and hence is prone to frequent earthquakes. But due to its ancient engineering technique called ‘ashlar masonry’, where the stones are cut to fit so tightly together that mortar is not necessary, and the structures remain standing today. During an earthquake, the stones in an Incan building are said to ‘dance’, they bounce through the tremors and then fall back into place. Without this method, many of the best-known buildings at Machu Picchu would have collapsed long ago due to the seismic activity in the region. The ashlar method has proven to be more earthquake-resistant than using a mortar and is the current method being employed to “restore” the ruins.

4. Almost 60% Of The City Is Underground

While tourists marvel at the impressive and beautiful granite walls of Machu Picchu, archaeologists have been able to demonstrate that most of the city is built underground. An incredible feat of engineering, Machu Picchu is nothing short of spectacular. Yet about 60 per cent of the structures of this ancient site are all underground in a series of fountain walls and drains that twist and run through the ground and go completely unnoticed. These deep building foundations and an extensive crushed rock drainage system built by the Incas were built to cope with the wet seasons.

5. Why Was It Constructed?

Many archaeologists have worked hard to unravel Machu Picchu’s history along with reasons for its construction. While some believe that it was built in 1532 as a tranquil resort town for the royal family to escape the main city of Cuzco, other archaeologists argue that the trip to Machu Picchu from Cusco could have had a spiritual purpose. Archaeo-astronomer Giulio Magli believes the journey to Machu Picchu may have been related to the first Incas who traveled from Lake Titicaca. Therefore, the site might be the final destination of a challenging pilgrimage. However, the truth is that no one is totally sure why it was built.

If nothing else, the construction of this spectacular site will surely knock your socks off. The biggest mystery has been the construction of this 16th-century structure. Built with granite rocks each weighing over 55 tons, without using wheels, animals, iron tools, or even mortar, this massive structure is considered incredibly advanced from an engineering standpoint.

While visiting this historical site, many miss out on the two secret temples: Temple of the Moon, also known as the Great Cavern and Intimachay or the Cave of the Sun. To see the Temple of the Moon, take some time to follow the trail that leads to the temple. It is located on the farthest side of Huayna Picchu, a mountain that rises over Machu Picchu. Here, you’ll find a ceremonial shrine that has been built inside a natural cave. The cave itself is lined with exquisite stonework and niches that were once probably used to hold mummies.

You’ll find the Cave of the Sun tucked below Machu Picchu’s main site. The cave is believed to be a sacred space, once designed to make the most of the rising sun during the December solstice as part of the Incan wintertime ritual Capac Raymi.

It is believed that the Inca did not live alone in Machu Picchu. They might have cohabited with other people, tribes and groups. According to Brian Bauer, an Andean civilization expert, ceramics and textiles have been uncovered from people across the region indicating that people from a variety of backgrounds lived in, or at least visited, the city.

Even after a century of its discovery, further exciting discoveries continue to be made in Machu Picchu, proving that the city still hasn’t given up all its secrets. Visit the Lost City of Inca and let us know which secrets you unravelled about Machu Picchu in the comments below.