More
Home South & Central America Brazil Take A Breather At 9 Of The Best City Parks From Around...

What’s more relaxing than to escape the hustle-bustle of the city and take a walk in a peaceful city park? After a long day of exploring the urban jungle you are visiting3, sometimes all you want is a moment of peace and quiet. Beautiful green spaces like city parks are the perfect solace from the crowded streets, roaring traffic and towering skyscrapers. So, here’s a list of best city parks from all around the world, each promising a little urban Zen: 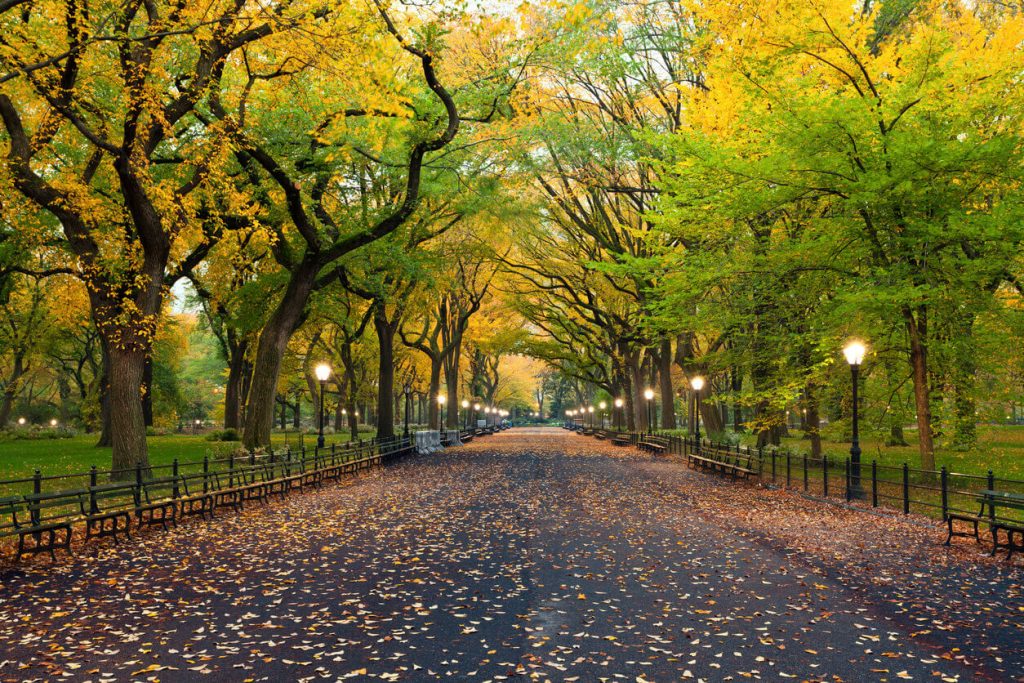 Located at the centre of Manhattan, Central Park is considered as a symbol of New York City with the Empire State Building and the Statue of Liberty. This expansive, 843-acre park is one of the most iconic parks in the world and was Central park the first public park in America. Filled with gorgeous fountains, monuments and bridges, alongside green meadows and sprawling waters, this park is a National Historic Landmark. You can visit polar bears at the Central Park Zoo or go boating in the park, have dinner at Tavern on the Green, or take one of the city’s iconic horse and carriage rides through the park. 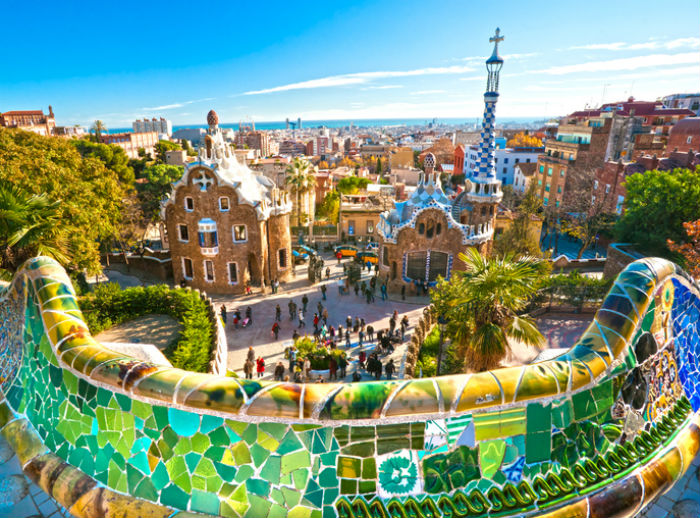 Designed by Catalan architect Antoni Gaudì, UNESCO-listed Park Güell is one of the icons of Barcelona. It is situated on Carmel Hill, with two large buildings signifying the entrance, and is best known for its gorgeous gardens and Art Nouveau architecture. The park’s jewel-toned mosaics, whimsical shapes and peaceful vistas will you the perfect picture opportunity.

The park’s entryway features two fairytale-like houses that lead to the central plaça and famous lizard fountain. Head to the terraced area at the top of the park for a panoramic view of the city or explore the park’s vaulted colonnades and sloping columns by foot.

The 1000-acre Stanley Park is a green oasis almost entirely surrounded by Pacific Ocean waters and features trails, beaches, local wildlife and historic landmarks. Ideally located on a peninsula in downtown Vancouver, this park was Vancouver’s first park and is a national historic site of Canada. Stanley Park is a nature lover’s paradise as it offers a pristine coastline with lovely beaches and roughly 500,000 trees.

Don’t miss the park’s famous Seawall, an 8.8-kilometre path that that encircles the park and offers fantastic views of the Northshore Mountains, downtown Vancouver and the Lions Gate Bridge. 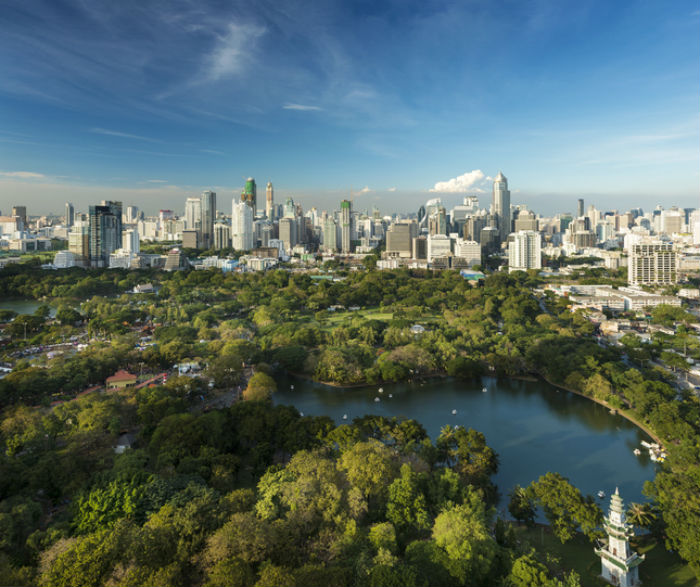 Bangkok’s Lumphini Park is an incredible urban park, including sparkling lakes, shady paths, green lawns and more. Located in the heart of the city’s business district, the park was named after Buddha’s place of birth in Nepal. This park is one of Bangkok’s most popular attractions and provides a rare escape from the busy Thai capital.

Rent a paddleboat on the lake or practice early evening tai chi (for free), or wander along one of the many jogging trails of the park. If you are planning to visit during the dry season, you can listen to classical and Thai oldies at the annual music in the park festival. 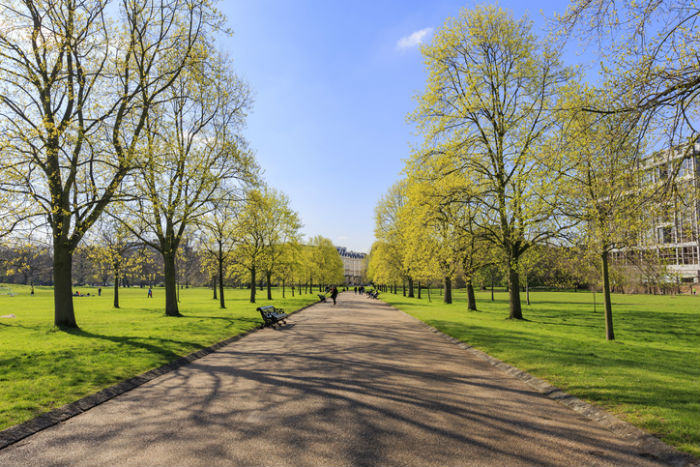 Set along the Serpentine in London, Hyde Park is one of the city’s eight Royal Parks. It covers 350 acres and contains around 4,000 trees, a meadow and ornamental flower gardens. The park also includes famous monuments such as the Diana Memorial Fountain, Achilles Statue and the Serpentine Bridge.

It offers world-class events and a peaceful place to unwind where you can either go swimming, boating, horse riding or simply just enjoy the fresh air alongside the many other walkers, joggers and cyclists.

Hibiya Park is a stunning, tranquil city retreat that covers 16-hectares. This oasis in the heart of Tokyo is Japan’s first Western Style park and contains some 3,100 trees, 10,000-square-metres of green lawns and pretty flower beds. Along with this, the grounds also include Two outdoor music venues host weekend events and festivals, alongside several restaurants and a tennis court.

Don’t miss out on visiting the great fountain which is the symbol of Hibiya Park and is 30-metres wide. It features a 12-metre high water jet at its centre. 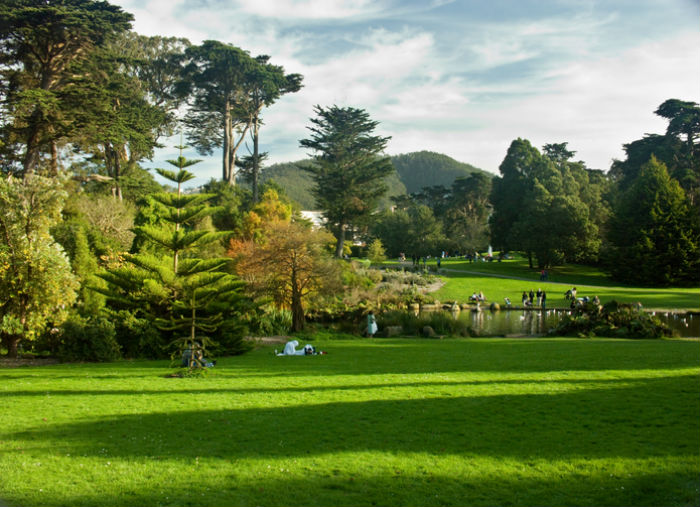 The 1,000-acre grounds of Golden Gate Park in San Fransisco stretch from the city’s popular Haight-Ashbury neighbourhood all the way to the Pacific coast and is one of San Francisco‘s most important cultural hubs.

The massive stretch of parkland includes two windmills that supply water to the park, a carousel, natural lakes; and a diverse mix of woods, trails, colourful gardens, and museums. Stop the Conservatory of Flowers to explore a collection of rare, tropical plants, or head over to the western section of the park to a look at antique windmills and tulip gardens. One of the park’s most popular attractions is the Japanese Tea Garden that features regal statues, lanterns and a peaceful, azalea-covered waterfall. 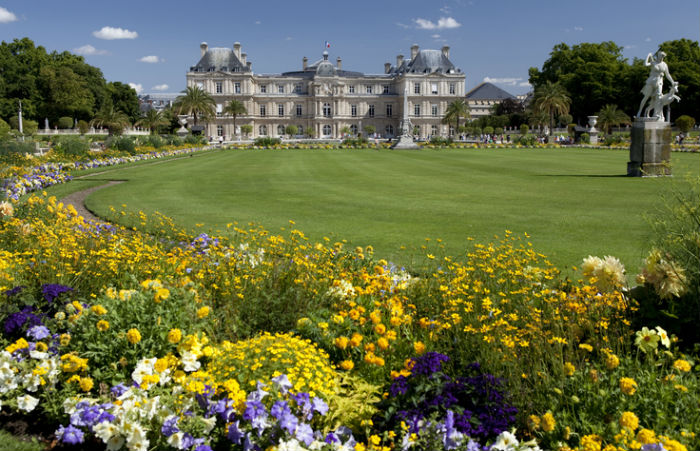 Take a break and visit these iconic gardens in Paris and you will not be disappointed! Designed in 1612 by Marie de’ Medici, the Luxembourg Garden is one of the most charming attractions in Paris for both locals and tourists. After a long day of exploring the City of Love, you can relax and enjoy a bit of fresh air at this beautiful park which overflowing with flowers, apple and pear orchards, and greenhouses. You can also walk along the famous central path, flanked by statues and playgrounds or you may even see a pick-up game of tennis while you sip your café au lait.

Situated in the heart of São Paul, this Brazilian Park was built in 1954 and is often compared to New York’s Central Park. The park was designed by landscape architect Roberto Burle Marx and modernist Oscar Niemeyer. With an area of 158 hectares, Ibirapuera is one of Latin America’s largest parks. It features the University of São Paulo’s Museum of Contemporary Art, a planetarium and multiple pavilions, auditoriums and renowned Bienal – the venue for São Paulo Fashion Week.

There are many beautiful city parks in the world but if you think we have missed any of your favourites, do let us know in the comments below!