Tales From The Kingdom Of Yore, Jordan

Jordan is a beautiful kingdom immersed in history and culture, with its roots dating back to the ancient civilization. The stark difference between modernity and the traditional world is felt as soon as you step into this amazing kingdom. The disadvantages of being lost in a digital world in comparison to the traditional world that our ancestors had left behind for us, duly remind us that there is a world far beyond the black mirrors of our virtual prisons. The beauty of Jordon is the remnants of an ancient civilization which has long since passed, but yet remain stamped into the inherent fabric of this amazing land and imprinted into the souls of its people.

And without doubt, the greatest tourist attraction of this land, along with being one of the seven wonders of the world is the Petra. Petra which was once the sprawling capital of the Nabataean kingdom, is a city built entirely of stone and is also a UNESCO World Heritage site and very much rightly so. The monuments and tombs of the centuries-old metropolis, which have been carved deeply and beautifully into the reddish cliffs, are a sight not seen anywhere else on this Earth. But most of the visitors who travel to Petra, end up seeing only the main attractions which are the Al Khazneh, or the Treasury, which is the most well known, without really venturing off the main path.

But if you really want to lose yourself and experience all of Petra’s wonders, the best thing to do is to lace up those hiking shoes and get into the groove and break a sweat. Just climb up the 800 steps to the beautiful monument known as Ad Deir (the Monastery), where it is believed the Nabataeans used to hold religious festivities. Next after that, trek uphill to the High Place of Sacrifice, a sacrificial ground where the rituals of sacrificing animals were performed. One of the most beautiful views comes from one of the lesser-known trails, including one where you can look down the vast scene on the Treasury, a perspective few people get but it is advisable to hire a tour guide to take you.

But what is even more gorgeous is Petra by night which is run every Monday, Wednesday, and Thursday every week, starting at 8:30 pm from Petra Visitor Centre, hosted by a licensed guide and ends around 10:30 pm at the Visitor Centre. 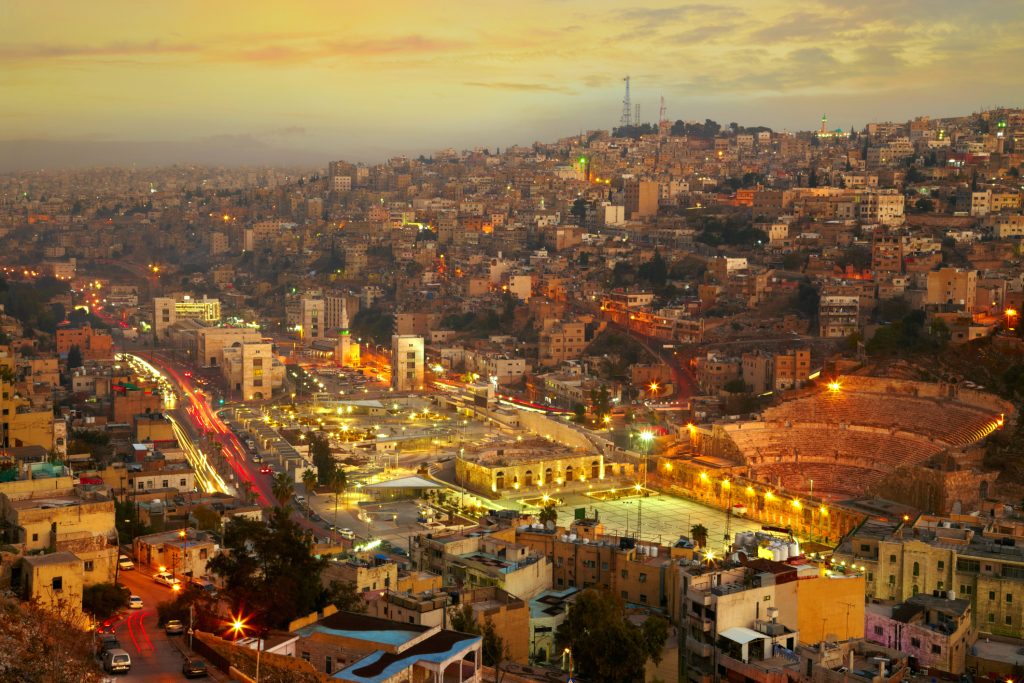 Jordan is undoubtedly a foodie’s delight. Their national dish is a dish cooked with lamb or goat, cooked in creamy yogurt and aromatically seasoned with various herbs and spices, then dressed succulently with sprinkles of almonds and pine nuts and finally served over a mountain of white fragrant rice. The Jordanians happily spend hours and hours making mansaf, which is a tedious process and requires many steps, but it makes it worth it when an entire group eats it together over laughter and bonhomie and is mostly eaten with the hands.

Another classic from the Jordanian meal chart is the stuffed lamb, which is packed with rice, chopped onions, and a good sprinkling of nuts. The most basic but scrumptious and soul-satisfying food you can find there is Jordan’s falafel, and even better is watching it being made right in front of you. Vendors roll the chickpea paste into balls, fry them in hot oil, then serve them to you sizzling hot. You can pair it with a pita bread fresh out of the oven—and voilà, you are greeted with perfection. Also, if you’re on the lookout for a tasty and healthy souvenir, then olive oil can be found almost everywhere in Jordan because Jordan is a major producer of olive oil.

But the absolute icing on this cake is definitely the famed Dead Sea, which is bordered by Jordan, Israel, and the Palestinian territories. Its name itself is a contradiction because it is actually a lake and a very salty one at that. It is 34 percent saline in nature, which is almost ten times that of seawater. This extreme saltiness simply means your body doesn’t sink at all once you wade into the water, on the contrary, it instantly bobs to the surface like an invisible float, leaving you free to relax, lie back and enjoy a beauty soak at Planet Earth’s lowest point. The bright-blue waters are a haven for many swimmers who want to float as if by magic. 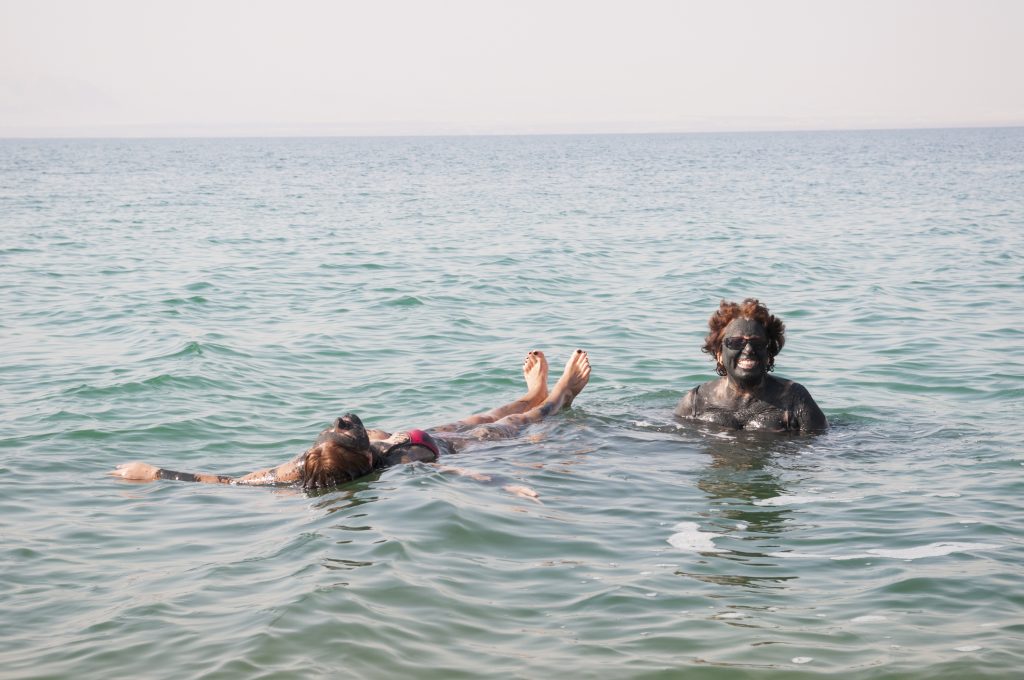 And floating is not the only thing you can do here, can slather yourself in the famed Dead Sea mud, which is known to have restorative properties, and manages to do wonders for the skin. The scrubs, salts, or other products available there make perfect souvenirs. Jordanians often refer to the Dead Sea as “the lowest natural spa on Earth,” and this location also offers plenty of luxurious resorts offering massages or special mud pack treatments claiming they may leave feeling ten years younger. Who knows maybe Jordan is the experience which needs an entry on your bucket list because it is definitely one that not many have experienced and enriches the body, mind, and soul.