Being the first Marvel movie that was nominated for, and win an Oscar (in the categories of Best Original Music Score, Best Costume Design, and Best Production Design)—there has been no stopping “The Black Panther” since its release in 2018. One cannot deny how the win has been historic for African women: Ruth E. Carter for best costume design, and Hannah Beachler for best production design. But if you’ve watched the movie, you’d know how the costumes in the movie were anything but primitive (imagine this is said with the same disgust as Okoye talking about guns).

The Afri-futuristic costumes designed by Ms. Carter makes us want to thank her for keeping the African culture and tradition alive. As in the comics, Wakanda is country which was never colonized, hence, the costumes and the look of the characters in the movie are a sort of “what could’ve been”.

But these outfits in the film drew inspiration from very real tribes and cultures to depict different people in Wakanda; tribes that you yourself can visit today. These fierce looks were created only due to Carter’s and Beachler’s extensive research of the various traditional culture and clothing from different parts of the continent to bring in the different tribes of Wakanda. Here is a list of some styles which influenced the Oscar winner to create the fierce Wakandan style, that was, in her words- “Beautiful, positive, forward, colourful”.

The River Tribe Elders were seen sporting a traditional lip plate in the throne room during one of the scenes in the movie. These lip plates are a form of body modification in Africa but while in the movie the lip plate was worn by a man, they are usually worn by women. This style was drawn from the tribes of Mursi and Surma in Ethiopia. 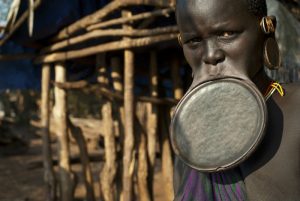 Queen Ramonda’s large disc headdress when she receives the new King of Wakanda -T’Challa, is inspired by Zulu culture in Africa. Zulu “flared hats” or “Isicholos” are worn by married women for ceremonial festivities. Although in the movie, Queen Mother wears a smaller version of the hat, the size and the colours of these “flared hats” differ between clans. 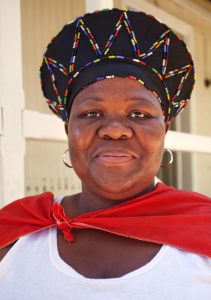 The red ornamentation of Dora Milaje with their tall spears make them look like the Masaai people of East Africa living in southern Kenya and northern Tanzania. 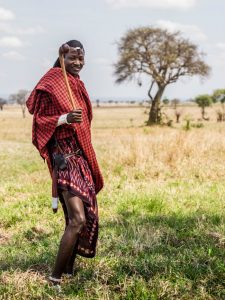 The Border tribe’s neck blankets in the movie have been borrowed from the traditional blanket cloaks of the Basotho people who live in modern Lesotho and South Africa. This traditional woollen blanket is produced by one company and sanctioned by the Basotho royal family. The symbols on the blankets hold deep meaning as well. 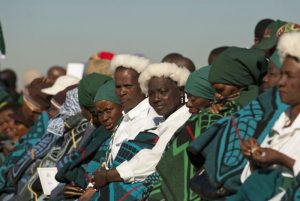 When Killmonger visits the London Museum, he steals a long-horned mask complete with a mane (just for fun, he says) which he later wears in one of the scenes. The mask took inspiration from Mgbedike or Igbo Mask from Southeast Nigeria. These masks are used in Igbo rituals where they are distinguished as bold and masculine, for men (obviously) and ones with feminine beauty (for female dancers).

Remember the Mining tribe Elder from the movie? If you don’t, this can be the perfect excuse to watch the movie again (like you needed any) and you can observe the Elder’s distinctive earthy red tone and her hair plait with thick locks leaving the ends to puff.

This appears to have been borrowed from the Himba people of North Western Namibia. The Himba tribe are known for applying the otjize paste or the red ochre paste (made with ochre stone, butter and fat) all over their skin and their hair. 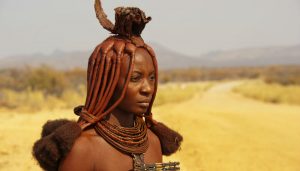 King T’Challa is seen wearing the traditional Kente scarf by the end of the movie. These brightly coloured scarves are known as nwentom in their native place Akan, Ghana. 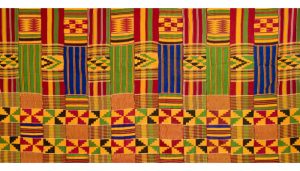 As seen around the necks of Dora Milaje- the elite group of female bodyguards, and Wakandan Special Forces, these are the Ndebele Neck Rings. These golden rings, known as indzila, are only worn by married Ndebele women. The Neck rings are worn by South Ndebele people of Zimbabwe/South Africa as a part of their traditional dress. 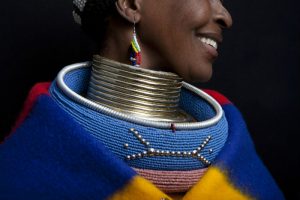 One has to appreciate the beautiful ornamentation that has gone perfectly with the outfits in the movie. Borrowed from various cultures and traditions and tribes from the continent itself, might be the reason why they fit so well together in the movie.

So, while Wakanda isn’t real, most of its culture is firmly rooted in the many diverse African cultures of our own world. Apart from the places and people mentioned, there are loads more distinct African tribes, cultures and people represented in some way in Black Panther. And having read where this Wakandan style came from, why not take the opportunity to visit these places and find out more about their cultures for yourself?

If you think, we missed any, do let us know in the comments!