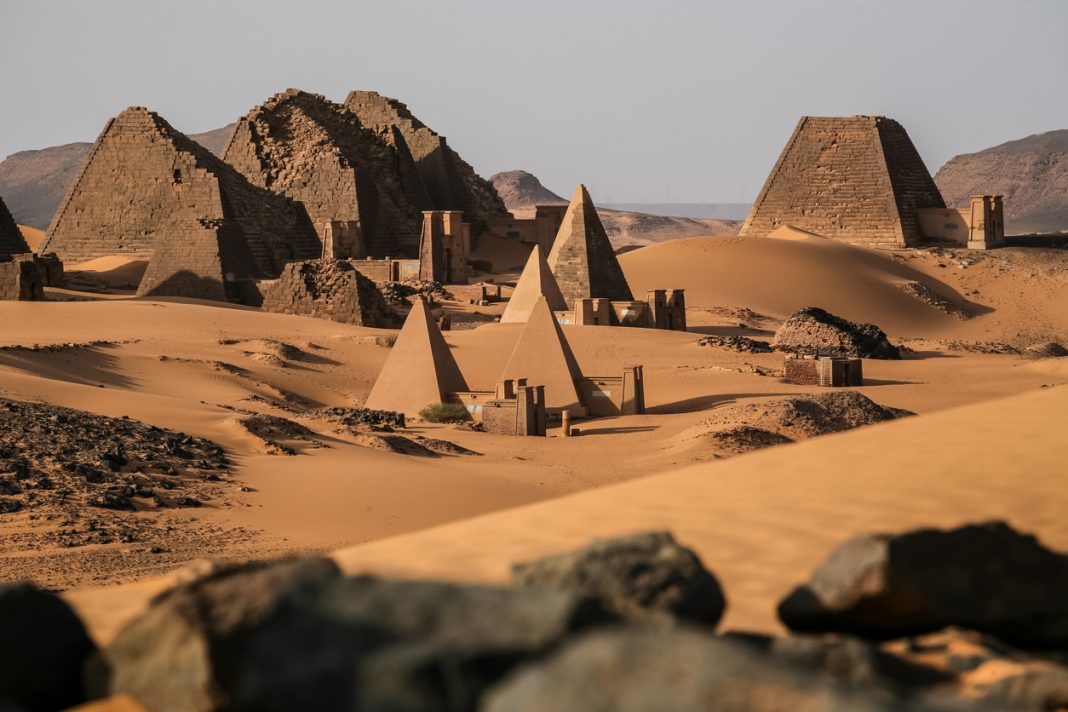 With its rich cultural heritage and stunning natural beauty, Sudan is a wonderful hidden gem. Under the country’s sweeping sand dunes lie many ancient treasures and things to do in Sudan that the world at large is only just beginning to discover. The few travellers who venture here all also agree that the Sudanese are some of the friendliest people you’re likely to meet.

Sudan is perhaps best known these days for its two civil wars (1955-1972 and 1983-2005) and the recent military coup in April 2019. But this ever-changing security situation is mostly restricted to western and southern Sudan, leaving the northeastern region of the country quite safe to visit.

Also Read: Visit These 11 Pyramids Around The World

Once the centre of the Nubian kingdom of Kush (from the 8th century BC to the 4th century AD), Meroë was also where most royal burials took place. So, there are over 100 pyramids at this heritage site, smaller and narrower than those in Egypt, but equally impressive. You can even enter the pyramids and get up close to the hieroglyphs and carvings.

2The Temple of Soleb

The temple of Soleb, dedicated to the Egyptian Sun God Amun-Ra, was built in the 14th century BC by Pharaoh Amenhotep III. It sits on the west bank of the Nile and is one of the best-preserved sandstone temples in Sudan. Soelb is also the location of a vast necropolis.

This small sandstone mountain is located to the north of Khartoum, in the present-day town of Karima. It was used as a landmark in ancient times, and the Egyptians believed that the God Amun lived in this “Holy Mountain”. Also here are the ruins of temples, tombs, and palaces grouped into four archaeological sites: Kurru, Nuri, Sanam, and Zuma.

Across the Nile from Jebel Barkal is the Necropolis of Nuri. It is home to over 20 ancient pyramids of Nubian kings and queens which are some of the oldest and largest in Sudan. They date all the way back to the 7th century BC. Entry tickets can be bought from the museum in Karima.

The colourful capital of Sudan is located at the point where the Blue Nile and White Nile meet, a point known as al-Muqran. Don’t miss the National Museum of Sudan, which has a fascinating archaeological collection and the remains of temple buildings and the Ethnographic Museum.

Located very close to the capital of Khartoum is the Sheikh Hamed al-Nil mosque in Omdurman. Every Friday afternoon you can see an incredible Sufi ceremony here, where hundreds gather around whirling dervishes, dressed in colourful outfits, who chant, dance, and spin accompanied by cymbals and drums. The crowds form a circle around the dervishes, but keep in mind that women will be asked to move to the second line, as the inner circle is males only.

This tiny Sudanese island is located at the very point where the White Nile and the Blue Nile merge to form the main Nile. Just eight square kilometres across, it is covered in acres of green fields, citrus orchards, vegetable farms, and a small village with narrow muddy lanes lined with donkeys and rickshaws.

This triangular-shaped national park and biosphere reserve is connected to Ethiopia’s Alatash National Park. It features grass plains that seem to glow under the hot sun, as well as many species of birds and mammals. Visitors of the park are likely to come across lions, leopards, cheetahs, bushbucks, ostriches, and antelopes.

The vibrant souq in Kassala is one of Sudan’s best market. It sells almost everything, from spices, fruits, cloth and houseware to plastic buckets and electronic goods. Also here are unique items such as Beja daggers, henna, talih wood, and traditional jewellery.

Also in the town of Kassala is the beautiful mud-brick Khatmiyya mosque, with its octagonal minaret and a large open-air prayer hall. It is an important centre of Sufism and sits at the foot of the Taka Mountains. After your visit, climb the hills to get stunning views of the mosque and the town.

An ancient ruined Kushite city, Naqa can be found just to the north-east of Khartoum and near the Meroe pyramids. It is famous for its well-preserved temple of Amun from the 1st century CE, with its splendid columns and hieroglyphics, and for the Lion Temple dedicated to the lion-headed God Apedemak.

This island in the Nile River perfectly encapsulates the history of Sudan. Here you will find an ancient Egyptian temple, a gold mill, and the ruins of a town, as well as an Ottoman fort and a medieval church. You can cross to this island from the village of Tabaj, just south of Abri.

Musawarat is Sudan’s largest Meroitic temple complex, known for its enormous Great Enclosure with its many tumbledown columns carved with reliefs of wild animals. Don’t miss the former elephant stables and the marriage room. Nearby is a large Lion Temple dating to the 3rd century BC.

One of the largest archaeological sites from ancient Nubia, Kerma is filled with lots of fascinating ancient ruins. The most famous are – the Lower/Western Deffufa, a massive tomb structure, and the Upper/Eastern Deffufa which is a few kilometres and is thought to have been a royal cemetery with thousands of low, round graves. Don’t miss the Kerma Museum which contains interesting relics from the area, including some imposing granite statues and various other Nubian artefacts.

Have you seen any of these things to do in Sudan? If you have, or you would like to, do share your experiences in the comments below.