Located high up in the Peruvian Andes, lies the city of Cusco. Once the famous capital of the Inca Empire, it is now one of the most popular tourist destinations in the country as it is close to the iconic Machu Picchu. However, there are lots of things to see in Cusco itself.

This city is filled with Inca buildings and history that were rebuilt by the Spanish, making it truly unique. Make sure to properly acclimatise once you get there, as Cusco is located at the high altitude of 11,200 feet above sea level. Once you’ve done so, here are the top things to see in Cusco: 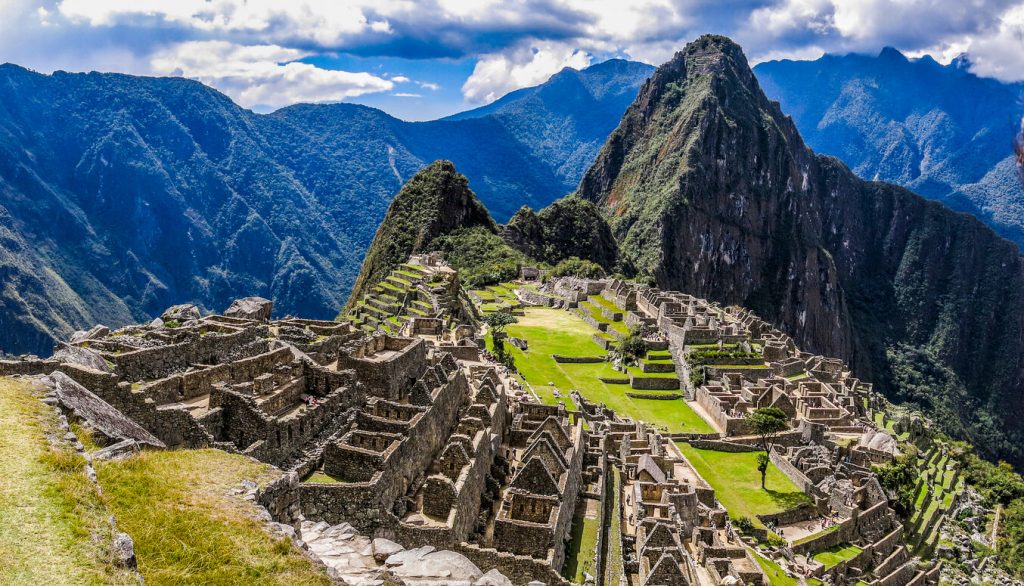 This magnificent ruined Incan city is one of the Seven Wonders of the World. Set between two towering peaks in the Andes, Machu Picchu is thought by scholars to have been built to play on astronomical elements. Built in the 15th century, and later abandoned, it is famous for its sparkling granite walls, erected without mortar, and its spectacular views. The site can be reached by foot, train, and helicopter. 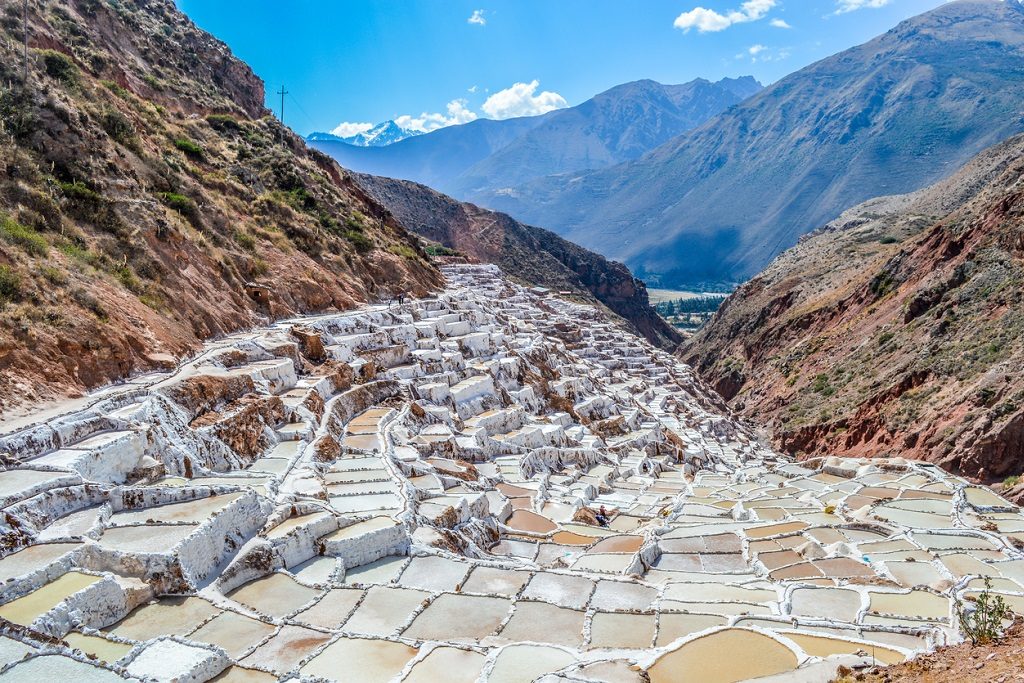 The salt ponds in the town of Maras have been in use since pre-Incan times. Salty water fills hundreds and thousands of small terraced ponds in the crevice of the Qaqawiñay Mountain. Apart from providing a breathtaking sight, they produce beautiful pink salt that you can buy at the outdoor market. 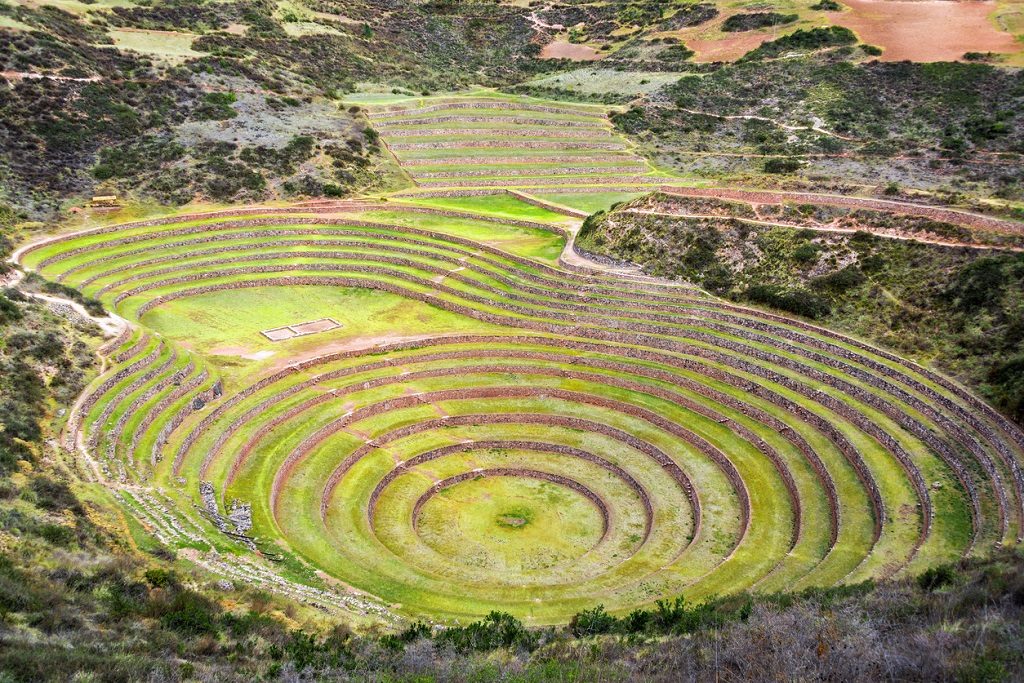 The archaeological site of Moray is a 1.5-hour drive away from Cusco in the remote Sacred Valley. The numerous terraced rings made of stones are a stunning sight and may have been an agricultural experiment. You can also visit the nearby site of Pisac to explore more stunning Incan ruins. Set atop a hill, the complex of ancient temples, plazas, and a citadel provide breathtaking views of the Quitamayo gorge. 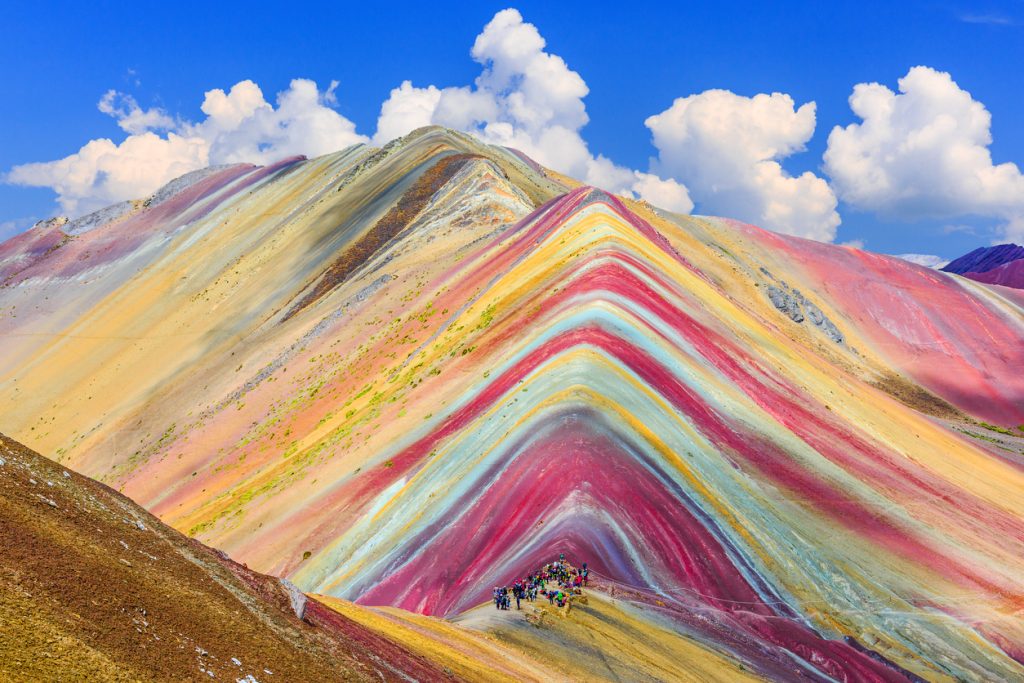 The spectacular and vibrant Rainbow Mountain, or Vinicunca, is located near the more famous Machu Picchu. Its colourful layers of mineral deposits make the hills a popular destination. However, the Rainbow Mountain’s trail lies at 17,060 feet high (almost as high as the Everest Base Camp) so be sure to give yourself time to acclimate as the hike will make breathing difficult. Also, be careful of erosion due to overtourism. 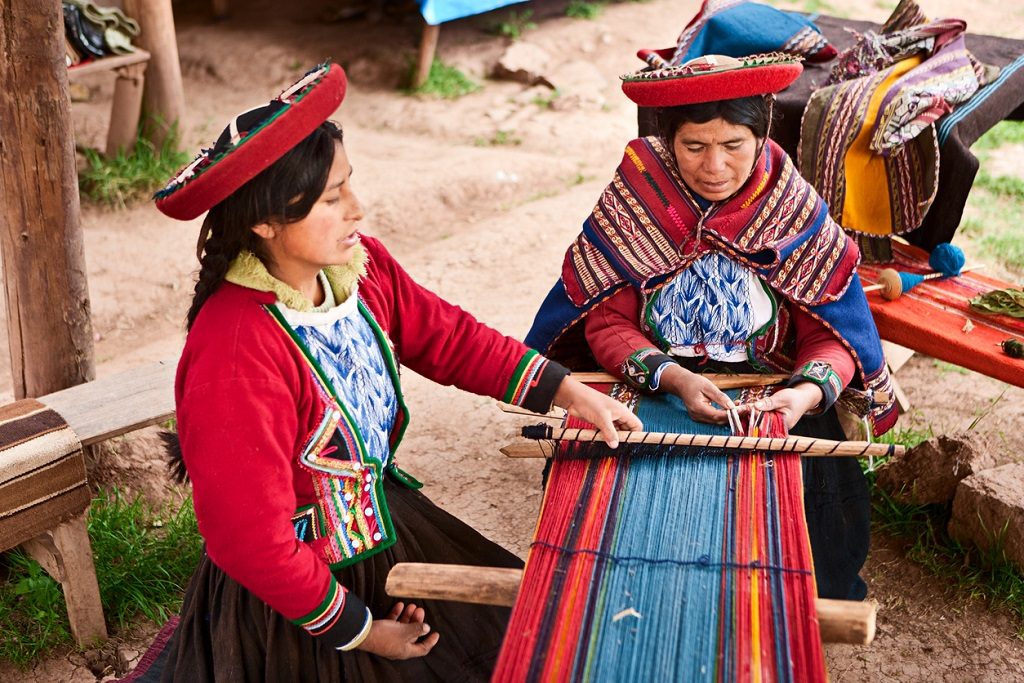 Located near Moray and Pisac is the quaint village of Chinchero. It is said to be the centre of the famous Peruvian weaving. Here, you can see the colourful local markets filled with beautiful crafts. In this typical Andean village, you can also partake of some wonderful mountain views of snow-laden peaks. 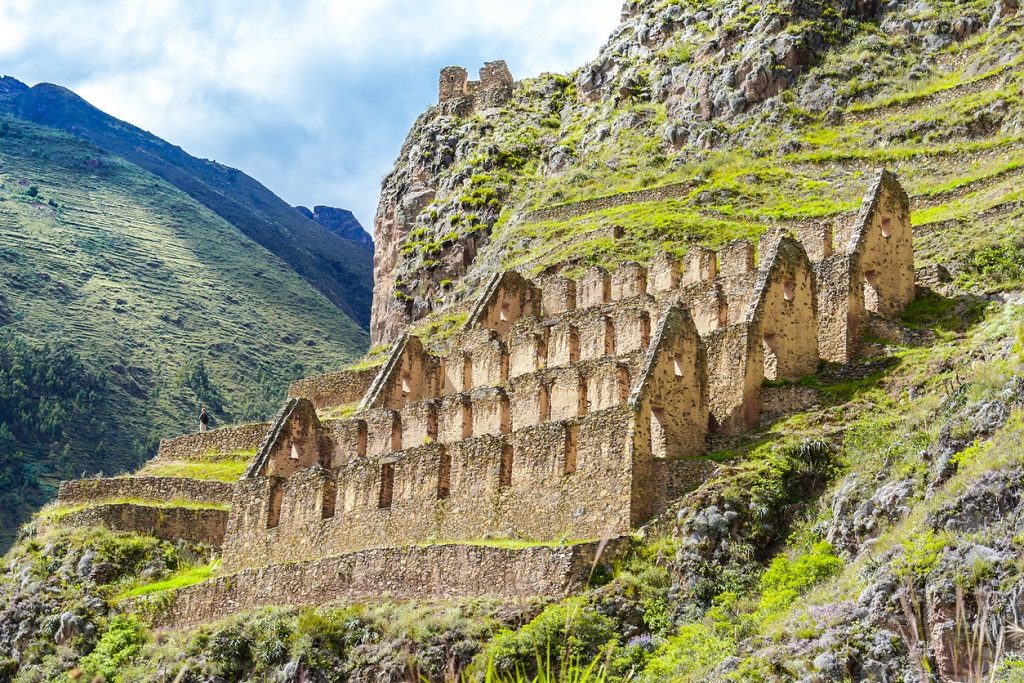 Also located in the Sacred Valley of southern Peru, is Ollantaytambo. Set on the Urubamba River amid snow-capped mountains, it is known for the stunning Inca fortress on the hillside. Built as a series of large stone terraces, it includes fascinating sites like the Sun Temple, the Princess Baths fountain, and a set of ancient storehouses. 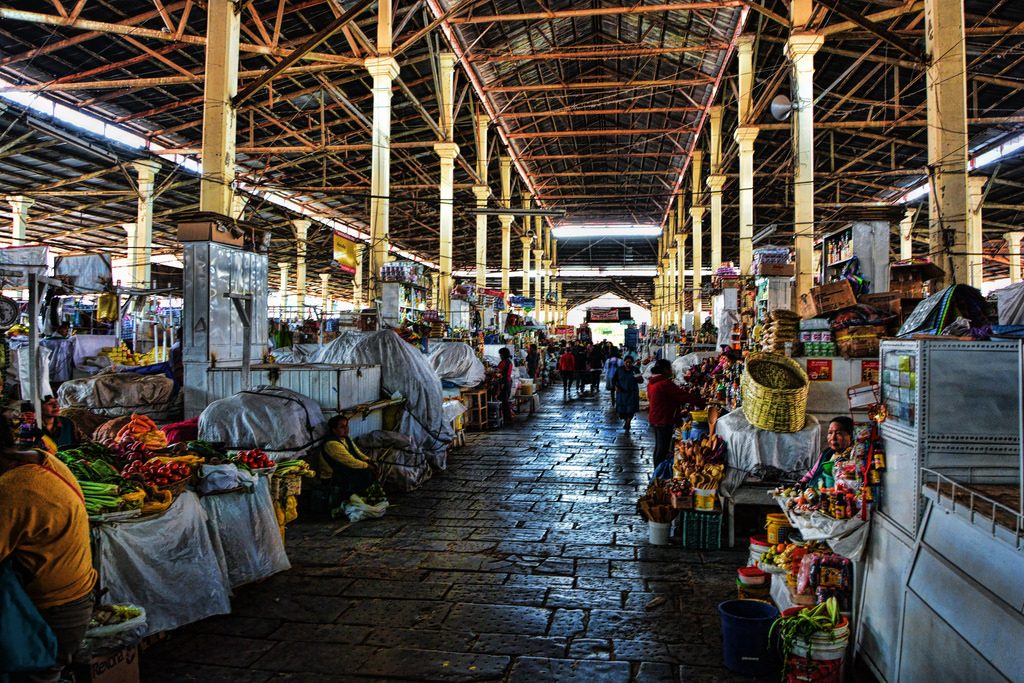 The San Pedro Market is one of Cusco’s largest and busiest markets. It is filled with stalls selling fruit, vegetable and meat, as well as a number of empanada and tamale vendors, and juice and food stalls. The market is also the perfect place to pick up some cheap souvenirs, 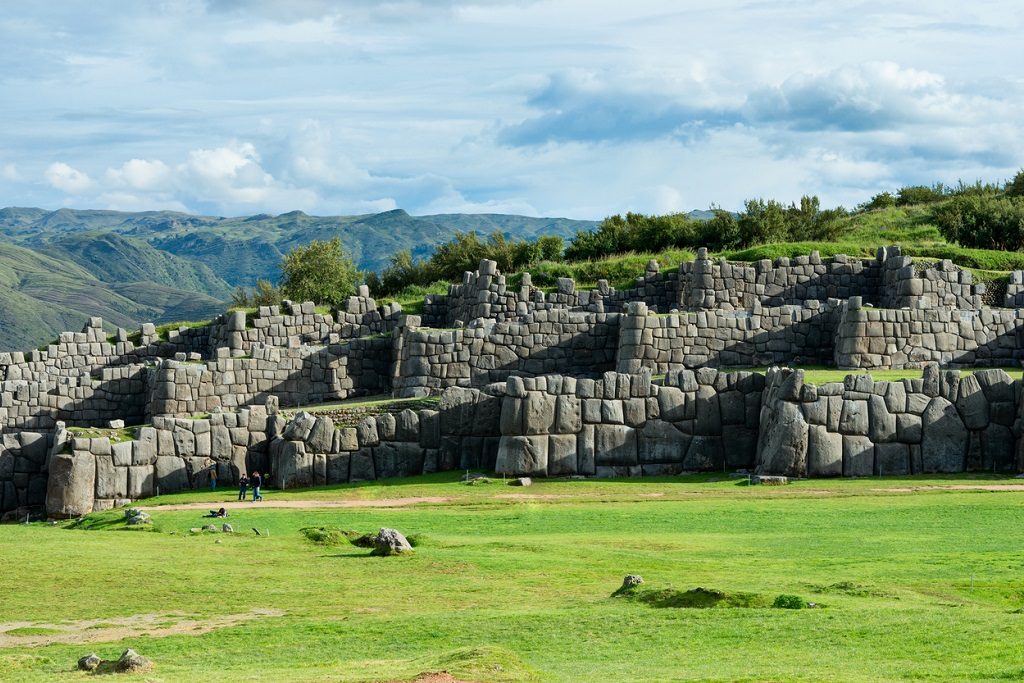 Sacsayhuaman looms over Cusco and is still a bit of a mystery. This ancient Inca religious site was once a huge fortress, filled with temples and passages. It was also the scene of a battle between the Inca forces and the Spanish conquistadors, and very little of the structure remains today. 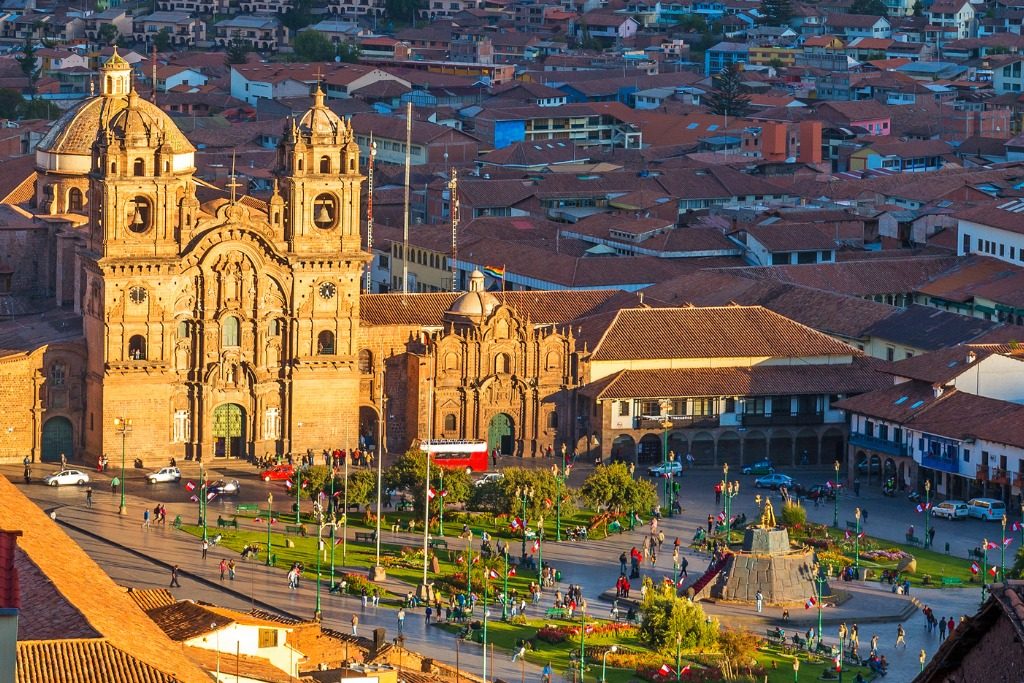 The Plaza de Armas in the centre of Cusco is a truly unique blend of Inca and Colonial architecture. The plaza is lined with restaurants, bars and coffee shops that surround a beautifully manicured garden. At one end of the plaza lies the towering La Catedral. It features stunning artwork and was constructed using Incan stones stolen from holy sites. For more bohemian and artistic cafés and shops, you can also visit the San Blas neighbourhood. 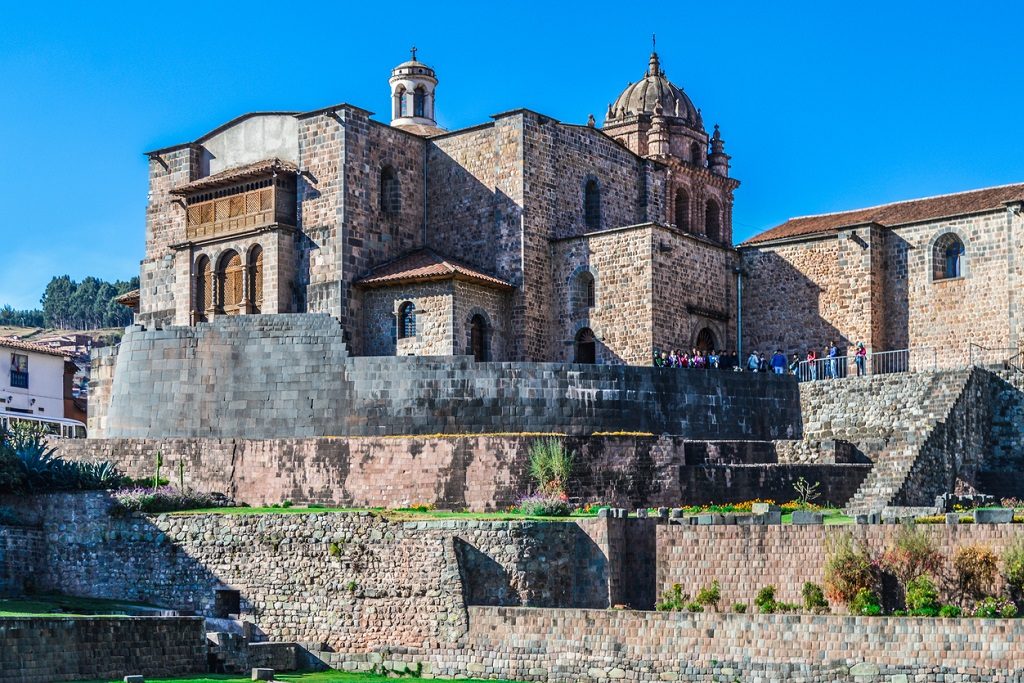 This is the best example of the clash between Incan and Spanish influences on architecture. It was originally built as the Temple of the Sun and lavishly lined with gold sheet. But, it was ransacked by the Spanish, who built the Church of Santo Domingo on top of it. Today you can walk through both the Incan and the Spanish sections of the temple. 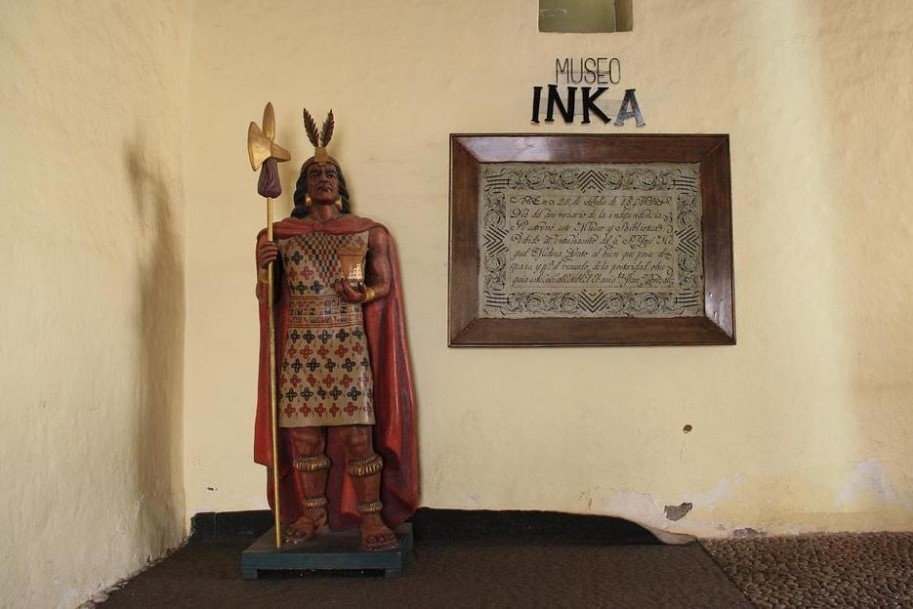 Before visiting the multitude of archaeological sites and ruins scattered throughout the Cusco region, be sure to visit the Inca Museum. Run by the San Antonio Abad University, this museum houses an impressive collection of artefacts across twenty-four rooms. The exhibits cover everything from the pre-Inca societies to the Spanish conquest.