Travel to the Dual-Island Caribbean Nation – Trinidad and Tobago!

This Caribbean Island country located just off the north-eastern coast of Venezuela consists of two main islands—Trinidad and Tobago—and several smaller islands. Forming the two southernmost links in the Caribbean chain, these two islands lie close to the continent of South America and northwest of Guyana.

Treat yourself with the Caribbean palm trees at the gorgeous white sand beaches here at this twin-island republic that offers: unparalleled bird-watching; first-class diving; luxuriant rainforests perfect for hiking, waterfall swimming and cycling; and electric nightlife. 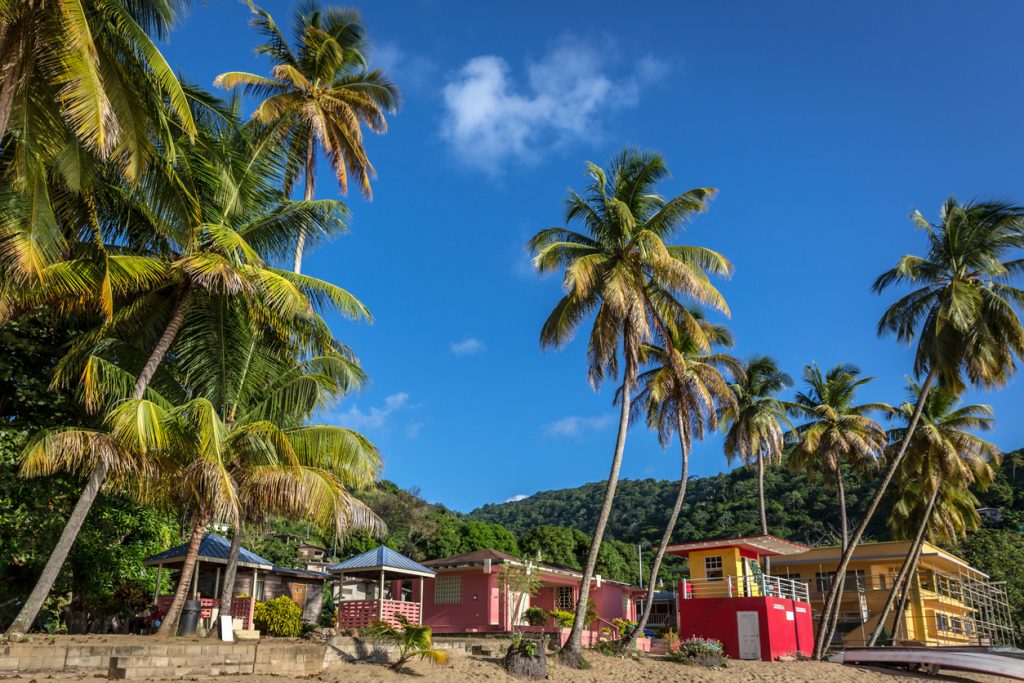 Trinidad, with a surface of 4,748 square km, is the main and biggest island in the archipelago, and also where the capital, Port of Spain, is located. Tobago, much smaller, with an area of about 300 square km, lies 20 miles (30 km) to the northeast of Trinidad.

The southern Caribbean islands of Trinidad and Tobago are an exercise in beautiful contradiction. You can see the contrast between the two islands: Trinidad with its bustling commerce and diversity; while Tobago is with its natural wonders and immaculate white-sand beaches. The biggest among the two, Trinidad has pristine mangrove swamps and rainforested hills sitting side by side with smoke-belching oil refineries and industrial estates. Brimming with these natural resources (oil and gas), you can see why Trinidad is a cosmopolitan oasis of Creole culture and the birthplace of the steel drum and the limbo. Trinidad has several beaches, but it is Tobago’s shores that are more renowned for their variety and beauty.

Also Read: Keep Calm and Enjoy the Caribbean: Our Pick of the Top 8 Islands

A melting pot of cultures, this country comprises of a unique mix of races and cultures. The islands’ diversity is reflected in this mix of cultures that can be traced back to African, Indian, Europen, the Middle Eastern and Chinese ancestry. Even though the official language of Trinidad and Tobago is English, there are sections of the population that speak other languages, including “patois” (a dialect version of French), Spanish, Hindi and Chinese. The existence of a multiplicity of religions here has led to Mosques, churches and Hindu temples standing peacefully side by side. 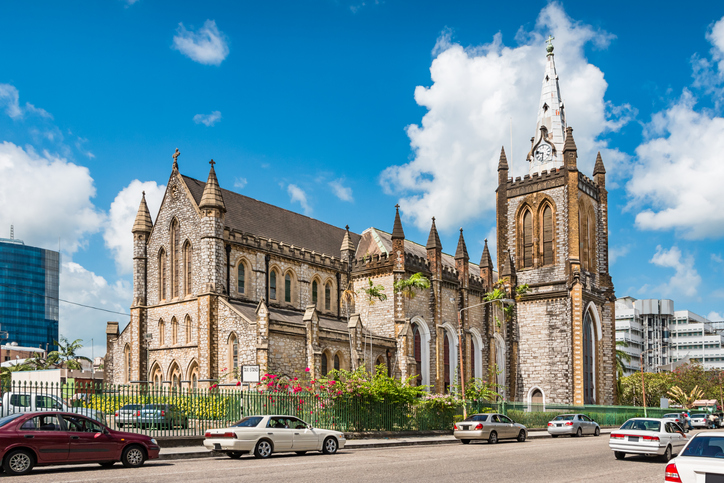 One of the best-loved beaches in Trinidad will win you over with its pure Caribbean flair: a white-sand beach lined with tall coconut palms and clear blue sea against a backdrop of lush green mountains. Just 25 minutes away from the capital city Port of Spain, this beach is the most popular and one of the most beautiful beaches in the country. Do buy the bake and fish sandwich from one of the booths here as they are known to be the best in the Caribbean.

Temple in the Sea

Rising above the vast expanse of the Caribbean Sea during the sunset, this Hindu temple in Waterloo looks just like a painting. This peculiar piece of architecture is believed to be built by a Hindu that defied the colonial ban of building non-Christian temples on dry land. It can be best reached via the route to Chaguanas and is very near to the popular Hanuman Temple in Waterloo. It is surrounded by beautiful, lanky flags where each flag’s colour has meaning and significance.

This former cocoa and coffee plantation was transformed into an 80-hectare nature reserve and now attracts bird watchers from all over the world! You’ll see many colourful species of birds the veranda viewing gallery, as well as lizards and agouti. Commonly seen here are blue-crowned motmots, chestnut woodpeckers, Channel-billed toucans, blue-headed parrots, 14 species of hummingbird and numerous raptors. The centre is about a 1½-hour drive from Port of Spain and has a lodge catering to birding tour groups and a series of hiking trails.

This natural wonder is found in southwest Trinidad in the village of La Brea. This lake measures approximately one hundred acres and is estimated to be two hundred and fifty feet deep at the centre. This natural deposit of asphalt is situated about twelve hundred yards from the sea and holds about ten million tons of pitch. Go experience the viscosity of this natural phenomenon which is the largest phenomena of this kind.

This small fishing village of Speyside fronts Tyrrel’s Bay and is the diving mecca of Tobago. Off the coast in this village, there are several first-class scuba sites in the Caribbean. Speyside is home to Corals in all shapes and colours in the protected waters with high visibility and diverse marine life. You will also encounter turtles, moray eels, sharks and huge manta rays while diving or snorkelling in the reef-studded waters of Speyside.

Covering around 12sq km of Caribbean seabed between Pigeon Point and Buccoo Bay, Buccoo Reef is Tobago’s largest and most heavily visited collection of corals. Take a tour in a glass-bottomed boat to the Reef and snorkel along with the reef fishes. To the south of the reef, you’ll find Nylon Pool which is a gleaming coralline sandbar forming an appealing metre-deep blue swimming pool right in the middle of the sea. Relax while standing up in the middle of the ocean with water that’s the only chest high!

Trinidad & Tobago is warm and sunny year-round, with an average daily temperature of 28 C/ 85F, dipping to 22C/75F in the evenings. So, the best time to visit will be from January to May when the skies stay clear. This Caribbean country has only two “seasons”: the dry season (December – May) and the rainy season (June to December). Although the islands aren’t on the hurricane belt, afternoon rain showers are daily occurrences from June to December. The water temperature year round is 24-29C/75-82F. So you can enjoy water activities all year-round including, surfing, world-class diving, sport fishing, kite surfing and paddle boarding.

Also Read: Your Travel Guide To Saint Vincent and the Grenadines – A Caribbean Nation With Over 32 Islands!

So plan a trip to this paradise of unspoiled beaches, mountain landscapes and natural reserves that offers you the festive culture and exotic gastronomy—all in one go! Don’t forget to let us know about your fun experiences in the comment section below!