Coming-of-age cinema often romanticises the experience of growing up. The pain, the joy and the steady ups and downs of youth are neatly packaged into an affecting tale, forcing the viewers to empathise and in consequence, appreciate. Alfonso Cuarón’s 2001 coming-of-age Mexican road-trip film Y Tu Mamá También (which translates to “And Your Mother Too”) does not lean into any of these trappings.

Rowdy, mischievous and still strangely endearing; Julio (Gael García Bernal) and Tenoch (Diego Luna) are best friends revelling in their youthful abandon. Barely 17, they spend their time drinking, smoking, using drugs and fantasising about their next sexual escapade. Tenoch is the son of a rich politician who leads a privileged life while Julio belongs to a more middle-class household. At a party at Tenoch’s house, the boys encounter Luisa (Maribel Verdú), the wife of Tenoch’s cousin, a much older woman.

Instantly smitten, Tenoch and Julio strike up a conversation with Luisa and convince her to join them on a road trip. Unknown to Luisa, the beach ‘Heaven’s Mouth’ the boys talk about visiting is a figment of their imagination, only a ploy to get her to travel with them. Thus, the three set out on an intriguing road-trip that beautifully captures the Mexican countryside while delving into the three characters’ distinct lives.

Cuaron’s affection for Mexico is evident in every frame. His depiction of the locals and their rustic lifestyles is a glimpse of the realities of Mexico. It is almost an induction for the audience to see a side of Mexico they’ve probably only heard of.

The dynamics between the characters

There’s a building tension between Tenoch and Julio as they both vie for Luisa’s attention. The boys playfully take jabs at each other in an attempt to impress Luisa, the jealousy between the two is constantly hinted at. Sex is a prominent presence in the film, its depictions explicit. The trio doesn’t deter from discussing intricate details of their sexual lives with each other.

Tenoch and Julio are eager to please Luisa with their sexual prowess. Luisa’s character inhabits various roles in the film. At many points, she acts as the voice of reason, the only mature presence in the midst of these bumbling teenage boys, at other instances we get to understand the melancholy she harbours within her because of a fairly discontented life.

Thematic elements in the film

Cuaron tackles several themes. Sex, death, class conflict and Mexico’s intense socio-political climate are constantly intertwined in the narrative. As the three spend time driving along long winding roads, the camera lingers behind to show the audience the state of Mexico. The violence, the protests, the unrest are not glossed over.

It is almost as if the boys and their youthful idealism are in stark contrast to the realities of Mexico. However, Cuaron does not want the audience to chide the boys for their general disregard, he wants the audience to understand that their immature ideologies are an inextricable part of growing up.

Y Tu Mamá También manages to successfully capture the innocence of youth, the fact that being misguided is the precursor to a future where reality will soon come knocking. Cuaron’s direction is distinct, the camera is almost unobtrusive and the close-ups are kept to a minimum. Bernal, Luna and Verdú give exceptional performances.

The camaraderie between the three makes the narrative all the more compelling. The film feels like a fairytale that is rooted in a strange reality. An unconventional and bold take on a road movie, Y Tu Mamá También is a refreshing watch that is poignant and heartfelt. 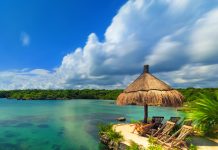 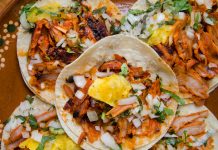 The Best Tacos In Mexico You Will Ever Have 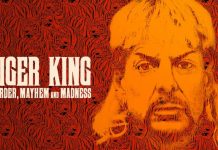 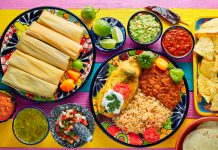 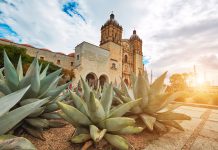 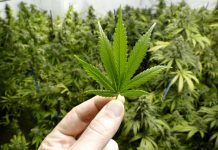