The Tale Of A Multi-Diverse Paradise

Are you nearing your holiday phase of the year? Here’s the place you need to live! South Africa, a part of the world that is known for its multi-diverse culture and mouth –watering food. The cuisines vary from traditional times to the modern ticks. Grab a Fresco Braai to start with and finish the stay with your choice. Follow up the initial days of food eating with popular Melktert (custard-filled pastry). If you like a drink along with your meal, go for the creamy glass of Amarula (Liqueur), which is set to sweet you off your feet. Don’t leave South Africa without eating the following pieces of paradise.

Indulge in the Cape Malay curry

The tinge of spice mixed with traditional cooking methods of the curry make it the most desirable dish of South Africa. Way back in the 17th Century, the Dutch and French landed and settled in Cape Town, bringing slaves from Indonesia, India and Malaysia, along with their spices and traditional cooking methods. The story makes for an amazing delicacy in the current days. Combined with local produce, the aromatic spices such as cinnamon, saffron, turmeric and chilli creates fragrance in the curries and stews, which are still popular in the area today. Try it on your first visit to this beautiful country.

Savour the bites of Biltong & dowers 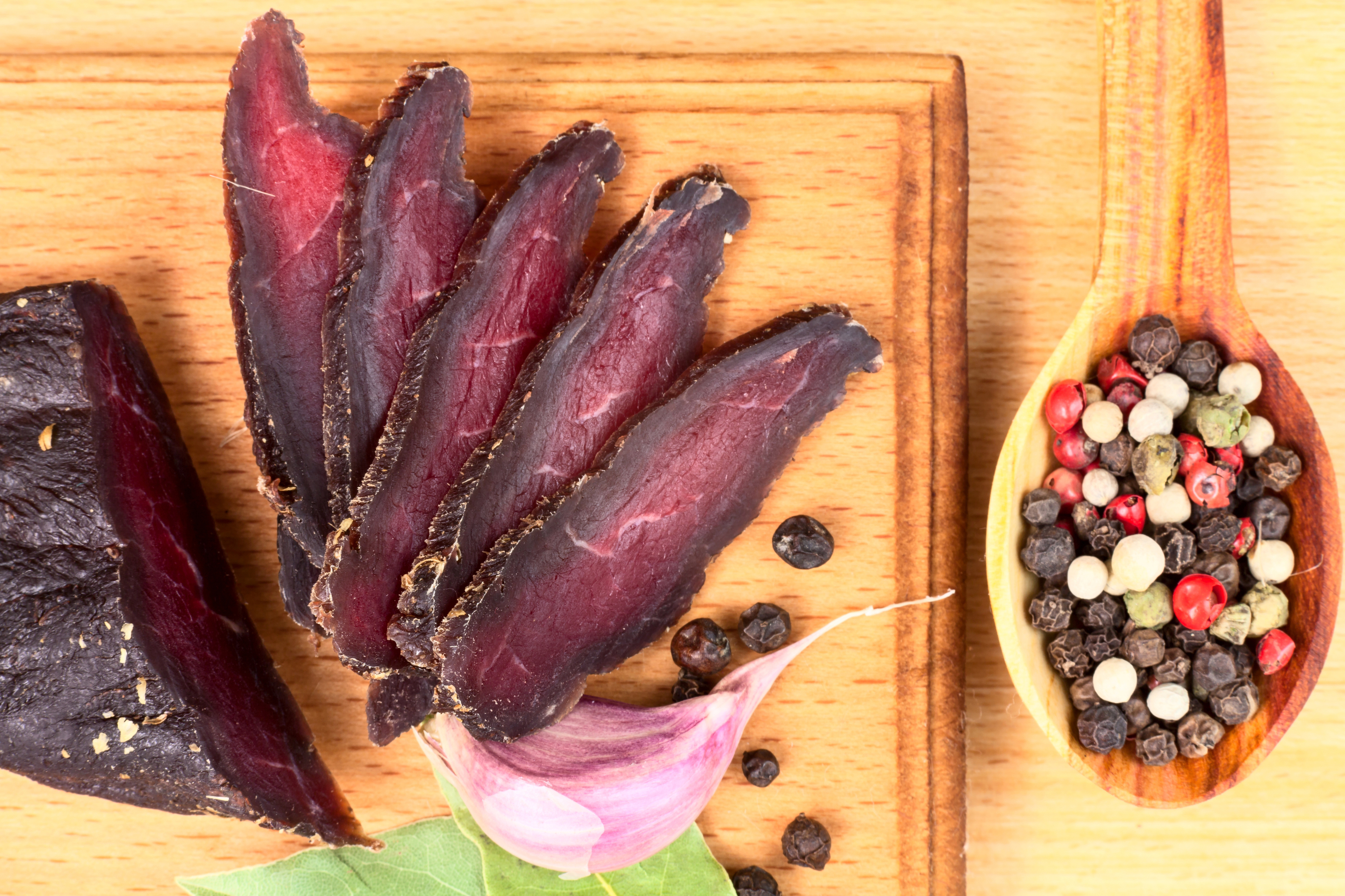 The South African tribes used dry curing method long before fridges were invented. The dish is usually made from beef or game, such as springbok, biltong (a thinly sliced, air-dried meat) and dowers (an air-dried sausage) are traditionally eaten as snacks. The meat is cured in a mixture of vinegar, salt, sugar and spices such as coriander and pepper, then hung to dry. The delicacy is mixed with high protein and low fat content. Nowadays, biltong and dowers producers often add flavourings such as chilli or garlic to the meat and use a variety of meats, such as ostrich and wild boar. Go wild with the dish!

Discover the ‘foodie’ side of you with Boerewors

A traditional South African sausage dish made from beef, mixed with options of pork or lamb topped with spices. Boerewors are traditionally served in a coiled shape, similar to the Cumberland sausage. It is cooked on a braai (barbecue). The word boerewors comes from the Afrikaans and Dutch words boer (farmer) and wors (sausage). Enjoy the steamy dish of the country while hanging your legs up.

Archbishop coined the term many years ago and it describes the country in the best way possible. Black South Africans make up around 80% of the population and belong to a variety of ethnic groups. Due to the country’s colonial past, it has a large number of Afrikaans (descended from Dutch settlers) and English speakers (the British, colonizing the region in the 1800s). Meet the warm and friendly people of South Africa.

Meet the other side of the country: Tribal cultures

There are many different ethnic groups among the black South Africans backed with nine officially-recognized local languages. There are Zulu and Xhosa speakers, two largest groups, accounting for nearly 40% of the population. The various tribal cultures have rich oral traditions. Stories, poems and epics were learnt by heart and recited out loud. Slowly, these stories are working their way into written literature.

Come home to captivating sceneries, come home to South Africa. Taste some of the most intense delicacies and be a part of the multi diversity as long as you stay. Not many countries in the world have the privilege of being a multi-diversity, enjoy your vacation here witnessing some of the most glorious monuments, captivating culture and delicious food.