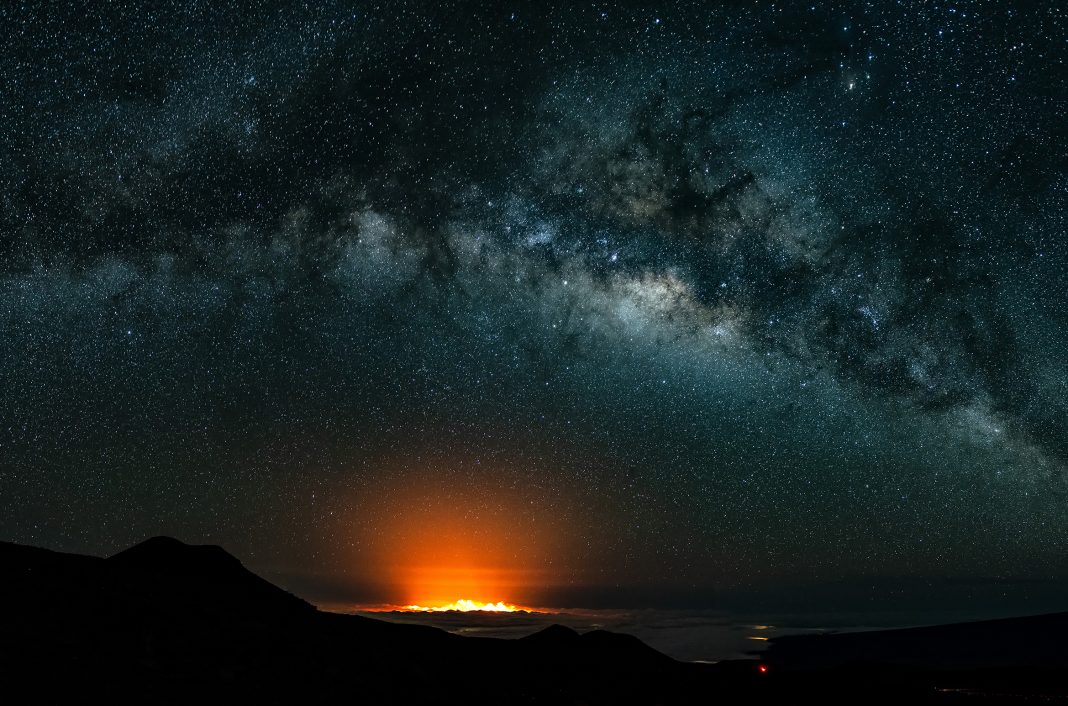 The human race has tried to decode the stars, the sky, and the great beyond since the beginning of time. Some look for their future, while others use the stars to get back home. Most of us look towards the skies in wonder. But clear nights and starry skies have gotten rarer, thanks to increasing amounts of light and air pollution. Stargazing has become a difficult task. However, there are some spots that are unique in their vantage point of a view of the heavens.  UNESCO, in collaboration with the International Astronomical Union, has a list of astronomical heritage sites like the Stone Circles at Odry in Poland, Stonehenge in The United Kingdom, and others.

Also read: 13 spectacular natural phenomena in the sky that you’d be lucky to witness

The Best Places For Stargazing In The World

The national park that is spread over 35,000 acres is famous for its star-studded skies and beautiful rock formations. These canyons have rocks that are irregularly eroded, also called hoodoos, and are a good place to view and take in nature. There are also hiking trails that one can explore between viewpoints and experience the forests. There is also a full moon hike. Since the national park is far away from light pollution, the park rangers and astronomers who volunteer here work towards maintaining it that way. Since it is away from the hustle of the city, the air here is cleaner and drier, making the view better. It is believed that around 7,500 stars can be viewed from here, and on a clear night you can see 2.2 million light-years to the Andromeda Galaxy. Stargazing is a very important part of the national park as it offers around 100 programs revolving around constellations, space exploration, and the birth and death of a star.

Also read: Virtual tours of US National Parks you can take from home

The light pollution here was kept in check right from the early 1980s. But before that, the native residents, the Māori, respected the night sky and protected the area accordingly. They used the night sky and stars for navigation and included astronomy in their traditions, culture, and folklore. Now the Aoraki Mackenzie International Dark Sky Reserve carries on this legacy and protects this astronomical heritage site. The reserve consists of the largest mountain in New Zealand, Mt Aoraki/ Mt Cook National Park and the Mackenzie Basin. The light pollution is strictly controlled in the area. Within the premises of the national park is Mt John Observatory, one of the best astronomical research centres in New Zealand. Since it is situated in the southern hemisphere, you can see specific constellations like the Southern Cross, Sirius and Alpha Centauri. You can also see seasonal ecliptic objects, the Milky Way, and star clusters, using their astro-binoculars and modern 14” and 11” telescopes. There are different tours for stargazing provided by the reserve. Additionally Mt John Observatory and Sir Edmund Hillary Alpine Centre and Planetarium provide a wide variety of stargazing options.

3. Together For The Stars: Rhön Biosphere Reserve, Germany

Situated away from major cities, the dark skies of Rhön hold beautiful sights. It was the ninth reserve to receive the International Dark Sky Association’s Silver-Tier status. In 1991, Rhön Biosphere Reserve was established by UNESCO. Stargazing is possible here because the municipal councils around the reserve have established outdoor light policies that help the people living in and around the reserve to help conserve the night sky. Their collective efforts have helped preserve the reserve and keep light pollution in check. The reserve offers a spectacular view of the Milky Way and the Andromeda galaxy.

The first Dark Sky Reserve in Africa, it is spread across 5,00,000 acres. The reserve was established to conserve the wildlife and ecology of the Nambi Desert. The closest communities around the reserve are at least 60 miles away and this is one of the reasons why the International Dark Sky Association terms this reserve as “one of the darkest yet accessible places on Earth”. There are also sustainable options to stay overnight in the reserve. The reserve is a Gold-Tier dark sky because of the low light pollution and artificial light. The Namib Desert Environmental Educational Trust Centre protects the reserve and offers educational programs for interested people. The local students here have the opportunity to study the skies and spend the nights. Lodges around the park offer stargazing experiences and tours that help you spot different stars and constellations spread across the sky. The Sossusvlei Desert Lodge also has an observatory on the premises with local astronomers that guide you through the galaxy.

5. A Ride Under The Stars: Pic du Midi, France

The reserve comprises the Pyrénées-Mont Perdu landscape, a UNESCO World Heritage site, and a national park. Pic du Midi has been working towards reducing light pollution and half of the Hautes-Pyrénées, a French department, is striving to bring about change in public lighting systems. Situated at an altitude of 2,877 meters, the mountain has an observatory and tourists can get there by taking a cable car. You can book tours and overnight stays that provide different services at the summit like local meals, and stargazing with a guide using telescopes. If you are an astronomer, you can take a look at the 400 mm Smith-Cassegrain telescope in the Charvin Dome. Summer is the best time to visit to view constellations that appear in the night sky and many shooting stars can be viewed too.

The La Palma and Tenerife islands are where three observatories reside. These were set up by the Instituto de Astrofísica de Canaria. The island’s trade winds that sweep through the area constantly prevent huge cloud formations and thereby accommodate clear skies. The laws here control the light, the air traffic, and airwaves to keep pollution in check. This is one of the clearest skies and houses the largest telescope in Europe. Located at 2,396 meters above sea level, the skies here shine brilliantly with stars. You can look at them both during day and night, at the Roque de los Muchachos Observatory with their large reflecting telescope. The meteor shower season starts in March where you can witness many shooting stars, but the best time to view them is during August. Many companies offer deals and packages including stargazing tours and provide you with information about the stars. The mountains around make it a beautiful setting to stargaze in.

7. A Volcano Under The Stars: Mauna Kea, Hawaii, USA

Stargazing is a common activity in Hawaii. The dormant volcano Mauna Kea is the highest peak in Hawaii. Situated on the Big Island, it’s a great location for stargazing. You can visit the summit using your own transport or book an organised tour. Either way, it is recommended you stop at the Onizuka Centre for International Astronomy Visitor Information Station to acclimatise to the higher elevation. The station also offers free stargazing programmes. The local astronomers set up telescopes in the night and let visitors use them as they oversee. You can continue to the summit from here or book a tour with guides. Be aware of the surroundings and try to choose sustainable yet affordable options that respect nature and local traditions. There are around 12 telescopes at the Mauna Kea summit including Gemini North Telescope, Caltech Submillimeter Observatory, Infrared Telescope Facility, and others.

One of the clearest skies on Earth, the Atacama Desert is dry and unpolluted. Astro-tourism is  at its peak here. Many premier observatories have also sprung up in the desert. The largest astronomical project in the world, the ALMA observatory opened here in 2016. This observatory studies the formation of stars and planets. Top scientists in the world use satellites to track the ongoings of the universe. You can book packages to view the star spread sky in neighbouring San Pedro. The desert’s 5,000 meters elevation and the sparse cloud cover make it an ideal place for stargazing. You can view a nebula, a cluster, a star, or a galaxy at the Atacama.

The Call From The Skies

As we spend our days and nights in the city, we long to go to the countryside with clearer skies. The contrast between the skies shows us just how much pollution we live with on a daily basis.  The fact that the dark skies are identified and protected also shows the amount of support nature needs from us. While we still have some beautiful sights to enjoy, we also need to be careful about our consumption and usage behaviour. Let us listen to what the planet is trying to tell us. To relax under a starlit sky has become a luxury; let us try and bring it back to being a normal thing together.