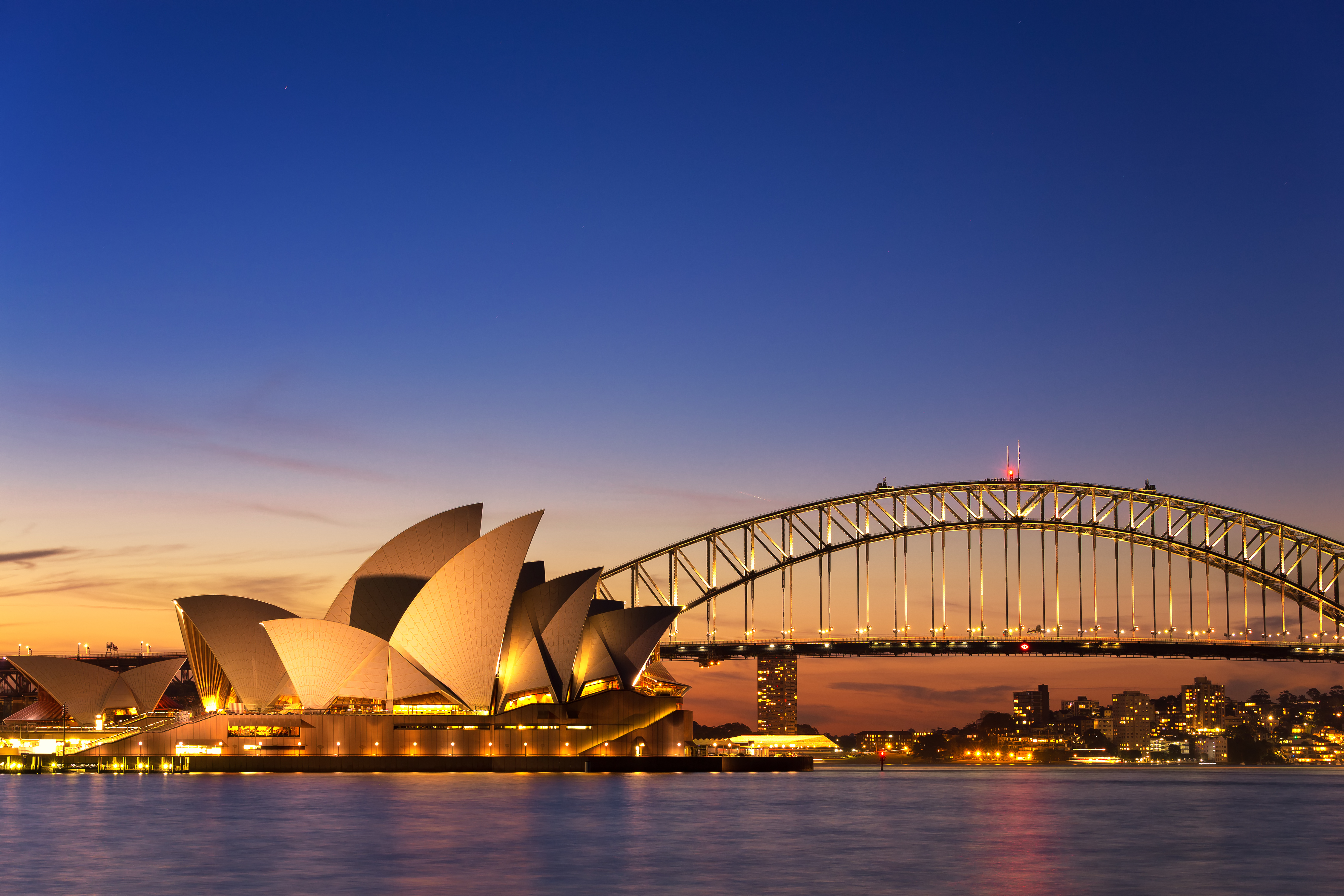 In the midst of a world so flashy,

I take a step back.

A back step that leads to a dream,

The dreams into which my eyelids close; my mind snores.

Is it one in a seventh wonder or is it a dinosaur’s neck?

A zone that shares twin worldly titles in pride,

The continent to crave; the country to amaze. And then again…

Dreams into which my eyelids stay closed. My mind awakens.

Far along the Southern-east region of the world, lies Australia’s busiest and most loved city, Sydney. A place blessed with natural showers in public gardens, harbour islands, and unspoilt foreshores, which remains many travellers’ sensation.

The city is known for its transport system and tailor-made tours. Tour it like there is no tomorrow! Barring the natural spectacles like Sydney Harbour, the Royal National Park, and the Royal Botanic Garden, the city houses several man-made attractions like Sydney Tower, the Sydney Harbour Bridge, and the iconic Sydney Opera House. A fascinating city awaits you. It is amongst the top 15 most visited places in the world attracting tourists from across the globe.

Chitter-chatter with the animals at Sydney’s Taronga Zoo

Bring out the animalistic side in you! Witness Taronga Zoo’s incredible waterside spot. The zoo houses 29000 exotic specifies which includes, gorillas, tigers, leopards, chimpanzees, giraffes, kangaroos and koalas. Circular Quay provides for a short ride to the destination. Roar & Snore package lets you to camp overnight at the zoo. Exciting? Don’t wait. Savour the experience first-hand.

Take a walk around Circular Quay and you will notice why the Sydney Opera House continues to dazzle. The world’s wonder houses one of the city’s busiest music, arts and dance performances. Tour the backstage to find out more. The valuable information carved in various languages including Japanese, Mandarin and French.

A bridge that fills the gap between civil differences. Nicknamed “the coathanger,” the Sydney Harbour Bridge is an engineering feat to watch. It came alive in the year 1932. Visitors are free to walk or cycle across this mass structure that spans Sydney Harbour. A more convenient idea. Book one of the many ‘BridgeClimb’ expeditions which will take you high into the superstructure. This doesn’t require you to be hone any diving or climbing skills. To flavour up the options, we have twilight and dawn climbs waiting for us. Let’s go!

Mark the trails of Sydney’s boisterous Bondi to Coogee

Beaches surround the Beautiful Bondi; Tamarama, Bronte and Coogee make up each side of the town. Confused about what to do in the city? You can participate in the walk from Bondi to Coogee, which links all the oceans and showcases Sydney’s finest oceanic views. The road hosts a plethora of cafés en route, interesting landmarks backed with a few great swimming spots.

Clean up the day with fine dining at Quay accompanied by stunning views of Sydney Harbour – regarded as one of the best restaurants in the world. The Winner of Australian Restaurant of the Year features Japanese-inspired contemporary food and wine. When you get this far, don’t go back without witnessing Rockpool, a fine-dining gem that blends sophisticated classics with Asian flavours. With more fine dining options, we picked the top two choices for you.

Out of the Seven Wonders of the World, this one is a class apart far-recognizing rooftop and a place where art and music remain infectious. You are all set to pedal on the travel path. Let’s begin again from South East, let’s start a story.