Famous because of the great Mount Kinabalu in the city, it takes its name as well because of this mountain. A literal melting pot of different cultures, KK is home to so many different groups of people who hail from diverse backgrounds.

Strangely enough, the majority of the population in KK are non-Malaysian! It is home to Chinese, Bajau, Kadazan-Dusun, Bumiputeras, Bruneian Malays, Murut, and Indian. Bajau or Samaare also sometimes referred to as sea gypsies. With their roots in Southern Philippines, they use wooden sailboats and used to live in houses built on stilts near the sea. Kadazan-Dusun is a collective name for two ethnic groups. Mostly Christian, there are a few who practice Islam. Bumiputeras are the indigenous people of Malaysia – literally translated it means “son of the soil”. Bruneian Malays are those that filtered in from neighbouring Brunei. With numerous subgroups, the Murut (Head hunters) is the largest indigenous group in Sabah. They speak 15 languages and have 21 dialects and live in the interior parts of Sabah. In days of yore, Murut men had to present at least one head to the father of the bride in order to get married. Yes, a human head! No longer practiced though, it was a tradition in days gone by. Nowadays all they have to do is present jars, cloth, beads, gold and ivory bracelets in order to get a bride. Tame but so much more decent and less murderous! 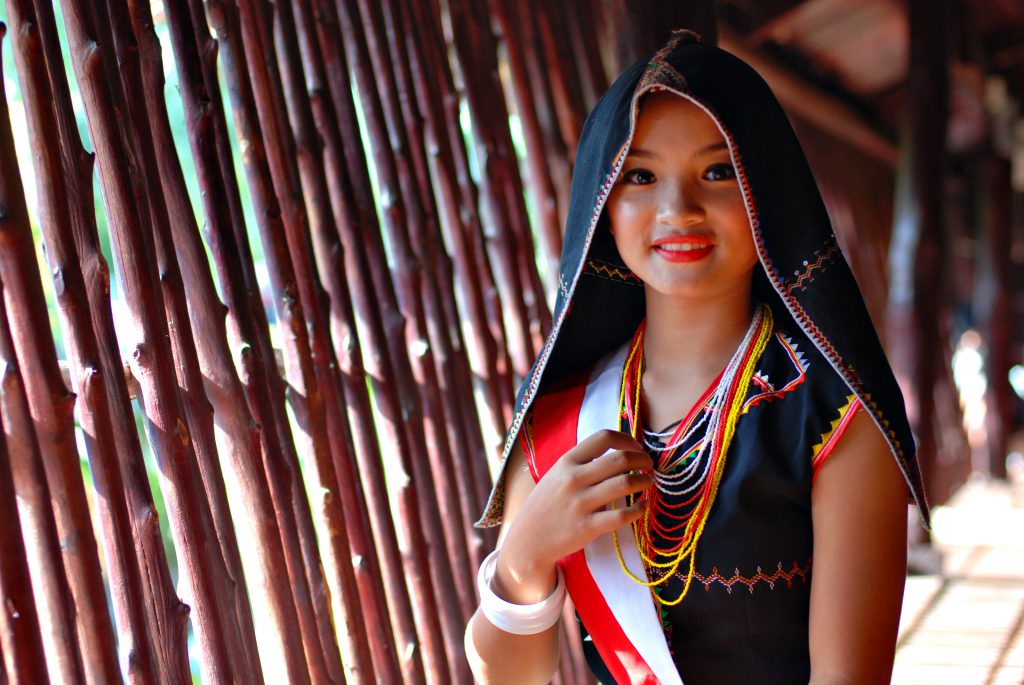 The Filipinos who live here mostly migrated in the 15th century. Most of them came in the 1970’s when there was political and economic uncertainty in the Philippines. Whilst most are now naturalised Malaysian citizens there are still apparently many illegal immigrants. Sabah also has many immigrants from Indonesia. So KK is literally a melting pot of so many different cultures and ethnic groups. Throw in a few Indians, Pakistanis and Eurasians and you have a very mixed population. With intermarriage and blending of various forms of cooking, what you have is something very unusual! Kadazan and Chinese intermarriages are very common and their offspring are called Sinos.

Because of this huge mix of people, the languages spoken here are many. Mostly Malay but you also get various dialects of Mandarin and Cantonese. English is universal and most of them speak it very fluently. Kadazan is considered a dying language and currently, efforts are on to revive it. If you can’t fit in, please just try sign language – it works every time! 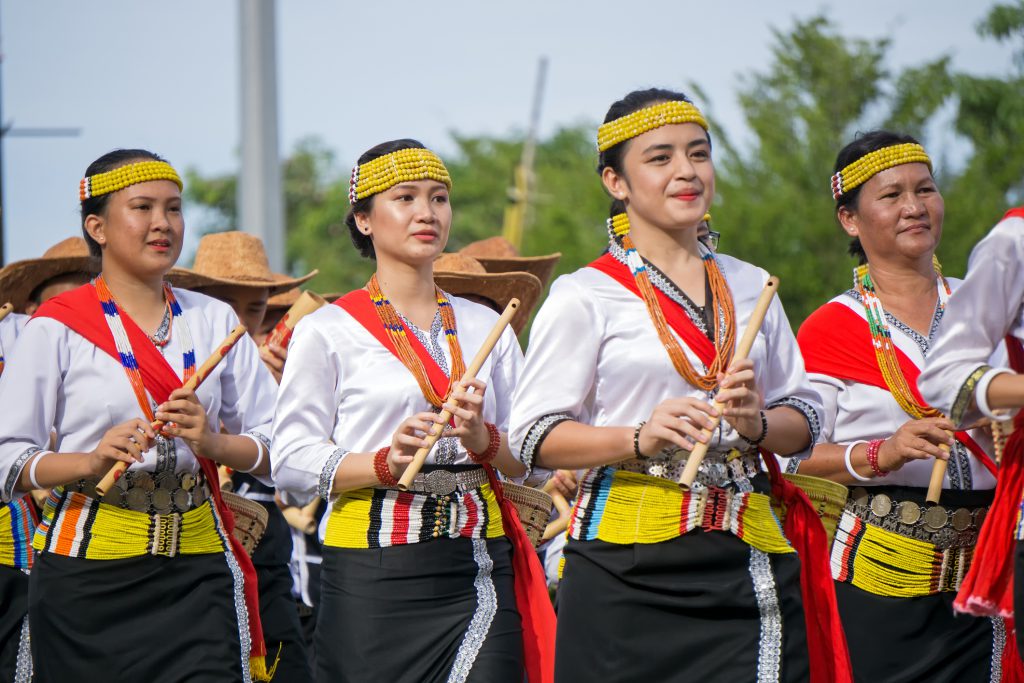 With the various groups who live here, it is only natural that cooking has been experimented with and new cuisines evolved. One such cuisine is Nyonya (which I love). It comes from the Peranakans who are descendants of Chinese migrants who settled won in Penang, Singapore, Malacca, and Indonesia. They intermarried with local Malays and combined dishes and recipes. Nyonya literally means “aunty”. It now, of course, refers to the combined blend of cooking Chinese spices with Malay dishes. Key ingredients include ginger, laksa leaf, Galangal, Kafir lime, Coconut milk, shallots, and rice. Regional variants of Nyonya cooking exist depending on where they live.

Sabahan cuisine has a lot of rice and fish in it.  Noodles are popular as are fermented meats. Chicken curry with coconut milk, Wild boar, chicken, pork, beef and fish are eaten by the Sabahans. Of course, if you tire of fish and meat and rice, you can always step into a Burger King or KFC and eat a tried tested burger!

All religions have a place here – Christians, Muslims, Buddhists, Hindus, Sikhs, Animists, Taoist – they live in harmony and peace. A true melting pot of various cultures, Sabah is a wonderful place to live in because you just feel so welcome here!