Where is the Middle East? So for those of you, who are a little weak in geography, let’s just clear this out first: it’s the transcontinental region from the southern and eastern shores of the Mediterranean Sea, extending from Morocco to the Arabian Peninsula and Iran (and sometimes beyond). The countries this region covers are Bahrain, Cyprus, Egypt, Iran, Iraq, Israel, Jordan, Kuwait, Lebanon, Oman, Palestine, Qatar, Saudi Arabia, Syria, Turkey, The United Arab Emirates, and Yemen.

While we are well aware of all the popular diving destinations such as Maldives or Spain (sometimes overly aware, leading to over-tourism), no one really thinks that deserts can be also one of them. You will be surprised that Middle-east which is often associated with the desert, due to its hot, arid climate, with several major rivers providing irrigation to support agriculture in limited areas, is actually home to a dazzling bounty of underwater attractions. Yes yes, all of us are used to the images of sandy deserts conjured by this region, but it will also offer you some of the most stunning dives you’ll ever experience. So strap on a dive tank and explore all the Middle- Eastern scuba spots.

Oman is a small country located between Yemen and the United Arab Emirates. It
is a place known for its hospitality and its rich culture. But along with fascinating landmarks and its idyllic beaches, Oman also offers warm waters, dramatic coastlines and an incredible spectrum of macro life.

Don’t miss the protected Daymaniyat Islands, which is a string of nine islands stretching for some 20km located just a little north of Muscat. Surrounded by coral reefs in superb condition and with visibility of up to 30m, this protected marine reserve is swarming with colourful reef fish. Choose from around 25 dive sites here, and explore, the idyllic Garden of Eden (keep an eye out for leopard sharks), Turtle City (you may see five of the seven sea turtle species) and The Aquarium, where the waters are thick with schools of fish. Keep in mind that to dive here, you need a permit and boats don’t land on the islands at all during the nesting season.

If you are an experienced diver, move further south, to Dhofar and dive at Hallaniyat Islands to have a look at a relatively untouched marine world. You’ll find wrecks, large pods of dolphins, sea turtles, manta rays and the usual abundant fish life. If you are lucky, you may even find yourself sharing the waters with an Arabian humpback whale. Other excellent sites to try in Oman are Fahal Island or Bandra Kayran.

Officially known as Kingdom of Saudi Arabia or KSA, Saudi Arabia is a Middle Eastern country that occupies most of the Arabian Peninsula and has coastlines on the Persian Gulf and the Red Sea. Having the longest coastline on the Red Sea (over 79 per cent of the seas eastern shoreline), it offers a wealth of diving possibilities. The main diving areas include Jeddah and Yanbu which is 300 km north of Jeddah. Visit the Boiler Wreck off Jeddah for its huge fan corals, sharks, manta rays and large carnivorous fishes like bonito, bluefin jacks and kingfish may pass along the wall.

Visit the Seven Sisters, a hammerhead shark habitat off Yanbu. Best way to see it is on a liveaboard setting out on a number of dives with the chance to swim with hammerheads, see two- to three-metre gorgonian corals and beds of anemones. 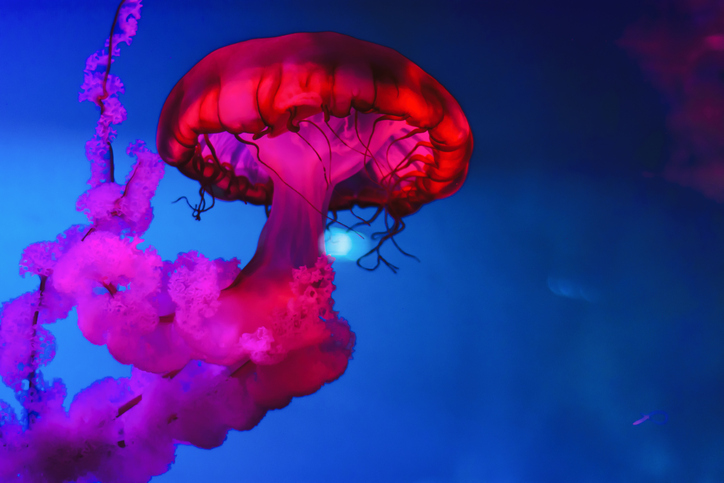 While the United Arab Emirates has grown into a show-stopping headline-grabbing destination, not everyone associates it to be one of the up and coming unique Middle Eastern dive adventure destinations. With virtually untouched reefs and a variety of dive sites from shallow to the very-deep, the UAE gives you countless diving opportunities, each with a thriving ecosystem of creatures and corals.

A great spot for technical divers, the wreck of Energy Determination should not be missed. It is a deep dive site sitting 80m below the surface, about 64km offshore from Ras Al Khaimah. Sunk after a devastating onboard fire, the Liberian super-tanker split in two and now is home to soft corals and lime-green whip corals, large fish and even the occasional ray or whale shark.

The country’s east coast stretching along the Gulf of Oman offers better visibility and more diverse sea life than the west coast. Hit these sites here: Martini Rock, Pinnacles, and the Wreck of Inchcape and you’ll be rewarded with green and purple whip coral, sleeping turtles and feeding rays. You can even head to Dibba Rock for almost guaranteed sightings of turtles and blacktip reef sharks.

Also Read: Things to do in Dubai -The city that never settles for average

Turkey is a country rich in culture and history. The country has everything from abandoned monasteries and ancient cities to diverse landscapes. Its vast array of historical wonders, palaces, natural sites, and delicious food provide lots of places you must visit in Turkey.

Other than its history and culture, this country also offers azure, clear waters with a varied treasure chest of ancient underwater cities, hundreds-year-old wrecks and colourful marine life. Due to the warm weather in Turkey, scuba diving is possible all year round. With its great variety of fish species, coral reefs, wrecks and all other underwater beauties, it has also become one of the most sought after diving destinations in the world.

While the most popular scuba diving sites are located in the Mediterranean side of Turkey, there are also some up and coming diving sites in the Aegean side. Try diving in Antalya,  Bodrum, Kas, Gokova and Gallipoli. Enjoy several interesting wrecks, caves and a wealth of archaeological finds. There is also a variety of sea life such as Barracuda, Seabream and Octopus.

Home of the great pyramids and a history stretching back over 7000 years, it’s no surprise that Egypt is such a popular destination. Besides the majestic Pharaonic attractions of Giza or Luxor, Egypt is home to other unique cultures, traditions, food, and exciting activities. And one of these activities is diving which you can enjoy without worrying about crowds.

These are the best scuba diving sites in Egypt which you need to check out: Samadai Reef, known as the “Dolphin House”, it is located off Marsa Alam in south-eastern Egypt. Here you’ll have the chance to dive with large pods of spinner dolphins, and occasionally bottlenose species. In Abu Dabbab, head to the coral garden to see endangered dugongs. Dahab, known for its Blue Hole, is a bohemian dive town located 100km north of El-Sheikh. Spot oceanic whitetip and hammerhead sharks at the launch point for trips to Elphinstone Reef (found off the mainland resort of Marsa Alam).

Situated in Western Asia on the East coast of Jordan River, Jordan shares its borders with Saudi Arabia, Iraq, Syria, and Israel. A nation rich with history and culture, it offers you a chance to visit ancient cities, admire magnificent granite cliffs, see secluded deserts and even float in the Dead Sea. However, this is not all it has to offer. With its 27 kilometres of Red Sea coastline, Jordan offers excellent un-crowded dive sites with something to discover for every diver, regardless of their level.

Visit Aqaba, a resort city located almost 330 km south of Amman for its fringing coral reefs and vibrant schools of smaller fish. While all of Aqaba’s dive sites are accessible from its 25km-long shoreline, you can head to Seven Sisters which boasts eye-catching coral formations, a sunken American army tank (Cedar Pride, deliberately sunk in 1986 to create a dive site) and is home to unique sea life. Its marine life ranges from pipefish, lionfish and morays to psychedelic nudibranchs. Due to warm waters and great visibility, the port city of Aqaba is known to be a mecca for divers in Jordan.

So, check out these pristine diving sites and let us know which ones from the Middle East are your favourites in the comments below!