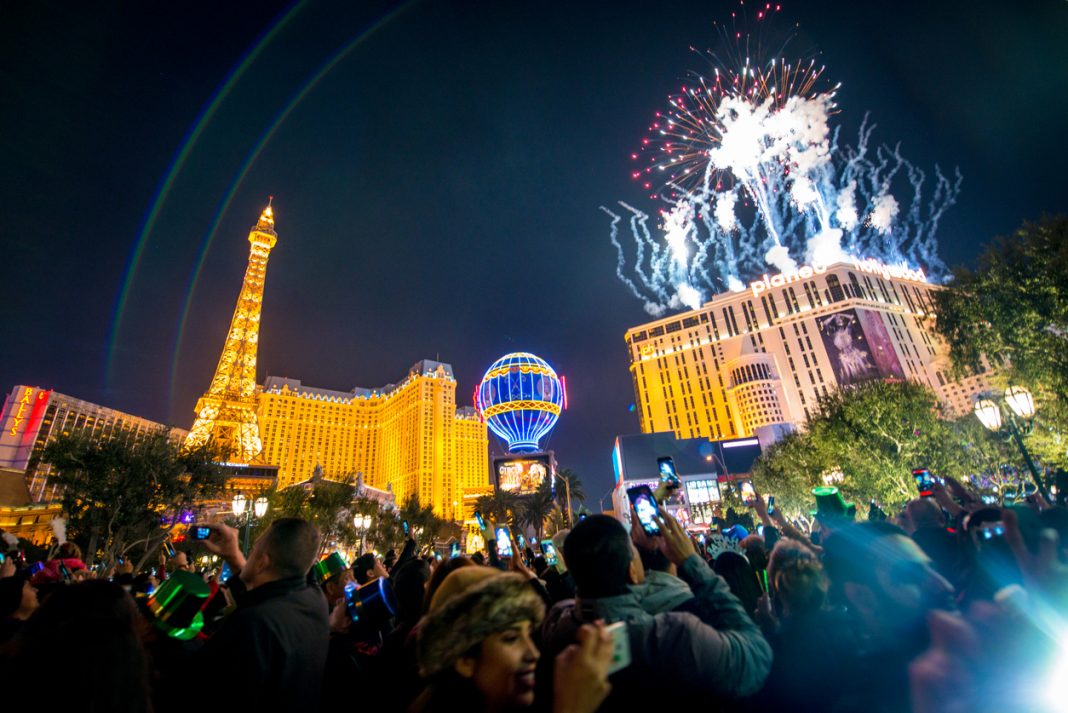 Different cultures and different countries celebrate festivals in their own unique ways. And its the same is with celebrating the New Year. While some believe in smashing some crockery, others believe in fortune-telling underwear (no, I’m not kidding). So with New Year fast approaching, here are 12 of the the weirdest and unusual New Year’s Eve traditions from around the world:

In Spain, one New Year’s tradition is to eat 12 grapes, one for every strike of the clock until midnight, to ensure prosperity. If you can finish them in time, you’ll have good luck all through the coming year. The flavour of the grapes -whether sweet or sour – also predicts what the year will bring. The tradition of the las doce uvas de la suerte (the 12 lucky grapes) is said to have originated in 1909 when a Spanish region has an exceptionally good grape harvest.

A Danish tradition sees people smashing plates and crockery against the doors of their neighbours to bring them good luck for the year ahead. All year round unused plates are saved and on the 31st December, they are all hurled at the front doors of friends and family. It’s believed that the bigger the pile of broken china, the more friends and good luck you’ll have in the coming year. Danes also have a traditional New Year’s Eve meal of boiled cod with mustard followed by marzipan doughnuts called kransekage.

In Ecuador, people build scarecrow-like effigies (called año viejo) of politicians, pop stars, or other notable figures; old clothes are stuffed with newspaper or sawdust and a mask is fitted on top. And as a symbolic cleansing, these effigies are set on fire at midnight on New Year’s Eve. This Ecuadorian tradition is said to banish any ill-fortune that happened in the past year.

In Latin American countries (or South American countries) like Mexico, Bolivia, and Brazil, your fortune for the year ahead is determined by the colour of your underpants. Yes, the tradition holds that red will bring love while yellow, will bring wealth. If you are looking for peace and harmony then, we’d suggest white would do the trick. So, all the colours are basically chosen according to what the person desires from the coming year.

Single women in Ireland sometimes place mistletoe (a berry associated with fertility in European mythology) under their pillows. They then burn it in a fire the next day in the hope of luring in love over the year. Another tradition involves banging bread against the walls and doors to chase away bad luck and evil spirits.

Japanese New Year or Oshogatsu is welcomed with at midnight with 108 bells in Buddhist Temples (all over Japan) to dispel the 108 evil passions all human beings have. Japanese believe that this ringing of the bells will cleanse them from their sins of the previous year. Usually, the tradition is to ring the bell 107 times on the last day of the year, while the 108th time the bell is rung in the New Year.

In the Philippines, New Year is all about MONEY. Hoping to bring prosperity and wealth for the year ahead, the Filipinos believe in surrounding themselves with round things (to represent coins and wealth). Therefore, they consume grapes; keep coins (they are kept in the pockets and constantly jangled), wear clothes with polka dots, among other things. All this to keep the money flowing.

Also Read: Ladies! Jazz Up Your NYE With These Easy NYE Outfit Ideas!

8Tossing Furniture Out Of The Window – Italy

In parts of Italy such as Naples the motto is “Out with the old”, where on New Year’s Eve,  it is traditional to throw old, unwanted furniture out of balconies to symbolise a fresh start for the year ahead. Although to prevent injuries, most locals just stick to small and soft objects for their throwing tradition but still, it’s a good idea to watch out while strolling the streets of Naples on New Year’s Eve. Oddly enough, this custom is also practised in Johannesburg, South Africa.

One of the oldest Scottish traditions, the ‘first foot’ is also known as quaaltagh or qualtagh, and dictates that the first person to cross the threshold after midnight on New Year’s Eve should come bearing gifts. These gifts can be coins, coal, bread, salt, and a “wee dram” of whiskey, to bring the best luck for the house. Traditionally a tall dark-haired male is picked to be the first footer, while big blonde strangers commonly armed with axes and swords at the door meant trouble.

People in Germany enjoy a traditional meal of Silvesterkarpfen (or ‘New Year’s Carp’) on New Year’s Eve. It’s also considered lucky to keep a scale from the carp in your wallet throughout the year to bring wealth and luck. However, removing the scale is seen as removing the luck.

So, which of these weird New Year’s Eve traditions strikes your fancy? Let us know in the comments below!