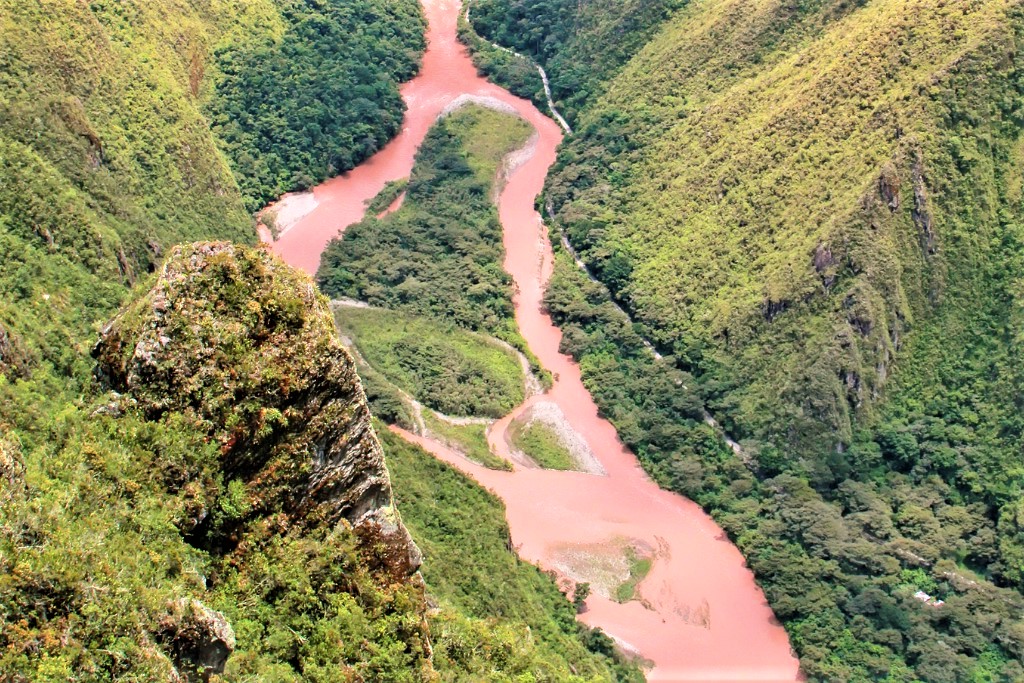 So, we know that water is naturally a transparent, tasteless, odourless, and nearly colourless liquid. Well, what if we tell you that in Cusco, Peru there is a river that completely defies this basic description of water? It runs RED. Not trying to be creepy, here. It is true. The Red River is a work of art by Mother Nature and has cherry or brick red coloured water.

The Origin of the Red River

Locally known as Pukamayu (In Quechua, “puka” menas red, and “mayu” means river) or Antachaka (Quechua “anta” is copper, while “chaka” is bridge), this is a river that lies in the Canchis Province of the Cusco region which is about 3 hours south-east of the city of Cusco. Originating from Palcoyo Rainbow Mountain valley, it belongs to the watershed of the Huallaga River. The Palcoyo Rainbow Mountain valley along with the renowned Vinicunca Rainbow Mountain makes up a part of Cordillera Vilcanota mountain range. This chain is itself a part of the magnanimous Andes mountain range appearing to be the spine of South America., forming the longest continental mountain range in the world.

This peculiar river runs red for about 5 kilometres before merging with some other streams and small rivers, at which point the colour gets more diluted and loses its unique hue.

The Secret behind the ‘Red’ Colour

Cusco’s Red River is formed due to the soil erosion from different mineral deposits present in the vibrant layers of the Palcoyo Rainbow Mountain. The ‘Red’ colour is we see is the because of the presence of red sandstone full of iron oxide. This mineral-rich sedimentary rock gets washed off the hillsides when it rains and turns the water a distinct red or pink hue (the exact tone depends on the volume of rainfall). Now since the colour is visible by erosion (which is caused by rain run-off), this so-called red or pink river can only be visible during Peru’s rainy season months. During the rest of the year, the river’s water level is much lower than during monsoon and its colour is, therefore, kind of muddy-brown.

During the rainy season in the Peruvian Highlands, you will get to see how the cherry red waters of Palcoyo’s Red River cut across the emerald green hills and serene farmland, providing a stark contrast against the surrounding pastoral scenery. Surreal, right? 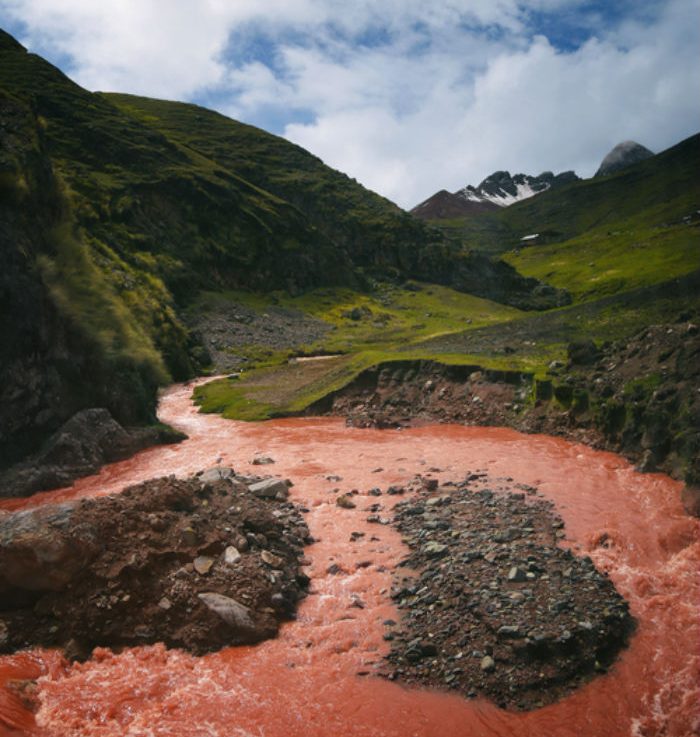 How and When to Visit

Usually, the tourists take a brief stop en-route tour the nearby Palcoyo Rainbow Mountain to see the red river. While taking this trip to Cusco’s countryside, you can also check out the fascinating Q’eswachaka Inca rope bridge, the classic Vinicunca Rainbow Mountain and the majestic ruins of Waqrapukara.

As we know, Cusco’s Red River is a seasonal water body; hence it is best to visit it during the monsoon season i.e. from May to November. Plan the trip around this time when the water level is still high and there is no hindrance in carrying out the journey due to logistical issues.

Be Prepared for the Altitude

As Palcoyo is situated at a high altitude, you should carry warm clothes for the cold weather. Although the trail through Palcoyo is not as difficult as the one which leads to Vinicunca, it can get muddy (during the monsoon season); so it will be a better idea to carry a pair of hiking boots as well. Last but not least, if you are susceptible to altitude sickness, be sure to carry some coca leaves or pills to help you deal with the symptoms.

Plan your trip to the Peruvian highlands during the rainy season and visit this unique wonder that’ll give you a dreamlike experience.