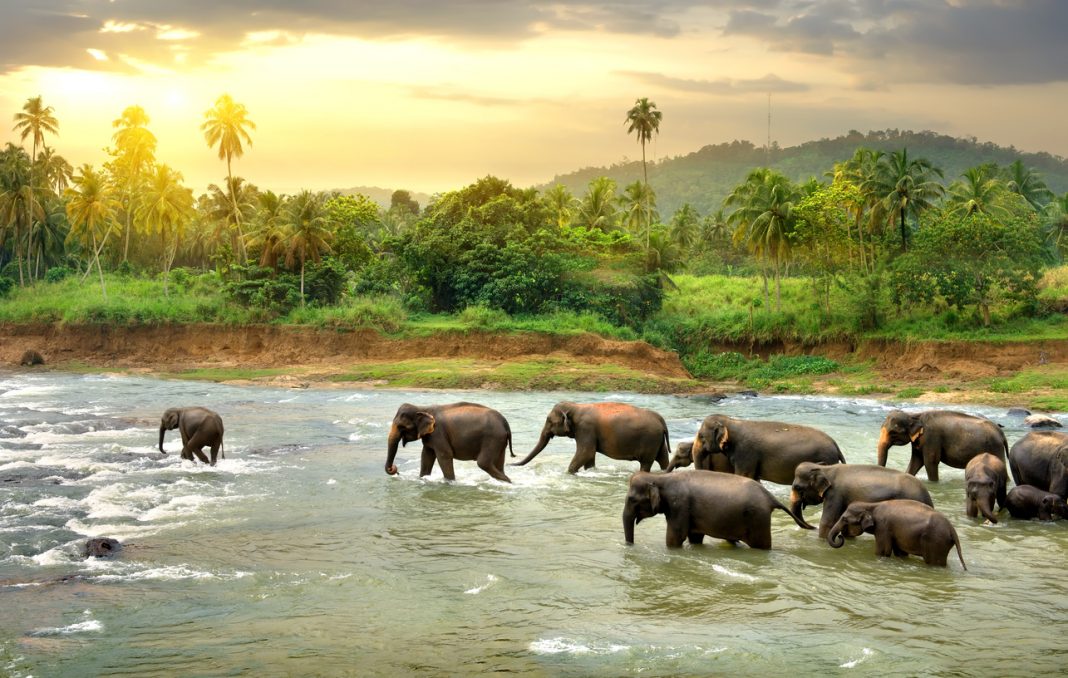 There are lots of places in the world where you get the opportunity to observe iconic animals in their natural surroundings. If you’ve dreamt of a going on a vacation where you can watch lions, tigers, elephants, giraffes, or gorillas, check out these destinations for animal lovers.

Always remember to interact with local wildlife in a way that ensures their protection, and conservation.

Flamingo Island in Aruba is filled with wild animals, including many iguanas, but its main draw is the skinny-legged pink flamingos that inhabit it.

Australia is full of animals that are both wonderful and weird. While it is perhaps best known for the kangaroo, when you’re in one of the many national parks look out for everything from crocodiles to lizards, koalas, wallaroos, and wallabies.

Botswana is a haven for wildlife conservation, and home to the African big five: elephant, lion, rhino, leopard, and buffalo, along with a plethora of other magnificent mammals, birds, and reptiles in the Okavango Delta. It has been called one of the best destinations for an African Safari.

Brazil’s Pantanal is the world’s biggest floodplain and has an astonishing variety of wildlife. However, its most famous resident is the jaguar, or “El Tigre”.

Canada’s Hudson Bay (near Churchill, Manitoba) is often called the “polar bear capital of the world”. Hundreds of bears gather here each autumn as they wait for the ice to refreeze on the sea.

Scientists at Chengdu in the Sichuan Province of China have been working for years to conserve the endangered panda population. Here you can help with their conservation efforts. During late summer and early autumn, you can even see newborn pandas!

Spread over 1,000 acres of rainforest, the Osa Peninsula one of Central America’s best locations for birder watchers. Macaws and toucans abound, along with various species of monkeys.

8. The Democratic Republic of the Congo (Mountain Gorilla)

The gentle mountain gorillas are one of the closest relatives of humans, sharing 98% of our DNA. These gigantic creatures can be found in the Virunga mountains that stretch across Rwanda, Uganda, and the Congo.

The isolated Galapagos Islands off the coast of Ecuador are famous for inspiring Charles Darwin. they are teeming with fascinating species such as blue-footed boobies, albatross, iguanas, hammerhead sharks, finches, and the famous giant tortoise.

The striking Icelandic landscape is home to many natural wonders and many wildlife-viewing opportunities. Puffins, minks, and the humpbacked whales can all be seen along the southern Iceland coast near Vik and Skjálfandi Bay.

Bengal tigers prowl the jungles of India, though their numbers are sadly scarce.  Ranthambore in Rajasthan, Corbett National Park, and Madhya Pradesh offers the best sightings of tigers, amidst countless other species of animals.

The world largest lizard, the Komodo Dragon, can weigh up to 70 kilograms, making it truly fearsome. It is found on only five islands – Flores, Gili Montag, Komodo, Padar, and Rinca.

Japanese Macaque Monkeys (Snow Monkeys) are known for enjoying dips in the country’s many natural hot springs. They can be found in Jigokudani Monkey Park.

Kenya’s famous Masai Mara National Reserve is considered to be one of the best destinations for animal lovers. Like the neighboring Serengeti National Park in Tanzania, it is home to herds of wildebeest, rhinos, and giraffes, along with one of Africa’s highest concentrations of lions.

The tropical rainforests of Borneo contain the fast disappearing population of orangutans. Its name literally translated to “the old man of the forest,” and it’s easy to understand why when you look at these gentle primates.

Much like the fictional Paddington Bear who hailed from “deepest, darkest Peru,” the Peruvian oso andino (Andean bear) come from the sloped of the Andes. It is also called the spectacle bear due to the markings around its eyes.

Though perhaps better known for its populations of lions, zebras, or rhinos, South Africa is also home to the aardvark. This nocturnal anteater is, however, quite elusive.

The Sri Lankan Leopard is found throughout the island, though mostly in Yala National Park. It is also home to the equally famous Sri Lankan Sloth Bear and large herds of elephants.

The vast open savannah of Tanzania’s Serengeti National Park is often called one of the best places to see big cats. However, the park is also known for the wildebeest migration that takes place between July and October.

Elephants are Thailand‘s national animal and can be seen in various sanctuaries. The most well known is perhaps Elephant Nature Park in Chiang Mai where you can watch these majestic, gentle, beasts go about their day.

America is home to tons of extraordinary species. However, don’t miss the geyser filled Yellowstone National Park with its bison, wolves, and grizzly bears, or the Assateague Island National Seashore. Wild horses have roamed this island since the 1600s.

The capybara is the largest rodent in the world and can be seen in the vast seasonally flooded Los Llanos of Venezuela. It is also home to the giant anteater, pumas, anacondas, and lots of birdlife.