More
Home Topics of Interest Bucket List Visit these 11 Beautiful Churches From Around the Globe! 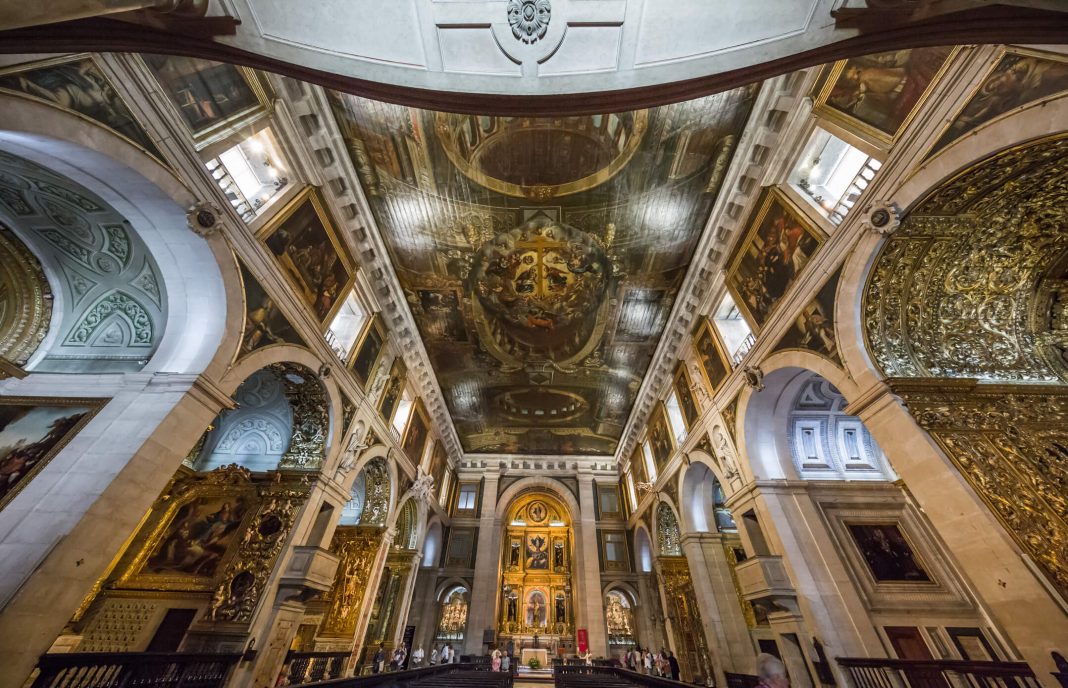 Along with being symbols of religious dedication and holiness, Churches have been magnificent with the combination of audacious engineering, ingenious architecture and dedicated craftsmanship. Here is a list of some of the most beautiful churches from all around the world which prove that faith (and a lot of artistic genius) goes a long way: 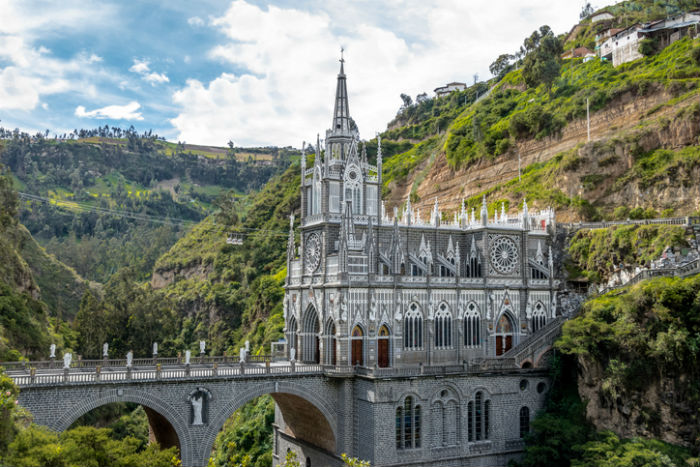 One of the most outstanding architectural monuments in the world, Las Lajas Sanctuary  Roman Catholic basilica located in the southern Colombian Department of Nariño, in the municipality of Ipiales. Located less than seven miles from the Ecuadorian border, this Gothic Style Church is built inside a canyon of the Guáitara River. Also known as Las Lajas Cathedral, it is at 100 meters high from the bottom of the canyon, being connected with a 50 meters tall bridge to the other side of the ravine. 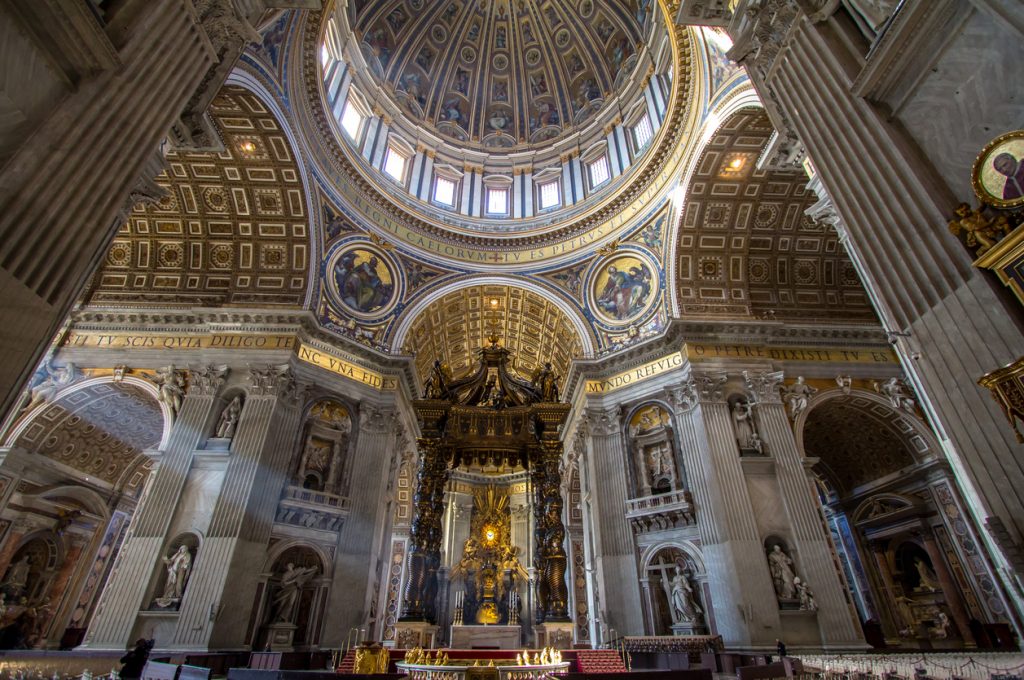 The mother of the world’s churches, St. Peter’s Basilica is a pilgrimage site for Catholics. The non-Catholics are welcome too. You are sure to enter the church with your mouth wide open at the marvel of the structure. Its majestic stance will sweep you off your feet. The original site dates back to 349 A.D. when Constantine had a basilica built over the tomb of St. Peter, the first pope. Here again, take the local guide’s assistance for deeper insights into the spot.

The Church of Nativity, Bethlehem 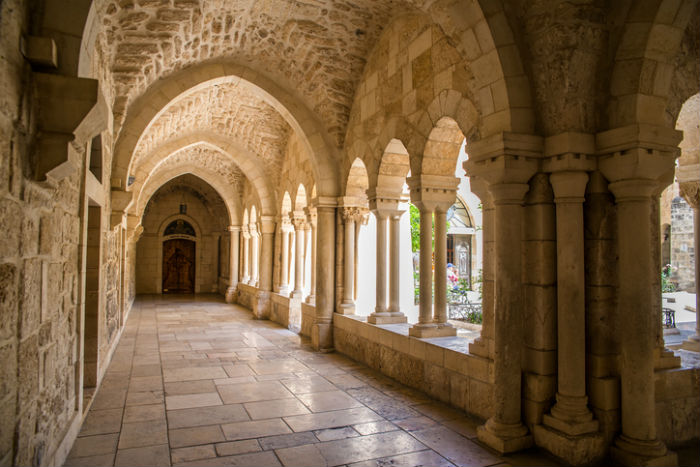 Situated in Bethlehem, in the Palestinian West Bank, this Basilica is the oldest complete church in the Christian world, was built by the emperor Justinian in the 6th century. It was originally commissioned in 327 AD by Constantine, built over the cave venerated as Christ’s birthplace. Considered as one of Christianity’s holiest sites has outlasted war, rebellion, and renovations over the centuries; and is a UNESCO World Heritage Site today. 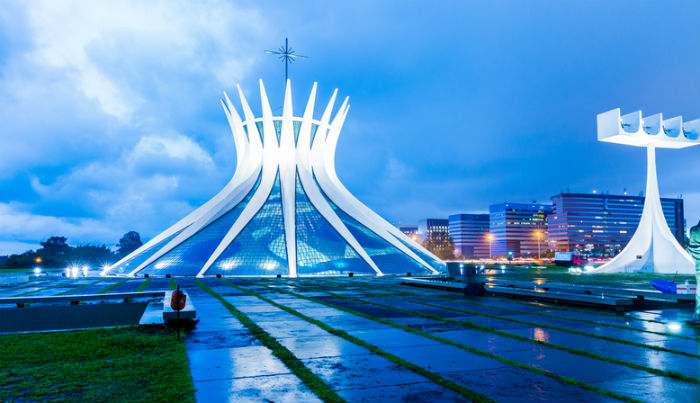 You shouldn’t miss the Cathedral of Brasília or Cathedral Metropolitana with its 16 parabolic concrete columns reaching for the sky as you sit below ground surrounded by soaring stained-glass windows opening to the heavens. It was designed by architect Oscar Niemeyer and it was constructed from 16 concrete columns, weighing 90 tons each. This crown-like hyperboloid structure was completed in 1960. 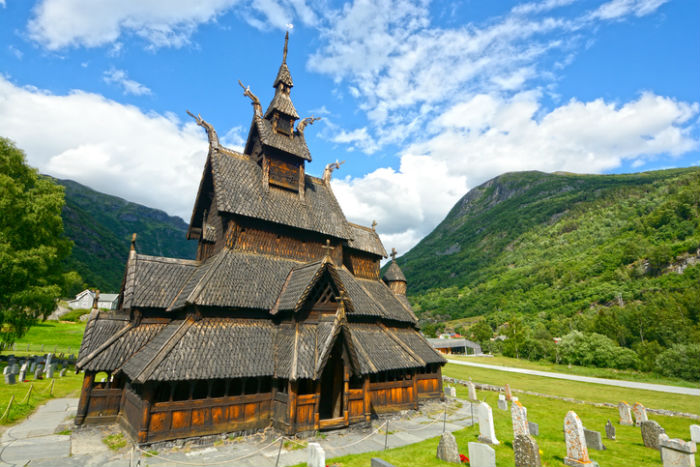 Located in Borgund Village, Norway, you’ll find this medieval wooden church both different and beautiful. This stave church is known to be one of Norway’s most famous landmarks as a terrific example of stave architecture. Some of the finest features of this exceptionally well-preserved church are the lavishly carved portals and the roof carvings of dragons’ heads. It was built around 1180 and is dedicated to the Apostle Andrew. 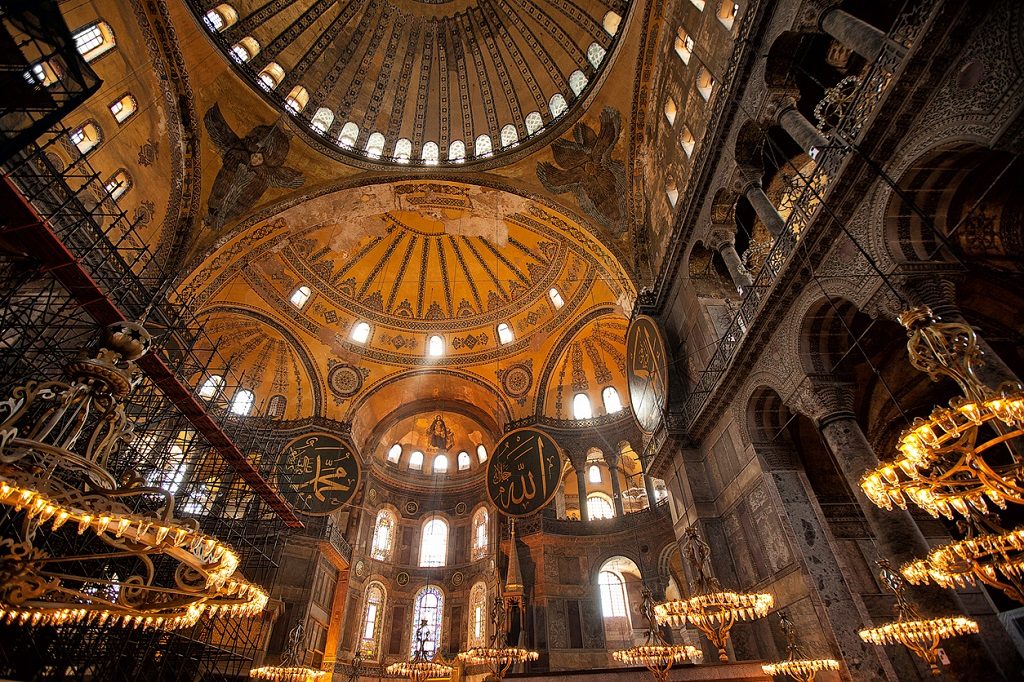 Built on the site of an older 4th-century church, the Hagia Sophia is a landmark of Istanbul (and Constantinople before it). Initially a Greek Orthodox Church and then a Mosque, it is now a museum. It was built in the 530s, after a fire destroyed the previous church, and is the most impressive surviving example of Byzantine architecture.

This parish church in Reykjavík, Iceland is one of the city’s best-known landmarks and is visible throughout the city.  At 74.5 metres (244 ft) high, it is the largest church in Iceland and was designed to resemble the trap-rocks, mountains and glaciers of Iceland’s landscape. The architect behind this stunning church was State Architect, Guðjón Samuelsson and it was named after the Icelandic poet and clergyman Hallgrímur Pétursson.

Located in Moscow’s Red Square, this popular Russian Orthodox Church was built from 1555 till 1561 on orders from Ivan the Terrible. As it is present at the centre of the city, St. Basil’s marks the geometric centre of Moscow. It has a unique colourful architectural style and also is a UNESCO World Heritage Site. 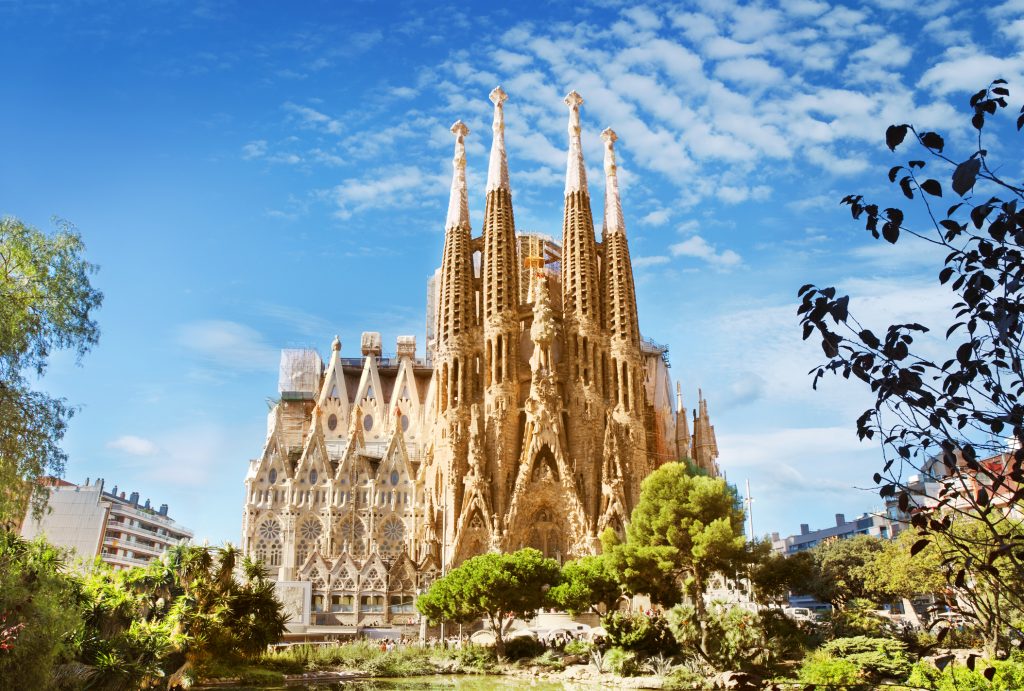 Designed by Catalan architect Antoni Gaudi, the construction of this spectacular Roman Catholic Church began in1882 and umm…Well, it’s still not finished yet. Located in Barcelona, Spain, this church is a UNESCO World Heritage Site and would require nearly a week for you to take a full tour. 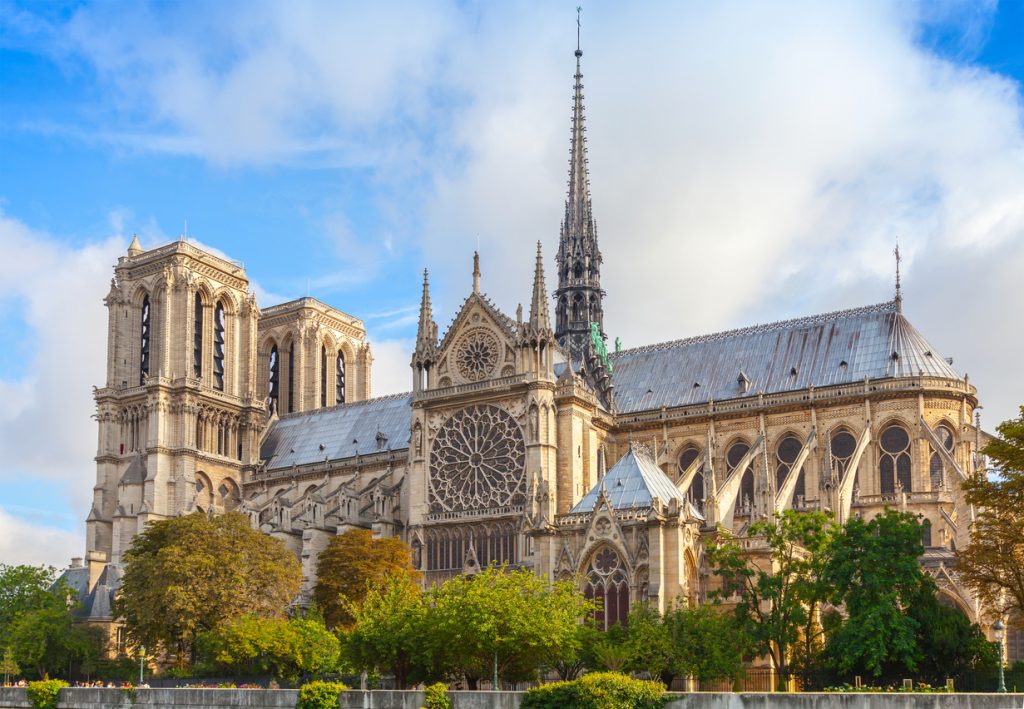 Notre Dame de Paris, a medieval Catholic cathedral is situated in Paris, France and is one of the most singular and beautiful cathedrals of Europe. The cathedral was designed by the well-known artists Pierre de Montreuil and Eugene Viollet-le-Duc; and is famous for its dramatic towers, spire, stained glass and statuary. 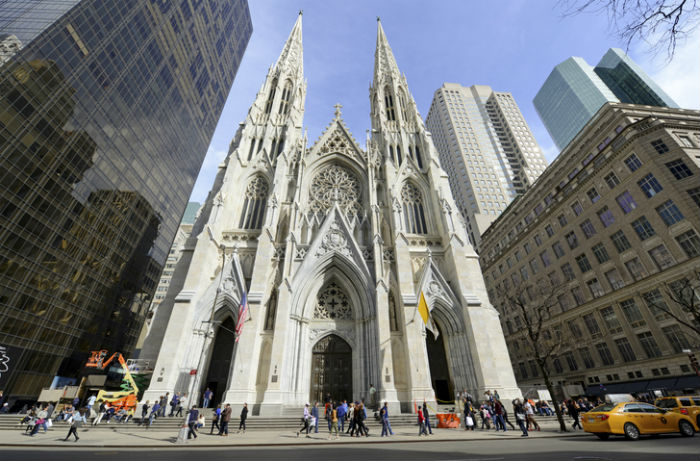 Situated on posh Fifth Avenue near Rockefeller Center, St. Patrick’s Cathedral with its 330-foot spires is a prominent landmark of New York City. This decorated Neo-Gothic-style Roman Catholic cathedral church is considered one of the most visible symbols of Roman Catholicism in New York City and the United States. It is the Mother Church of the Archdiocese of New York and also the seat of the Archbishop.

So visit these magnificent churches from around the globe and tell us your experiences in the comments below!