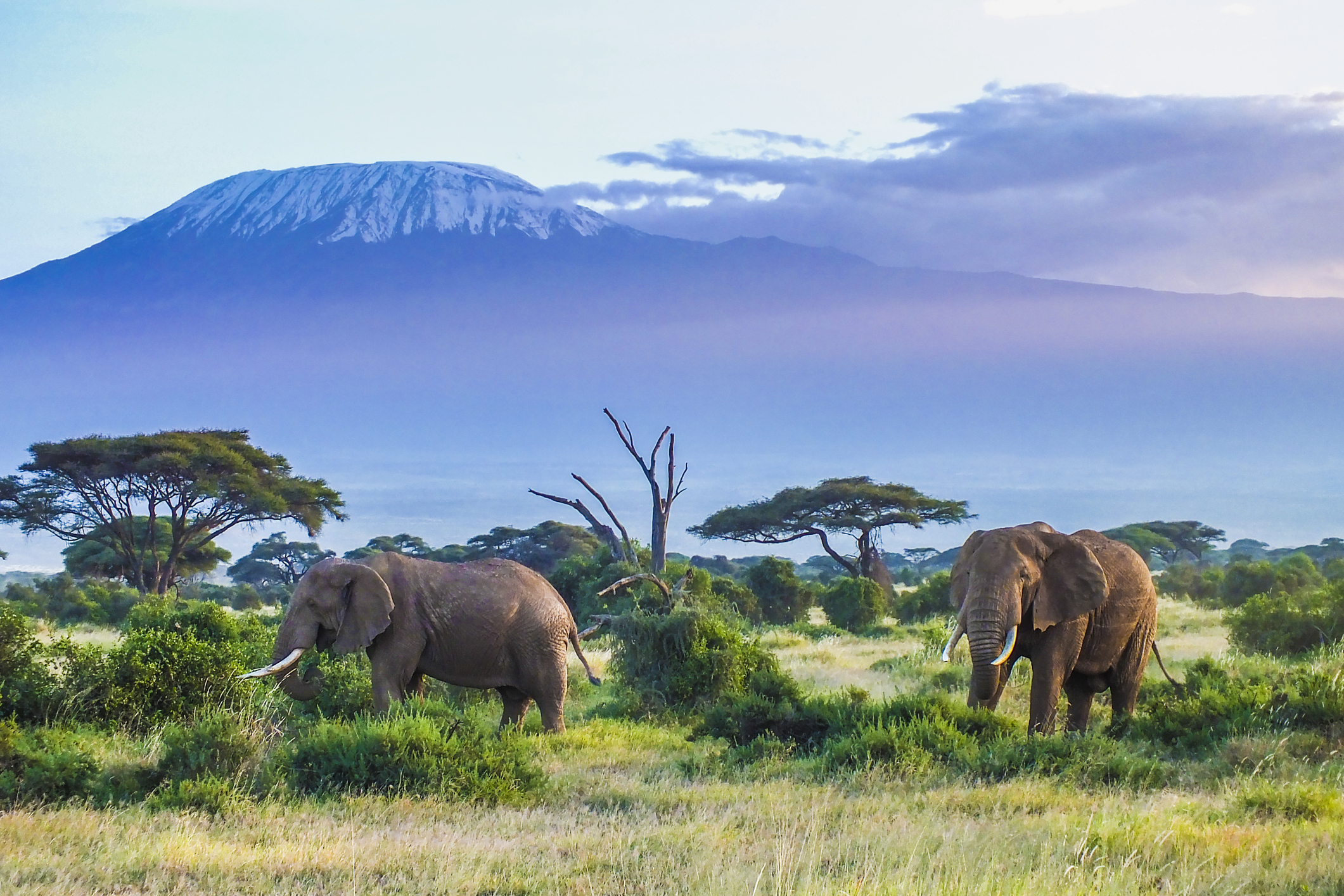 A wobble of laughter do I bring to the place,

Bag-packed in with a blank space,

Shouldering arms on my buddy awestruck by safari.

Is it a dream or am I half asleep?

Oh Nature! Your precious pieces have fallen in Karura Forest,

With a tap on the head, the morning sun awakens me,

Is it a dream or am I half asleep?

Zoom into a spot that nearly goes missing on a quick scan through. Drop by for a lifetime experience. Until then, ‘keeping safari-ing’ in Kenya. One visit is barely enough for this place. It is a mix of with romance and adventure – in equal measures. When you scan for things to do in Kenya, the first one to pop the mind is a Kenyan Safari to see the Wildlife.

But along this extreme wildlife density, be a part of the other eye marvels like Lake Nakuru filled with thousands of flamingos. In these sun-soaked lands, ancient tribes such as the Maasai, Kikuyu, and Samburu retain their traditional customs, living in relative harmony with the natural world. Beyond the world-famous safari parks lies a trove of coastal treasures. Visitors can snorkel and dive fish-rich coral reefs, relax on pearly beaches, experience the melting pot of cultures and cuisines in Mombasa and Malindi, and explore tropical islands steeped in Swahili history. Fly in and discover the exciting travel destinations in Kenya – ’The Safari Country,’ one of the best places to see animals ans wildlife.

One of the most ancient and revered game reserves on a Kenyan safari. Bordering Tanzania, the Mara is the northern extension of the Serengeti forming a wildlife corridor between the two countries. It’s named after the statuesque, red-cloaked Maasai people. They live in the park and graze their animals as they have been doing for over centuries. In the language of the ‘Maasai’ Mara means “mottled,” perhaps a reference to the play of light and shadow from the acacia trees and cloud-studded skies on the vast grasslands. 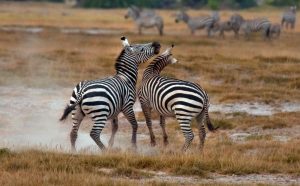 Crowned by Mount Kilimanjaro, signifying Africa’s highest peak, Amboseli National Reserve remains as Kenya’s most popular tourist parks. The name “Amboseli” comes from a Maasai word meaning “salty dust,” an apt description for the park’s parched conditions. Ever wanted to view large elephants up close? This reserve provides you with the chance to view herds. There exists other wildlife specifies in big cats like lion and cheetah. Giraffes are common too. Impala, eland, waterbuck, gazelle, and more than 600 species of birds dwell here. This is paradise for nature lovers who can explore five different habitats here ranging from the dried-up bed of Lake Amboseli, wetlands with Sulfur springs, savannah, and woodlands. Meet the local Maasai people who live in the area around the park.

The spectacular park is sliced into two; Tsavo West and Tsavo East. What’s more fascinating is the park comprising 4% or the country’s total area. It encompasses rivers, waterfalls, Savannah, and volcanic hills. It represents a massive lava-rock plateau and an impressive diversity of wildlife. While Tsavo East is a photographers’ delight with large elephant herds rolling and bathing in red dust, Tsavo West is wetter and topographically more varied with some of the most beautiful scenery in the northern reaches of the park. Don’t miss out on clicking some wild shots. The excitement seizes to stop with the palm-fringed Galana River twists through the park providing excellent game viewing and a lush counterpoint to the arid plains. 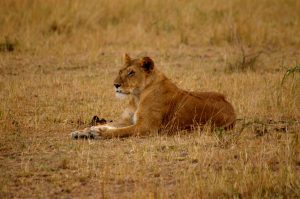 North of Kenya houses the beautiful Buffalo Springs and Shaba National Reserves in an arid region. Legend notes, Shaba National Reserve is one of two areas where George and Joy Adamson raised Elsa the lioness, produced famously in the movie “Born Free.” The wildlife in all three reserves depends on the waters of the river to survive, and many species are specially adapted to the parched conditions. Don’t miss out on the prime attraction in Samburu National Reserve being the Sarara Singing Wells, where warriors sing traditional songs while watering their cattle to drink.

Go beyond the safari on your next trip to Kenya. The country is blessed with a rich heritage of history and places to marvel even when the trip is long done.