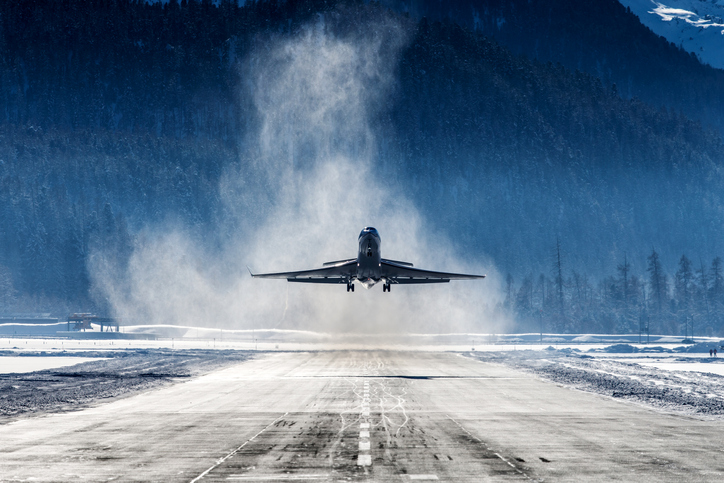 Air travel might be a fascinating journey for many for the first time; for most, it’s almost routine. But whether you are a frequent flier or a first timer, a journey where you are sure to get goosebumps after seeing the airport is unusual. There are a few such dangerous airports world over which at the same time are so fascinating they will make you wonder how they came into existence and how they operate.

Dangerous Airports that have caught our fascination

Airports can be classified as dangerous for many reasons. It could be treacherous landing or takeoff owing to the geographic location or it could be due to the size of the airport that might require exceptional skills for precise takeoff and landing. There are quite a few dangerous airports all over the world, but the thing about danger is it can be quite fascinating as well. So here are the top 6 dangerous airports which also hold a sense of allure.

Perched between the mountains, located at a height of 9000 feet above sea level, lies the Lukla airport which is also known as the Tenzing-Hillary airport. It functions with no radar and only radio communications are used for landing and take-off. It has an asphalt paved runway which is just 1500 feet long, 65 feet in width and has a gradient of 12% north to south which makes this airport one of the most dangerous airports in the world.

Lukla is a small town at the foot of the Everest, and the Lukla airport is the gateway to the Everest. Although extremely small, this is one of the busiest airports in Nepal, handling more than 50 flights on peak days.

The nearest airport to Lukla is the Kathmandu airport. The flight from Kathmandu to Lukla takes around 40 minutes and one needs to book the flights early morning, as a majority of the flights from Kathmandu fly in the morning when the skies are clear, else the weather can go bad at any time which is a major reason for flight cancellations. Additionally, the small control room is often left with power cutoffs which will leave you with no option other than to wait.

Tip: While on your way to Lukla grab the left side seat and on the way back to Kathmandu grab the right side seat to enjoy the most scenic views.

Here’s a video of planes landing and taking off in Lukla Airport which might make you decide if you want to try it or not.

St Barth’s Airport has got one of the shortest runways. Its landing requires the planes to go straight over the heads of public traffic routes which increases the rate of hazards. It needs a trained, or rather a practised pilot to land safely on St. Barth’s Airport.

The problem gets further complicated due to the difficult approach pattern. A special feature of St Barth’s airport is that you need a special license to land here. If this is not enough, the wind conditions will at times make it more difficult to take flight. Only light aircraft are allowed to land here and the design of the airport is typically made for smaller aircraft itself.

Watch this video of a plane landing in St Barth’s nearly hitting a tourist!

This airport caters to around 1.6 million passengers annually and yet is one of the most dangerous as well as fascinating ones. The reason to worry is not just the low flying planes but the runway which starts just past the beach and has at times blown off the beachgoers into sea water. The real test of the pilot is when taking off as one has to brush by the mountains.

People here enjoy the view of planes taking off and landing. You’ll find many beachgoers with their phones and cameras out as a plane is spotted approaching the airport. However, additional fencing has been created to prevent the people from entering the runway, as people who used to come in for the thrills would get blown away by the jet blast from the aircraft.

Constructed during World War II and initially built on a race track, Gibraltar International Airport or Tar Airport which also goes by the name North Front Airport is fitted into an area of just 2.3 sq km.

Stopping the traffic on the main road (Winston Churchill Avenue), which connects Gibraltar to Spain by land, whenever a plane has to land or take off is how it works at Gibraltar airport. Majorly used by the Royal Air Force, this airport also serves civilians through a separate civilian line. The only runway of this airport intersects with Winston Churchill Avenue, the peninsula’s busiest road. The people travelling along the Winston Churchill Avenue have to stop several times a day for any plane taking off or landing. Barriers go down and one can take a ten-minute nap until the plane has either taken off or landed. After all this, the high-pressure weather conditions can make the skies unclear. The southwesterly winds create a greater problem which forms a layer almost on the entire field of view of the airport, blocking the approach.

Watch this video from 0:43 to see a plane landing, turning around and then taxiing to the hangar before the traffic is allowed to pass.

Serving the Courchevel, a ski resort in the French Alps, at an altitude of 6500 metres, the Courchevel Altiport has got a runway of just 537 metres with an 18.6% gradient which makes the take off even more difficult. If the aircraft does not gain enough speed, the only option is to fly off the edge of the cliff, hoping for the best. This one is the real test for pilots as they have to take the aircraft through a narrow valley.

Watch this video of a plane landing in Courchevel Altiport

You can also watch this video at 0:50 to see a plane take off at Courchevel Altiport

This one had over 30 million passengers per year but is currently no longer in service. It served the nation between 1925 & 1998, based on a Visual landing system – pilots had to identify a spot on the ground to mark their approach. Atop the mountains, there is a mark painted in white and red blocks, which is an indication for the pilot to turn around, although one might only see this if they are lucky, else one crosses the mountain and then turns back to land.

At a level of 400 feet, the pilot gets the view of guiding lights and has to take a drastic turn to land safely, making this the reason for Hong Kong to witness some of the most dramatic flights. In 1993, an incoming flight landed into the shallow waters of Hong Kong’s Harbor. In 1998, with the completion of the new airport, this one was shut off permanently.

You will no longer be able to experience being at this airport. But you can watch this video of plane landings in Kai Tak, HongKong International Airport in 1998.

These airports are amongst the most dangerous airports in the world when it comes to taking off and landing. It would take extreme skills and a whole lot of gut to fly a plane from or to here. But it might take just as much gut to be in a plane bound to or from any of these dangerous airports, especially since you are placing your life at the hands of someone else. So, would you do it?

Comment below if you have been to any of these fascinating, yet dangerous airports or let us know which ones (if not all) would you be brave enough to go!

Never do these 6 things at an airport
11 things you may not expect to see on an aircraft
Why do we raise blinds on a plane before landing?
See which 6 airports have the best food