If you’re looking to combat quarantine boredom, why not try something different with some exciting and spooky virtual tours

You might be stuck at home, but that doesn’t mean you can’t use this time to explore the world. And if you’re a fan of horror, thrills, and haunted places, don’t let this stop you either. If you’ve exhausted all your favourite scary movies and fictional thrillers, why not try something different with some exciting and spooky virtual tours?

To help combat quarantine boredom, there are tons of virtual tours you can go on from the comfort (and safety) of your home. Among these are tours of spooky places, haunted experiences, and more eerie sights from around the world.

Also read: The most creepy and terrifying real-life stories shared by people

Here Are Some Exciting Spooky Virtual Tours You Can Go On

In the 18th century, Paris’ cemeteries started to become overcrowded, so the remains of more than six million people were transferred to this extensive underground ossuary full of mysterious tunnels and dead ends, creating one of the scariest places in the city. While the Catacombs are closed for now, you can explore the bones of long-dead French citizens arranged in macabre and beautiful arrangements on this spooky virtual tour.

Also read: Would you take a walk in the spooky catacombs of Paris for real?

The Winchester Mystery House in San Jose, California, is one of the most famous haunted houses in America. It was the former residence of Sarah Winchester, widow of the firearm tycoon William Wirt Winchester. She supposedly expanded the house’s sprawling, nonsensical architecture — which is so convoluted that a hidden room wasn’t found until 2016 — to silence the spirits of those killed by Winchester firearms. Construction on this four-storey house was unceasing from 1886 until her death in 1922. Though it’s closed, you can have this haunted experience yourself on this official video tour.

In 1986, a reactor exploded at the Chernobyl Nuclear Power Plant near the Ukrainian town of Pripyat. Thousands were evacuated in the aftermath, and it is now a ghost town. While small numbers of day-visitors are usually permitted (under strict safety protocols), that’s not now possible. But you can make a virtual visit to this haunted place, driving through abandoned streets, fly over overgrown parks, and even travelling inside buildings still filled with the belongings of evacuees.

Docked in Long Beach, California, this ship-turned-hotel is said to have been haunted ever since it first set sail. Parapsychologists even insist there are vortices to a supernatural plain that make the ship “vulnerable”. However, one thing that’s a certainty is that over 60 people have died on board since 1936. The spooky virtual tour follows the path of the actual physical one you take when visiting the ship.

This hotel in Eureka Springs, Arkansas, is said to be the most haunted in America, with lots of stories of ghosts and visitations. On this hour-long tour, you can visit the hotel as well as other spooky sights like the town morgue. If you’re a fan of spooky places, you can also see Room 217 at The Stanley Hotel in Colorado which inspired Stephen King’s ‘The Shining’.

Bram Stoker might have never visited Romania, but the famous Bran Castle in Transylvania became the inspiration for his famous novel ‘Dracula’. While the old castle is indeed a bit spooky, it actually has little to do with Vlad the Impaler (who inspired the character of Dracula). But, thanks to the internet, you can now visit every corner of this famous castle on this spooky virtual tour.

So, Which Virtual Haunted Tour Will You Pick?

It might not be the same as visiting in person, as these spooky destinations often have a certain ~atmosphere~ that is difficult to recreate. But virtual tours will have to do until you can visit for real. There are lots of tours listed around the internet, and these are just the tip of the iceberg. 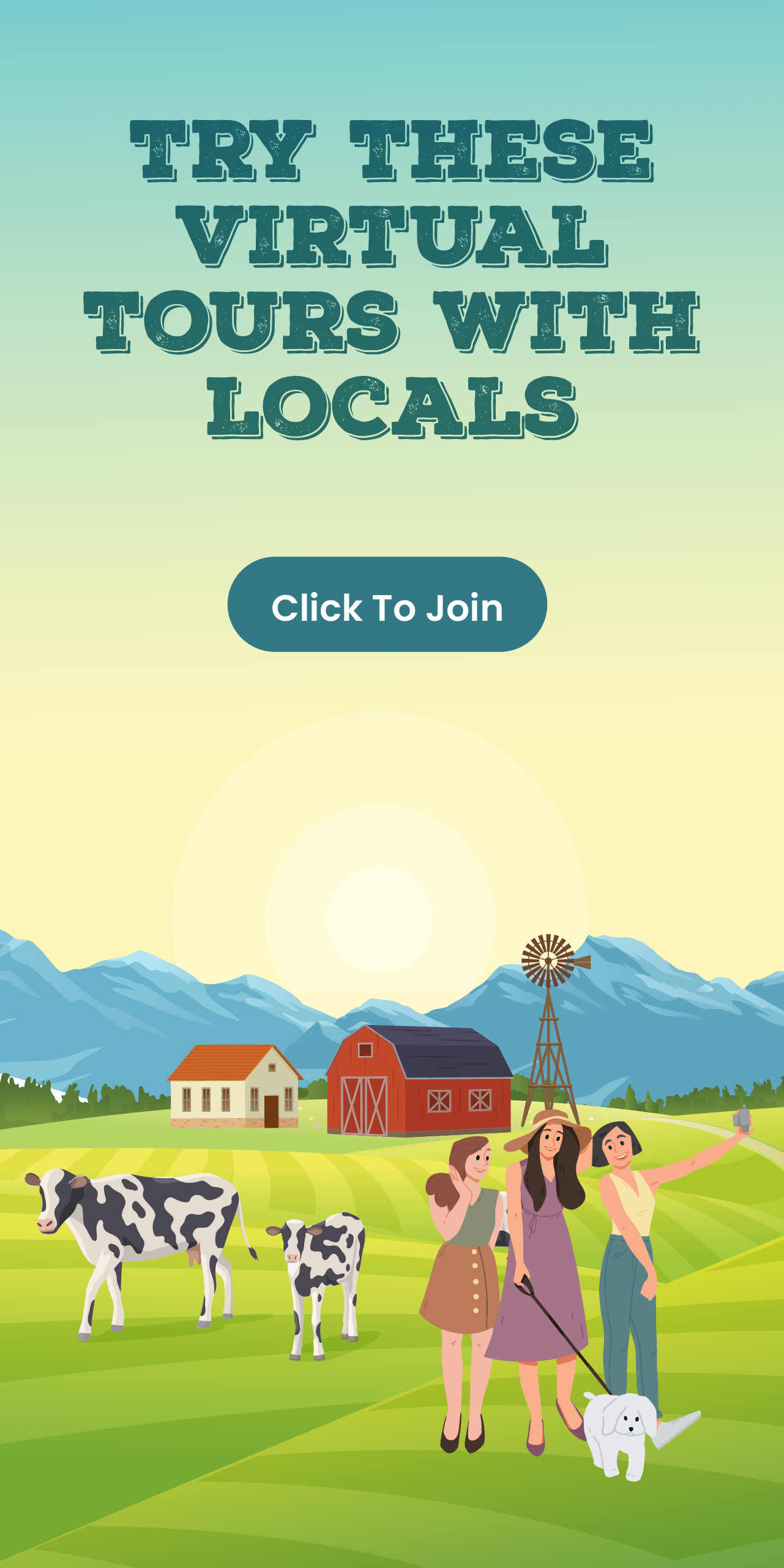