Air travel has become an essential part of our travels and also our lives. It might be a fascinating journey for many for the first time; for most, it’s almost a routine. But whether you are travelling for leisure or work, an airport is also often one of the first places which give one the first impression of a country. For example, during the few hours (or more, due to the delays!) spend at any airport, delicious dining options are fondly remembered, or how architecturally interesting it was. Here’s a list of best airports around the world that will ensure you have a great start or end to your journey: 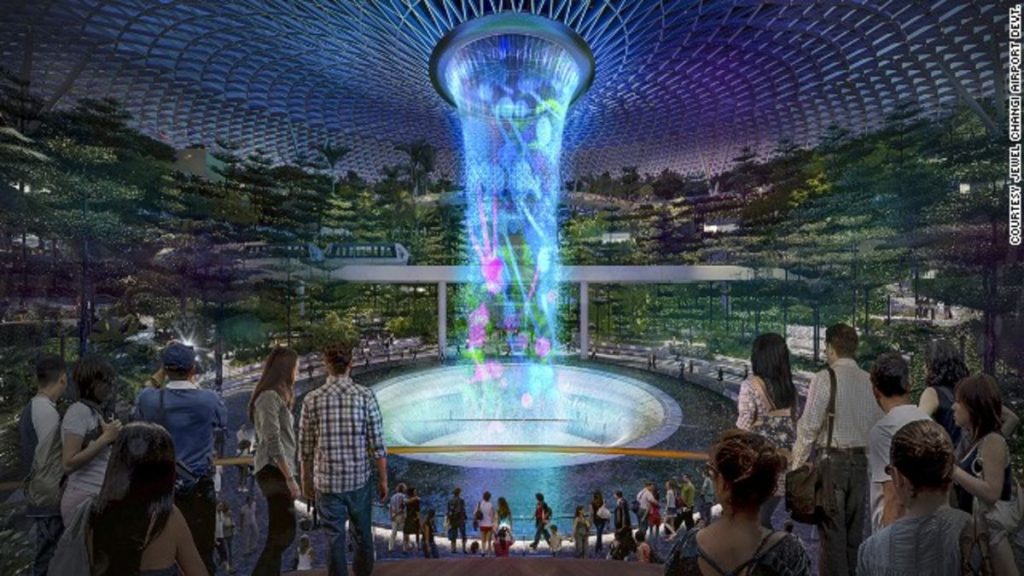 Singapore Changi Airport in Singapore is a destination in itself.  The airport offers two dozen lounges, movie theatres screening films for free, a rooftop swimming pool, a sunflower nursery with home-grown plants, an indoor waterfall, butterfly garden, and open-air decks and restaurants. Other than its world-class facilities; it connects customers to over 200 destinations worldwide, with 5000 arrivals and departures a week by 80 international airlines. Passengers can also avail the facial recognition technology that the airport is fully automated with.

One of the world’s busiest passenger airports, Hong Kong International Airport serves over 100 airlines operating flights to about 180 locations worldwide, including 44 destinations on the Chinese Mainland. Also, home to one of the world’s largest passenger terminal buildings, the airport offers the wide array of premium class lounges, amenities like nap rooms and an IMAX theatre, an indoor golf club and, the Regal Airport Hotel attached to the main terminal.

The largest airport in South Korea, Incheon International Airport is also one of the busiest in the world. Incheon Airport is known for its spacious VIP lounges and amenities which include an indoor skating rink, golf course, private sleeping dorms, a casino, indoor gardens, a spa, and a “Cultural Street” with local cuisine and dance performances. While it is 30 miles from the capital city-Seoul, a high-speed rail link makes the trip from the terminal to the city centre in 43 minutes.

Also Read: Top 5 Dangerous Yet Fascinating Airports In The World

With its five runways and four terminals, Al Maktoum International Airport is the biggest airport in the world. Serving as the base for its flag airline Emirates, along with around 140 airlines, including low-cost upstart flydubai, this airport is one of the three busiest airports in the world overall. The airport forms the heart of a 140sq km multiphase development of six clustered zones. It offers multiple concourses, Executive and royal jet centres, Hotels and shopping malls.

Located south of capital city Doha, Hamad International Airport in Qatar is the sole international airport in Qatar. It can accommodate up to 30 million passengers annually and has been described as the most architecturally significant terminal complex in the world, as well as being the most luxurious.

The airport has a collection of ground-breaking pieces of modern art. Out of them, the most prominent one is Swiss created giant bronze statue of a teddy bear sitting under a black lamp. Standing at seven meters tall and weighing approximately 18-20 tons, the statue is known as “Lamp Bear” and is on display in the grand foyer of the airport’s duty-free shopping hall.

Also known as Haneda Airport, Tokyo International Airport handles around 86m passengers a year making it the third busiest airport in Asia and 4th in the world. Boasting both domestic and international terminals, this airport has played a very important role in promoting Japan’s development as a tourism-oriented nation. The airport acts as the primary base of Japan’s two major domestic airlines, Japan Airlines and All Nippon Airways. It is located in Ōta, Tokyo (just 15 kilometres south of Tokyo Station) and offers a six-story restaurant, shopping centre and a rooftop observation deck with an open-air café.

Located 32 km (20 miles) northeast of city centre, at Chaoyang-Sunyi District, Beijing Capital Airport is the largest Chinese airport. Also known to be the main international airport serving the city of Beijing in the People’s Republic of China, it has three terminals operating almost 250+ flight routes. The impressively huge, gleaming roof arching over Terminal 3, designed by British architect Sir Norman Foster, was constructed to welcome the athletes of the 2008 Summer Olympics. This architectural masterpiece is the sixth-largest building (and second-largest airport terminal) in the world by area size and also uses the red and yellow flag as symbols of China.

Which of these 7 best airports have you already visited? Let us know in the comments below!

Exploring The Gem of The Middle East; Saudi Arabia