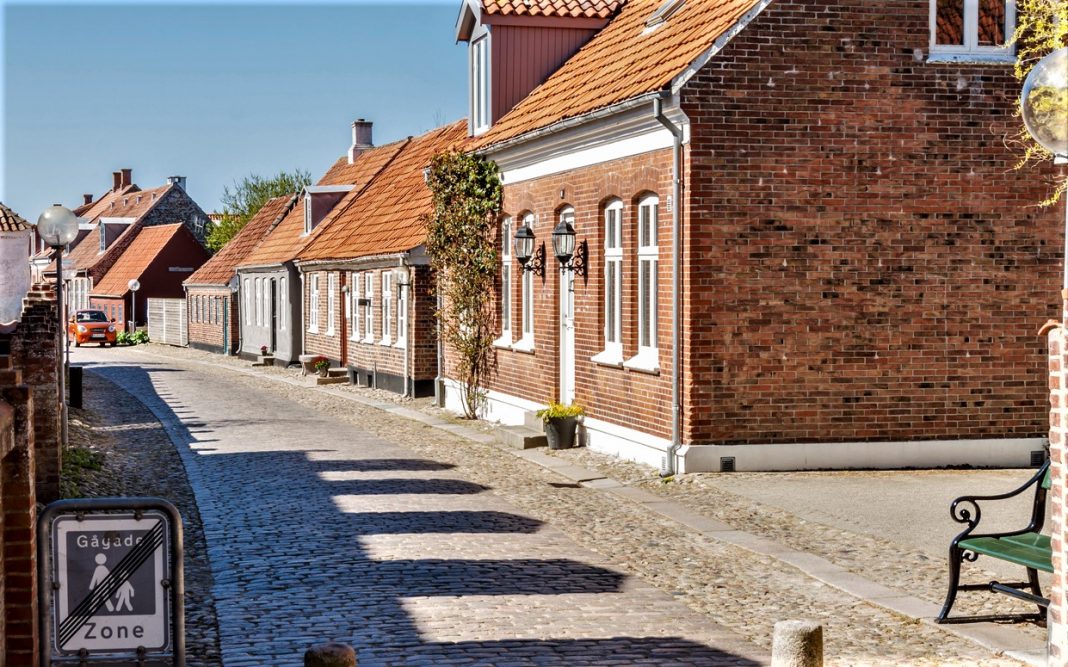 Recently, I spent some time studying in Denmark, and while my weekdays were packed with lectures, I had the weekends free to explore this wonderful country. Initially, I had planned to just visit the larger cities of Denmark, and small towns were not on the list. But, after visiting Kolding, I became fascinated by the beauty of small European towns.

Also Read: When I Spent A Day In Kolding, Denmark

And so, Ringkøbing was added to my list! I planned to visit Ringkøbing not on the weekend, but during a weekday. This was a bit of advice I got from my local friends, as Ringkobing is pretty crowded on the weekends.

Have you ever visited a new place and just went, wow? For me, it happened at Ringkøbing.

Ringkøbing may not be as popular as many other cities in Denmark, but don’t let that fool you. Like me, you’ll be surprised by some of the unique things to do at this unusual destination. It was a 40-minute train journey from Herning (where I was staying), and the ticket costs 55 DKK (550 INR) each way.

#ProTip – book your bus and train tickets through the Arriva Tog app to save time and to get amazing deals and cheap ticket prices. Believe me! I basically travelled from Herning to Ringkøbing for free, because I received used a code to get 55 DKK cashback. 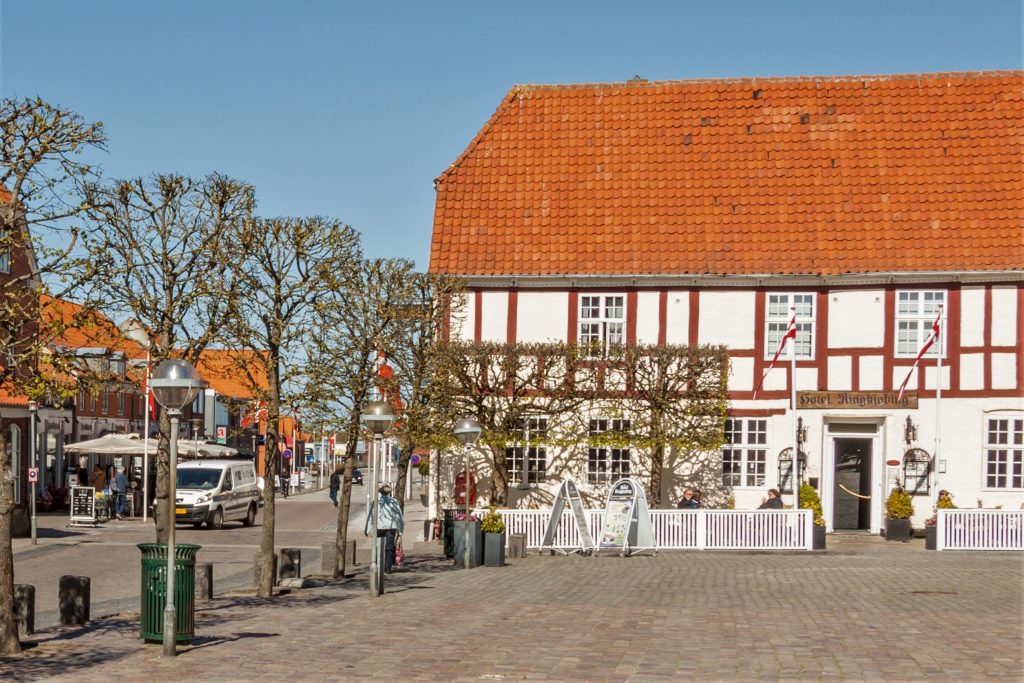 We set out early in the morning and reached Ringkøbing at around 10 am and immediately set about looking for a good place to have breakfast. We spotted Hotel Ringkøbing close to the railway station and we were drawn to it by the colourful lights and bookshelves that gave a cosy appearance – perfect for a country that celebrates “hygge” (a Danish word that refers to the warm atmosphere and cosiness that comes with contentment). I read ‘The Lean Startup’ with some cold coffee and a ham and cheese sandwich. 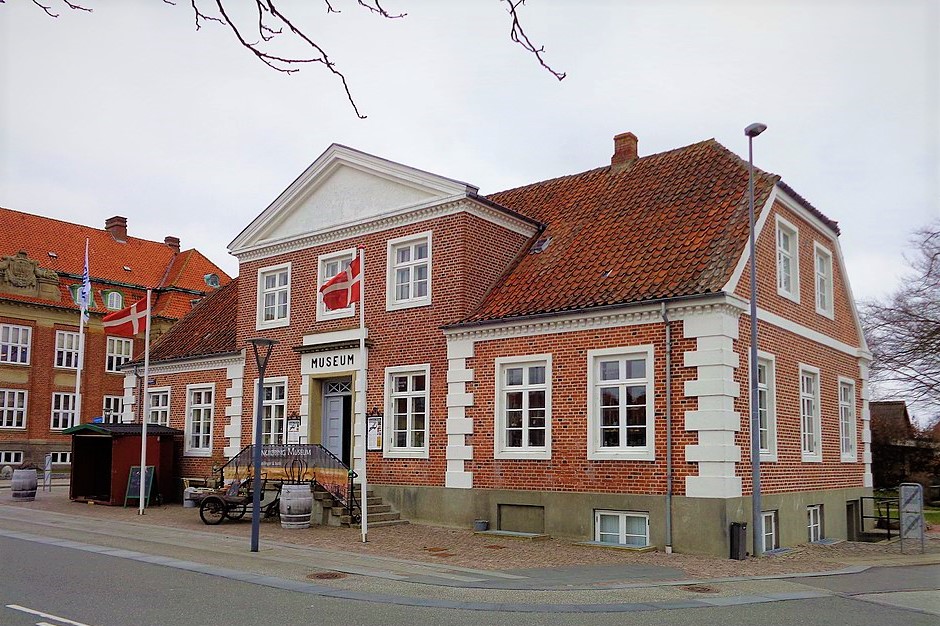 The Ringkøbing-Skjern Museum is a mix of a regular museum and an open-air museum. It was created in 2007 when the regional Ringkøbing Museum merged with the open-air museum Skjern-Egvad Museum and has lots of little sub-museums in the region. I visited the main one, located near the city centre. Ther are different exhibitions on Danish history and they also have regular city walks. I would suggest that you spend a couple of hours visiting this museum, and check out the many exhibits – especially the replica of an underground shelter and other war memorabilia.

From the museum, we walked to the Ringkøbing Kirke (‘Kirke’ in Danish means church) which is close by. It was first built in the 1400s, though they have added bits and pieces over the years. We were lucky enough to be here in time for a prayer meeting and really enjoyed the special experience.

Don’t miss the magnificent Renaissance pulpits (erected in the 16th and 17th centuries) and showing images of the twelve apostles and the main organ built by Th. Frobenius & Sønner in 1974. There is also a big garden outside the church where you can spend some time relaxing.

Survival of the Fattest

From the church, we decided to break for lunch and on the way, we passed a sculpture called “Survival of the Fattest“. It is made by Jens Galschiøt and Lars Calmar and shows a small, starved boy carrying a fat woman, which is meant to symbolise how imbalanced distribution of the world’s resources are. I really loved this thought-provoking sculpture and its message about injustice.

At the base, there is an inscription that says “I’m sitting on the back of a man. He is sinking under the burden. I would do anything to help him. Except stepping down from his back.”

After a lot of walking around the town, it was time for some delicious food! We picked the Ristorante Pizzeria Italia, a cosy place with a nice atmosphere, with friendly service and very reasonably priced food. I ordered a pizza, steak and large beer; the pizza was fresh and tasty while the beer was so big, I struggled to lift it with one hand! I truly recommend this place for anyone visiting Ringkobing.

After having such delicious food, it was, unfortunately, time to go back; on our way back to the railway station, we saw this really beautiful sculpture called ‘Miss Ringkøbing’. When we asked around, we found out that this was a relatively new sculpture, and the artist was none other than the late His Royal Highness Prince Henrik, who was the husband of Queen Margrethe II. You can find this sculpture in the middle of Ringkøbing town square.

Well, finally, it was the time to go back to Herning and we returned to the railway station to catch our train. But, I truly wish to revisit someday again and to finally see everything that I missed and just relax here.

A Guide To The Amazing Things To Do In Denmark
Malavika Kumar · Jan 2, 2019