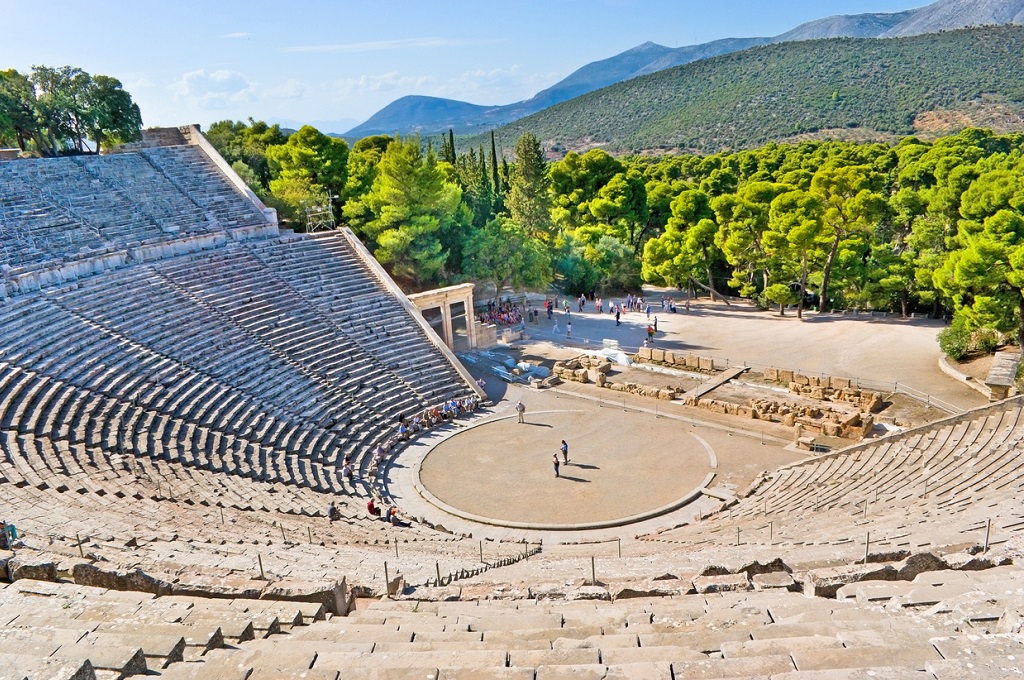 Architecture is another form of art. Each city with its own architecture teaches us how culture and time are intrinsically connected to art. Also, art and tourism are much far off when we see architecture lovers following their favourite architects and their works irrespective of the country lines. So, here’s a list of dazzling cities that any architecture lover will love:

The Sagrada Familia Cathedral in Barcelona

Undoubtedly a visual delight, Barcelona is known for its over 2000 years of architectural history where Gothic architecture, Catalan Modernism, and Art Nouveau meet.

Right at the streets of this beautiful city, you’ll find Roman ruins and Gothic cathedrals mix with the whimsical, undulating designs of Catalan modernist Antoni Gaudí, who made Barcelona his home and artistic playground. This early 19th-century architect took his inspiration from gothic and oriental techniques and aimed at creating organic urban spaces. While Gaudi used many techniques, his signature style is focused around stained glass mosaics with flamboyant colours, undulating stonework and ironwork. You can see his stunning work all around the city, for example, La Sagrada Familia (the unfinished masterpiece), Casa Batlló and Park Güell.

There is also something called Barcelona Design Week that happens every June offering its participants the chance to re-evaluate historic architecture and promote creativity and innovation.

Also Read: Things You Have To See In Barcelona

If you are a fan of modern architecture, Dubai has to be on your bucket list for its futuristic buildings and jaw-dropping vantage points! This is the city where imagination becomes reality. This former fishing village has redefined luxury with its exponential growth in the past ten years. It now features the world’s tallest building- Burj Khalifa, which stands at a staggering height of 2,716 feet (828 meters). Not only that at, but it is also home to the world’s only seven-star hotel- Burj Al Arab which displays a curved silhouette that reflects the sails of ships gliding through the city and extends into the Persian Gulf.

Experience the authentic local life in the Old Town where you can find a lively, charming pocket of narrow alleyways and sand-coloured, classic Arabian-style abodes.

You can see the collision of classical influences such as Greek, Roman, Byzantine and Ottoman across the massive city of Istanbul. Being a hub of trade, power and culture for thousands of years, Istanbul shows the dichotomy and coexistence of styles with its staggering array of monuments, palaces and towers.

The city’s greatest landmark is the once basilica, then mosque and now museum, 6th-century Hagia Sophia in Sultanahmet and you will be astonished by large colossal Byzantine dome and glittering mosaic work. Witness the historic legacy of this city with palatial, 17th-century Blue Mosque and the Topkapı Palace, which was once the heart of the Ottoman Empire.

Also Read: Byzantine Buildings You Have To See

The Great Chicago Fire in 1871 reduced the city to ashes. However, the destruction of the city’s downtown in a way paved the way for its architectural innovation. With the use of ‘new materials’ such as reinforced concrete and steel and the invention of machines such as the elevator; the first skyscraper was born. Chicago became the home to world’s first skyscraper and earned a reputation for architectural experimentation with arresting high-rise creations and the work of pioneering modernists, such as Frank Lloyd Wright.

Admire the city’s iconic and recognizable buildings, such as sculptural Aqua Tower, the geometric glass of the Spertus Institute, the Cloud Gate and Willis Tower (aka Sears Tower).

Also Read: Can You Really See New York In A Day?

The Moorish Architecture of Marrakech is a must for every architecture lover! This former imperial city in western Morocco will surprise you dazzle you with its ancient artistry that continues to thrive, kept alive by the modern craftspeople of the souqs and the contemporary art and design scene of the Ville Nouvelle.

Don’t forget to visit the magnificent buildings of Marrakech that are steeped in a fine blend of Andalusian, Berber-Arab and French influences. For example, the enchanting Bahia Palace and the Dar Si Said for their detailed tile-work and intricate floral painted-wood ceiling, the Saadian Tombs which are enriched by an opulent bounty of marble; and the Musée de Mouassine with Musée de Marrakech that showcases their swirling stucco and carved-wood designs.

Also Read: Here Are The Top 11 Things To Do In Marrakesh

Also known as the Venice of the North, St Petersburg is defined by the 18th century Rococo movement that took over the Baroque style that came before it. The best example of Rococo architecture style is the Catherine Palace which adds a unique twist with Rococo’s elements like pale-coloured curves and secular light-hearted themes.

Russia’s second-largest city after Moscow, St. Petersburg embodies over three centuries of the country’s history with breathtaking architecture and gives a colourful and eclectic style that has evolved over time, creating a marvellous kaleidoscope of styles ranging from Baroque to Neoclassical and Style Moderne. Discover the best of St Petersburg architecture with the stunning cathedrals, glorious imperial palaces, romantic bridges and gorgeous palazzos but also with Dostoevsky’s paths and the world famous Nevsky Prospekt.

Also Read: 18 Of The Best Things To Do In St Petersburg, Russia

The new capital city of Brazil is the brainchild of Brazilian architect Oscar Niemeyer and is a glorious experiment in late ’50s modernism. The buildings designed by him for the new town are defined by the dynamic lines, use of materials like concrete and glass, and sharp contrasts typical of Futurism (a branch of Modernism).

You shouldn’t miss the Cathedral of Brasília or Cathedral Metropolitana with its 16 parabolic concrete columns reaching for the sky as you sit below ground surrounded by soaring stained-glass windows opening to the heavens. Apart from the Cathedral, take a trip to the National Congress of Brazil, the residence of the President, Three Powers Square, Museu Nacional and the Attorney General’s office.

Acropolis, Parthenon and Theatre of Herodes Atticus in Athens, Greece.

Are you ready to take a step back in time to ancient Greece? Athens’s rich history can be seen where stonework dates back to 400 BC, temples are held up by centuries-old columns, and sculptures of deities.  As the birthplace of democracy, Athens provides some exemplary structures which represent the enduring nature of Athens culture and society.

Visit the perfect examples of classic Greek architecture such as Temple of Hephaestus, Temple of Olympian Zeus, or the iconic Parthenon on Acropolis Hill, Temple of Athena, Temple of Poseidon, the ancient Greek theatre.

Often coined as the Paris of Eastern Europe, Budapest is the best places to see Art Nouveau architectural style today. Counted as one of the most gorgeous European cities for architecture, Budapest also features a blend of styles that point to Hungary’s eastern heritage. One can find curving forms, organic shapes, use of iron and glass, and colourful flourishes all over this city, including Baroque and Turkish architecture.

Walk along the Chain Bridge, built in the 1800s, it connects Buda and Pest to catch great views of both parts of the city. Walk further to soak in the views from Buda castle.

Also Read: 18 Of The Most Amazing Things To Do In Budapest

The cavernous and sumptuously decorated interior of St. Peters Basilica

The ancient city of Rome is the perfect blend of ancient ruins and contemporary buildings, overflowing with treasures for history and architecture buffs. Rome’s classical elegance comes from exemplifying and adapting every architectural style since the ancient Classical movement (Romanesque, Gothic, Renaissance– you name it). Today, this eternal city is one of the biggest centres of 17th-century Baroque architecture, known for its grandiosity, opulence, and contrast between light and shadow.

In Rome, you can step into the past: Witness Colosseum’s for a sense of ancient power and glory or marvel at the ingenuity of 2000-year-old Pantheon; visit St. Peter’s Square, Santi Luca e Martina and stroll past graceful church domes like those at San Carlo alle Quattro Fontane or make a wish at Trevi Fountain to see the dramatic style in person.

The national capital city of India, Delhi is so stranger to history or architecture. As the capital contains both old Delhi and New Delhi, it embraces the historic old town and the metropolitan new city. We can see Delhi’s varied nature through the rich architectural heritage of the city itself. The Mughal architecture is a characteristic blend of Indo-Islamic-Persian style that flourished on the Indian subcontinent during the Mughal Empire and combined the elements of Islamic & Mughal Architecture. You can, therefore, see the influence of Hindu Rajput craftsmen in the naturalistic motifs, the serpentine tendrils, and even the curves of the alphabets of Qurʾānic inscriptions.

One of the greatest examples of Persian art and Architecture in Delhi would be Jama Masjid. This Principal mosque is not just a constant reminder of the simplicity of the Mughal architecture but also reveals an increasing use of marble, elaboration of external surfaces with florid decoration, and the construction of circular domes and lofty minarets.

Also Read: Where To See The Best Mughal Buildings

So, architecture lovers, add these cities in your itinerary and do let us know about your experiences in the comments below!